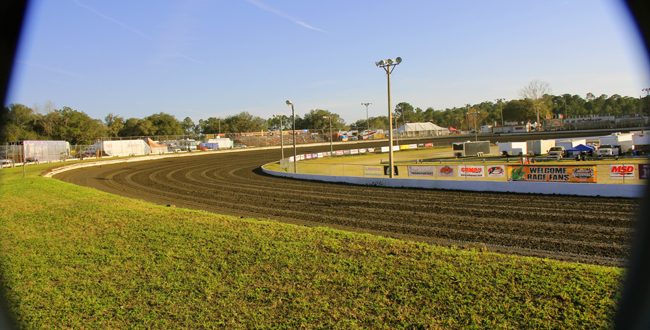 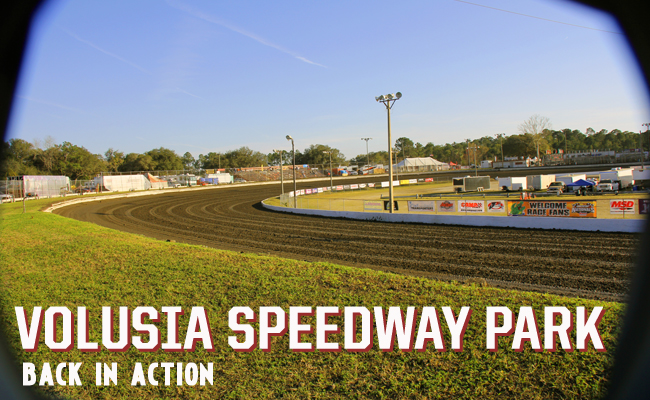 CONCORD, N.C. – Oct. 25, 2016 – DIRTcar Racing is proud to announce Volusia Speedway Park will be resuming weekly racing in 2016. VSP Racing, LLC and DIRTcar Racing have come to an agreement to finish out the 2016 racing season.

Racing action is scheduled to resume Friday, November 18 with an open practice for all divisions, and a full racing program on Saturday, November 19 that will include Late Models, Hobby Stocks, Thunderstocks, and Gladiators.

VSP Racing, LLC is newly founded and owned by John Allen of De Leon Springs, Florida. Allen has been a sponsor at the track for the past three years and is thrilled at the new opportunity.

Other racing action for 2016 will include racing dates on November 26, December 3, and December 10, which would conclude the 2016 racing action.

With the track re-opening in November, VSP Racing, LLC points for all racing divisions are now final per the old schedule (final points race was October 29). The Youngs Enterprises Iron Man Series will still run the remaining two events, and details for those events will be announced in the near future.