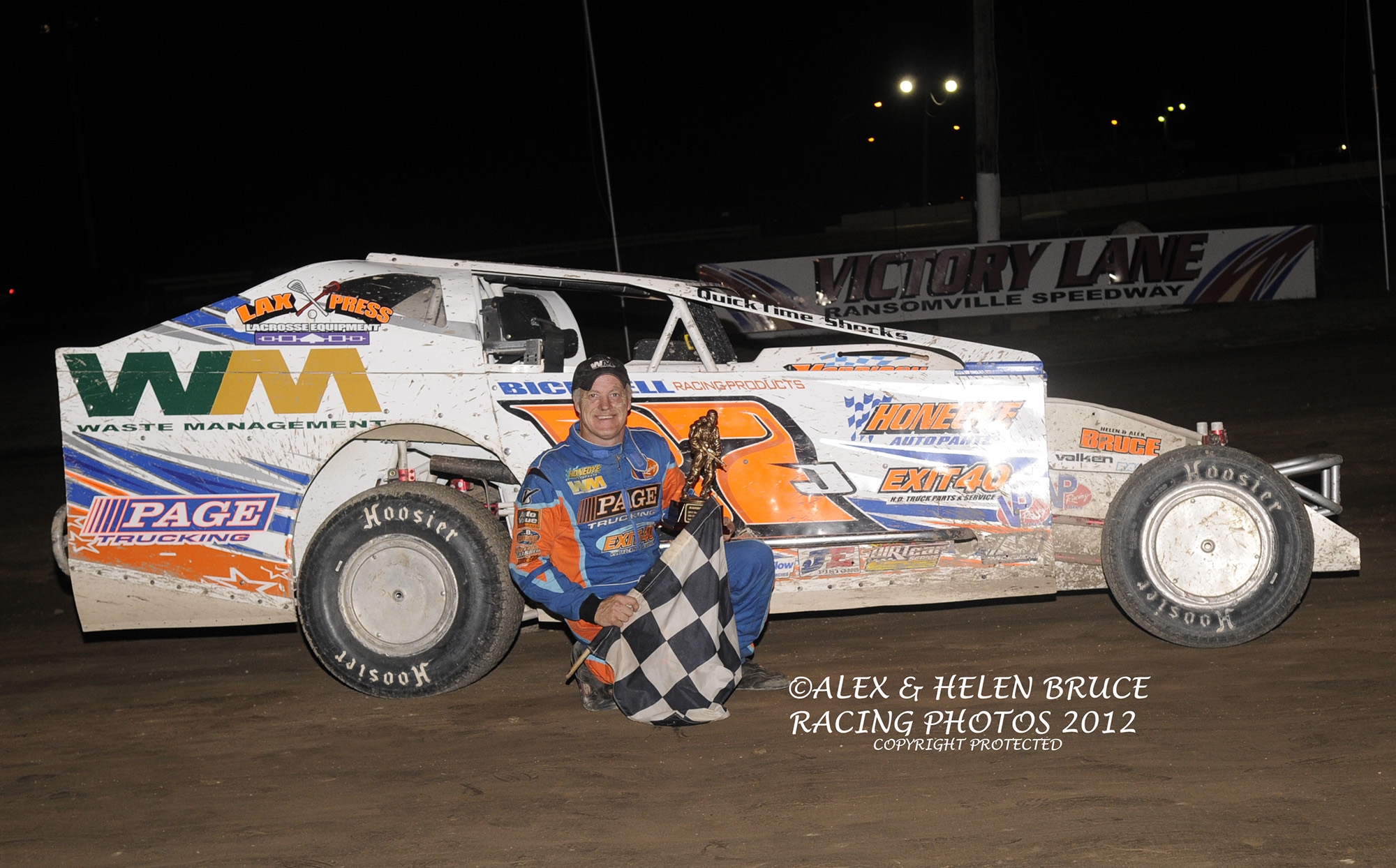 RANSOMVILLE, N. Y. – July 5, 2012 – Danny Johnson outlasted challengers Pete Bicknell and Chad Brachmann at Tuesday’s “Battle at the Border” to garner his second DIRTcar 358-Modified Series win this season. Johnson’s victory at Ransomville Speedway makes him only driver to win the track’s annual “Battle at the Border,” now in its third year, and solidifies his lead in the 358-Modified Series point standings.

“The Doctor” claimed first early in the race, powering his Waste Management/Page Transportation #27j through a 3-wide field to beat out early leaders Bicknell and Brachmann, and maintaining his position for the remainder of the 75-lap feature.

“Mr. Small Block” Bicknell made a last-ditch effort to overtake Johnson in the final laps, but would have to settle for second, his best finish of the
season.