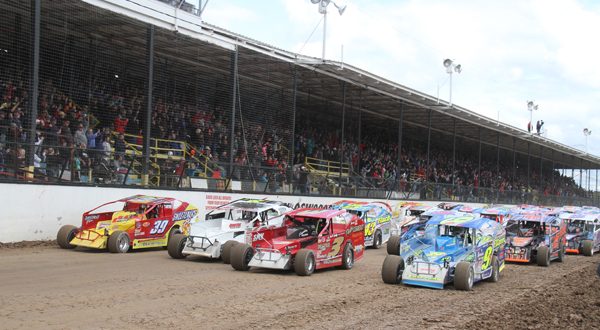 Full coverage of the Super DIRTcar Series Bud Light 200 will be presented on Suzuki presents SPEED SPORT on MAVTV in a special two-hour format, with the first half of the event airing from 7-8 p.m. ET, followed by the second half from 8-9 p.m. ET. The entire broadcast will then re-air from 10 p.m. ET to midnight.

The Bud Light 200 broadcast for the Super DIRTcar Series is just the first in a host of programming to air on Suzuki presents SPEED SPORT on MAVTV geared around the action at NAPA Auto Parts Super DIRT Week XLV and Oswego Speedway. Be sure to check www.SuperDIRTWeekonline.com for future air dates.

SPEED SPORT, a multimedia motorsports news organization with roots dating to 1934, was built on short-track racing. The feature-based SPEED SPORT Magazine is delivered monthly while breaking news is available as soon as it happens at www.SPEEDSPORT.com, which is also where fans can register for the free “Daily presented by General Tire” that rounds up all of the major stories from the previous 24 hours. Be sure to follow SPEED SPORT online at www.SPEEDSPORT.com or via social media at facebook.com/SpeedSport, twitter.com/SPEEDSPORT or youtube.com/SpeedSportTV.