The BRP/Hoosier Tires Modified Tour closed out the 2009 season in fine style Saturday, January 30, at Big Daddy’s Speed Center in Grove City, PA. The Modified Tour distributed over $42,000, a record amount in cash and contingency awards, to the top 25 racers participating in the regional series. In addition, Ray Baselj, Modified Tour President, publicly announced a transition in the leadership of the non-profit sanctioning body.

Rex King, Sr., claimed the largest share of the loot for his third Modified Tour point championship. Coming off season-ending surgery, few would have predicted that the veteran from Bristolville, OH would enjoy as much success as he did in 2009. However, King Sr. blasted from ninth to a heat race win on opening night at Mercer Raceway Park and it was Game ON! He cruised to an easy feature win that night, his first of two on the season. However, he had to overcome some gremlins in the engine room midseason and fight back to regain the points lead. Runner-up Del Rougeux, Jr. and third place Dave Murdick each took their turns leading the points chase while King Sr. had his slump. However, King Sr. scored a fifth place finish in the finale at Lernerville Speedway to nail down the title by a mere five points.

Rex King, Jr., Brad Rapp, Gary Smoker, Mike Turner and Mark Frankhouser finished in positions six through ten. Each received a check for at least $1,000, along with their contingencies.

Special awards were also given for performance in the 2009 season. The Pennsylvania Army National Guard Heat Race Challenge award went to Rex King, Sr., who chalked up five heat race wins. The Hard Charger Award was Jeremiah Shingledecker, who passed the most cars in feature event competition. Ryan Hall claimed the Rookie of the Year title. And, the award that no driver wishes to receive, the Hard Luck award, was given to Dean Pearson.

“We were extremely proud to be able to reward the racers who support this series,” Baselj said. “The Board works very hard to raise this money and gather the product sponsors; just as the racers work very hard to put on tremendous programs for the fans,” he added. “I would also be remiss if I did not recognize the promoters who give us the opportunity to present these exciting races at their fine facilities.”

The award ceremonies were a bittersweet moment for Baselj, who acted as the master of ceremonies and host for the big event. Citing personal reasons relating to his health and business, Baselj made the emotional announcement that he was stepping down as the President of the Modified Tour. At a recent Board meeting, Vice President Lou Long was selected to succeed him.

“Ray left a big set of shoes for me to fill,” Long said. “He accomplished so much during his tenure and that is truly remarkable considering the challenges that he faced.” Baselj is a cancer survivor and he operates two businesses. “Fortunately, Ray is not leaving the Tour completely.” Long explained, “Ray agreed to remain as a Board member and he will be the Vice President and Director of Marketing.” “I will draw upon his experience and knowledge of the racing industry as we forge ahead.”

Modified Tour officials continue to solidify the 2010 schedule. Currently, there are confirmed dates at Pittsburgh Pennsylvania Motor Speedway (May 29), Tri-City Speedway (July 4) Sharon Speedway (July 7 and September 18) and Midway Speedway (October 2). The Modified Tour has received commitments from Lernerville Speedway and West Virginia Motor Speedway, but actual race dates have yet to be set. Negotiations are still in progress to secure additional races from several of the traditional venues that have supported the Modified Tour. Announcements will appear on the website, www.modifiedtourinc.com as details are filled in.

The Modified Tour, Inc. racing series is a non-profit organization established in 1998 to give the V-8 Modifieds in the Western Pennsylvania area the opportunity to compete for higher purses and for a seasonal point fund. It has had great success at bringing the local cars together at tracks throughout the tri-state area and in expanding the profile for this exciting brand of motorsports. 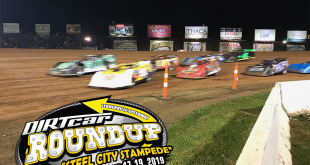 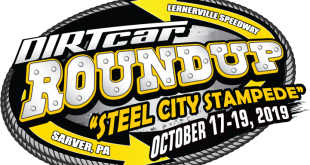