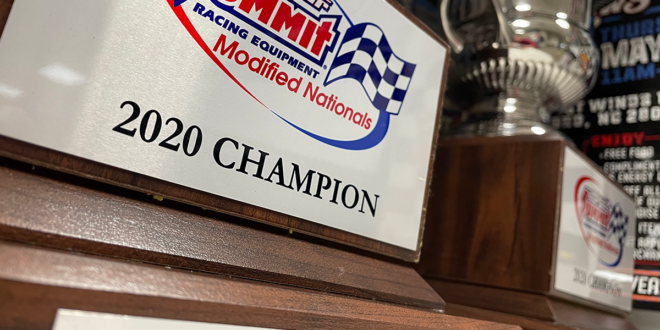 They raced hard all year, and it’s time now to name the 2020 DIRTcar Racing award recipients and recognize each of the national and regional champions from this past season. Congratulations to each of the award winners!

Late Model Chassis Champion & Builder of the Year – Rocket Chassis
Rocket Chassis were again the brand to beat in 2020, serving as the framework of choice for DIRTcar National champions Brian Shirley and Torin Mettile, as well as regional champions Rusty Griffaw, Devin Shiels and Chad Finley.

Late Model Engine Builder of the Year – Durham Racing Engines
Andy Durham and his associates at the company’s shop in Trinity, NC, put together another winning package for customers in 2020, powering Brian Shirley’s championship run as well as several other Late Model teams around the nation.

DIRTcar Racing Rookie of the Year – Jeffrey Ledford
The 21-year-old former UMP Modified regular from Pontiac, IL, made the jump into a full-size DIRTcar Late Model for the 2020 season and made it count, finishing 27th overall in the national Late Model points standings. A standout performance was spawned right out of the gate, as he came from 14th to finish 7th in only his second time behind the wheel at Federated Auto Parts Raceway at I-55 in June.