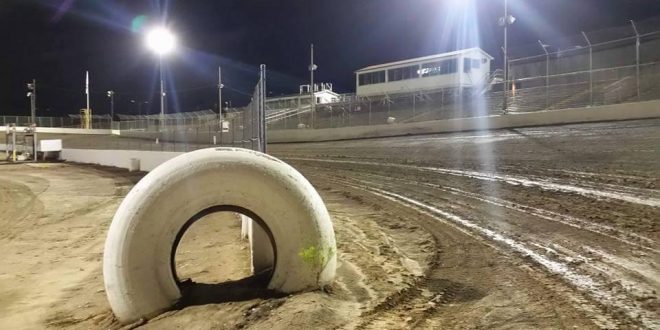 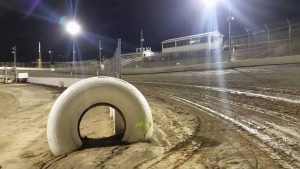 CONCORD, NC – March 22, 2018 – The annual DIRTcar UMP Fall Nationals, long a staple at Eldora Speedway (OH) in years past, will be heading west for the 2018 racing season under a new name. The newly rebranded 23rd Annual DIRTcar National Championships, the traditional season-ending weekend for national DIRTcar points, will be held at Federated Auto Parts Raceway at I-55 (MO) on Thursday, Friday and Saturday, October 4-5-6.

Camping, a staple at the championship events, will be available at the picturesque river front facility. Reserve your spot on DIRTcarTix.com after June 1.

The tentative schedule of events for the 23rd Annual DIRTcar National Championships would see activity beginning on Thursday, October 4 with Practice for all divisions. Then on Friday, October 5, the day would start with Hot Laps, followed by Qualifying and Heat Races. The special “Rays Rumble” events for the top drivers in national points and the top qualifiers from the weekend in the DIRTcar Super Late Models and DIRTcar Modifieds would highlight the night of racing followed by a Bonfire Party after the races. Then on Saturday, October 6, the Features would follow C & B Mains, as needed.

At the 2017 DIRTcar UMP Fall Nationals at Eldora Speedway, Jeep VanWormer went to victory lane in the DIRTcar Super Late Models Feature, , while Schlenk scored the 2017 DIRTcar Super Late Model National Championship for the second time of his career. Schlenk’s previous national title came in 2010. Nick Hoffman would cash in on the victory in the DIRTcar UMP Modified Feature, while Mike Harrison clinched his sixth National Championship and third in a row to go with his previous three titles in 2011, 2010 and 2004.

Federated Auto Parts Raceway at I-55 is a 1/3-mile high-banked dirt oval located south of St. Louis in Pevely, MO, with races on Saturdays night during the season. The track is co-owned by longtime Federated spokesperson and long-time NASCAR star and dirt track legend, Ken Schrader. Under Promoter Ray Marlar, I-55 won the 2017 DIRTcar Promoter of the Year award at the 34th Annual DIRTcar National Awards Banquet back on January 14 in Springfield, IL.

The facility hosts several special events throughout the racing season and for 2018 will again feature the World of Outlaws Craftsman Sprint Car Series on April 21 and again on August 3-4 for the grueling Ironman 55, this year featuring two $20,000 to win events with the 2017 rained out event rescheduled for Friday.

For more information about Federated Auto Parts Raceway at I-55, visit federatedautopartsraceway.com You can also call the track at: (636) 479-3219 and find the track on Facebook and Twitter by going to: facebook.com/FederatedAutoPartsRaceway & twitter.com/I55Raceway.