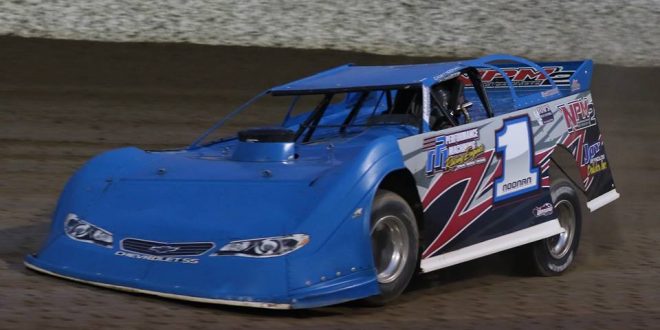 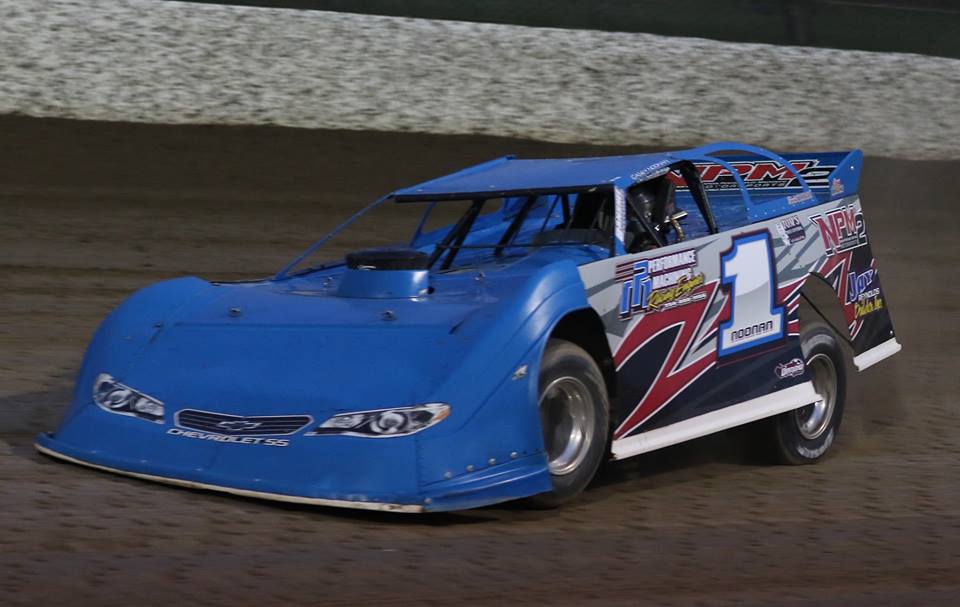 CONCORD, NC — Apr. 17, 2019 — The Sunoco American Late Model Series will hit a milestone with the 2019 racing season. The Grayville, IL based series will celebrate its 25th anniversary throughout the calendar year beginning on Friday-Saturday, April 26-27. The DIRTcar Late Model cars and stars of the longest running tour in the Great Lakes region of the United States will kick off their season starting at I-96 Speedway (MI) on Friday, April 26. Then it’s just over a 210-mile trip to the famed Eldora Speedway (OH) on Saturday, April 27.

Sylvania, OH driver, Casey Noonan comes into the 25th anniversary season as the defending Sunoco American Late Model Series Champion. While not winning an event in 2018, the 39-year-old did record a pair of fourth place finishes with those coming at I-96 Speedway on May 25 and again on June 16 at Oakshade Raceway where is a former track champion from the 2009 season. He also bagged a fifth-place finish on September 1 also at Oakshade and was able to capture his first career Sunoco ALMS Championship despite a 15th place finish the next night at Eldora.

Over his Sunoco ALMS career, Noonan has collected seven career series Feature wins with his most recent occurring on May 28, 2017 at Eldora Speedway in the Johnny Appleseed Classic. Ironically his first ever Sunoco ALMS win was also at Eldora back on May 27. 2007. Noonan’s other five checkered flags have all came at his home track of Oakshade.

For the first time in series history, the Sunoco American Late Model Series will kick off their new season in the state of Michigan as I-96 Speedway, located east of Grand Rapids and west of Lansing in Lake Odessa, MI starts the 25th anniversary campaign on Friday, April 26. The $2,000 to win season opener will be the first of two races at the fast 3/8s (0.375) mile high-banked dirt oval. A milestone will be reached in this event as well as this race will be the 25th all-time for the series at the West Michigan facility.

The series made three appearances during the 2018 racing season as two-time series champion, Brandon Thirlby scored his first victory in Sunoco ALMS competition in three seasons, since 2015, when he grabbed the checkered flag on May 25. Manhattan, IL invader, Mike Spatola recorded his first triumph in four seasons, since 2014, after winning on June 29 while four-time series champion, Rusty Schlenk went to victory lane on July 27. His win then, was on of two features in 2018 to give him win #26 and later #27 (At Oakshade Raceway on September 1) over his career in the series, good for fourth all-time and just two back of third, currently held by Matt Miller, who has 29 wins.

Over the years in the previous 24 Sunoco ALMS appearances at I-96, Jeep VanWormer leads the way with four victories while six-time series champion and former track champion, Kris Patterson as well as four-time series champion, Brian Ruhlman both have three wins apiece to sit tied for second all-time. Schlenk and Aaron Scott both have two triumphs to sit tied for fourth all-time.

There have been 15 different winners in the 24 races held at the track.  The first ever Sunoco ALMS race at I-96 was held back on April 27. 1996 in the series’ second season. Alger, MI legend, Frank Seder won what would be his only Feature victory in the Sunoco ALMS.

The second and final appearance of the season for the Sunoco ALMS at I-96 will kick off the Labor Day Holiday Weekend of racing on Friday, August 30. The event will be the first of three races over the weekend and by the end of it, the 2019 Sunoco American Late Model Series Champion will be crowned.

The famed ½ (0.500) high-banked dirt oval of Eldora Speedway (OH), located just east of the Indiana/Ohio state line in Rossburg, OH will close out opening weekend on Saturday, April 27 as part of the tracks’ 66th season opener. The $5,000 to win Late Model LidLifter will be the first of three appearances and the 95th race all-time for the series at the track that has hosted the tour the most of any other facility in the 25-year history of the Sunoco ALMS.

In three races held during the 2018 racing season, Nick Hoffman won the Late Model LidLifter back on April 28, his second triumph in two seasons in the first Late Model race of the season at Eldora. Eventual 2018 Track Champion, Devin Gilpin scored his first career series victory when he captured the Johnny Appleseed Classic back on May 27 while National Dirt Late Model Hall of Fame legend, Billy Moyer, a six-time World 100 winner, won his second Baltes Classic in a row and fourth in nine classics held, back on September 2.

Overall at Eldora in Sunoco ALMS competition, Matt Miller is the all-time wins leader at the track in the series with 10 triumphs as he leads Jeep VanWormer who has eight of his 35 career Sunoco ALMS checkered flags, good for second all-time and all-time at Eldora. Moyer and Patterson are tied for third with six Feature wins each while Ruhlman and Jerry Rice both have five victories apiece and are tied for fifth all-time.

There have been 39 different winners in the 93 races conducted at Eldora. The first race held at Eldora was also the first ever event in series history back on April 22, 1995 as Rice would go down in the history books as the first ever Feature winner in the Sunoco ALMS. The Verona, KY driver would go on to win five total series checkered flags, all at Eldora with his last triumph coming in 2005.

All three Sunoco ALMS events at Eldora will pay $5,000 to win. The remaining two races for the Sunoco ALMS at Eldora Speedway are on Sunday, May 26 for the 49th running of the Johnny Appleseed Classic and on Sunday, September 1 for the 10th running of the Baltes Classic. The Labor Day Weekend event will also serve as the final race of the 2019 racing season for the Sunoco ALMS as the 2019 Series Champion will be crowned at the conclusion of the Baltes Classic.

In between opening weekend and the Baltes Classic is a 12-race schedule for the Sunoco ALMS teams. After opening weekend, the teams head west to the Prairie State for a pair of $10,000 to win events starting on Friday, May 10 at Farmer City Raceway (IL) for the Farmer City 74. The next night, Saturday, May 11 is a trip to Fairbury American Legion Speedway (IL) for the FALS Frenzy.

On Friday, May 17, Kankakee County Raceway (IL) will host the series for the first time since the 2017 season while the next night, Saturday, May 18, a trip back to Michigan and the first appearance since the 2007 campaign, a 12-year absence, at Thunderbird Raceway (MI). Series stalwart, Oakshade Raceway (OH) is on the schedule for their first of three races on Saturday, May 25 while the teams head south back to Eldora on Sunday, May 26.

Oakshade is right back on the calendar on Saturday, June 15 for the $5,500 to win Barney Oldfield Memorial Am extensive vacation for the teams won’t see them in action until the Labor Day Holiday Weekend with dates at I-96 (Friday, August 30), Oakshade (August 31) and the 25th anniversary season finale at Eldora on Sunday, September 1.

For more information about the Sunoco American Late Model Series, visit the series website, which is located at: americanlatemodelseries.com. You can also follow the series on all Social Media outlets on Facebook and Twitter via the DIRTcar Racing pages using the hashtag #ALMS.