8 Days to the Prelude to the Dream: Action Sports Legend Travis Pastrana to Compete in Prelude

ROSSBURG, Ohio (June 1, 2010) – His resume is legendary in the world of action sports. He’s the most successful competitor in the history of X Games freestyle motocross, a five-time United States amateur motocross champion, and winner of four consecutive championships in the Rally America Series.

He is Travis Pastrana, and never afraid to try something new and different, the Red Bull athlete will take on yet another challenge when he competes in the Gillette Fusion ProGlide Prelude to the Dream June 9 at the legendary Eldora Speedway in Rossburg, Ohio.

“I’ve raced a lot of different types of cars in my career, and like every racer, I want to do well,” said Pastrana, who has become renown for seemingly doing the impossible, such as intentionally flipping his motorcycle over an airborne helicopter to jumping his Subaru WRX a world-record 269 feet last New Year’s Eve. “Compared to the Cup drivers, I am the low man on the totem pole and have very little experience, but I know it will be a good time and I’m honored to be a part of this event.”
The Gillette Fusion ProGlide Prelude to the Dream will be presented live to the entire nation on HBO Pay-Per-View® with net proceeds from the telecast supporting four of the nation’s top children’s hospitals:

“Travis is an incredible talent on two wheels and on four,” said Tony Stewart, owner of Eldora Speedway. “We’re really happy to have him participate in the Gillette Fusion ProGlide Prelude to the Dream. I know myself and the other drivers with dirt Late Model experience will be more than happy to give him all the help he needs to be successful. I think he’ll surprise a lot of people and show why he’s one of the most talented guys in the world.”

“To have Travis Pastrana and Ricky Carmichael competing in the Prelude is a huge boost for the event,” Stewart added. “They are two of all-time greats in extreme sports and motocross and they both have very large and very loyal fan bases. We’d love to have their fans tune into HBO Pay-Per-View to see how Ricky and Travis handle the high-banks at Eldora, and also help us raise money for four great children’s hospitals.”

And beyond the new charity element, this year’s Gillette Fusion ProGlide Prelude to the Dream will be a team event. There will still be an individual race winner, but there will now be a race within the race, with the field broken up into four teams, each representing a children’s hospital:

Each hospital will receive a donation, with the payout breakdown as follows:

Drivers from all types of disciplines, some with lots of dirt track experience and others with hardly any, will participate in hot laps, qualifying, heat races and a 30-lap feature, all of which will be televised live on HBO Pay-Per-View.

With no points and no pressure, the Gillette Fusion ProGlide Prelude to the Dream is a throwback race, allowing drivers to step back in time and compete for the reasons they all went racing in the first place – pride and a trophy. And they’ll do it on the same surface that racing legends like A.J. Foyt and Mario Andretti competed on throughout the last 56 years.

The live, commercial-free broadcast will begin at 7 p.m. EDT (4 p.m. PDT) with an immediate replay. HBO Pay-Per-View’s racing telecast has a suggested retail price of $24.95 and is available to more than 71 million pay-per-view homes. HBO Pay-Per-View is the leading supplier of event programming in the pay-per-view industry. Ordering information and up-to-the minute racing information is available at either www.PreludeToTheDream.org or www.HBO.com.

For those who want to see the Gillette Fusion ProGlide Prelude to the Dream in person, tickets are available online at www.EldoraSpeedway.com or by calling the track office (937) 338-3815. Act fast – the race has sold out in each of its five previous years.

Complete event information can be found in the Gillette Fusion ProGlide Prelude to the Dream online media kit at www.TrueSpeedMedia.com. 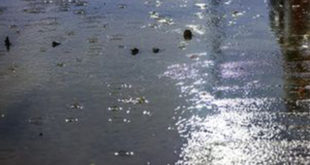 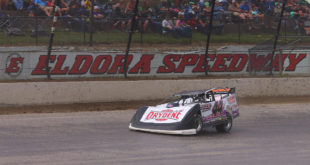 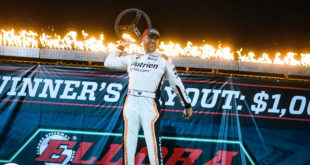