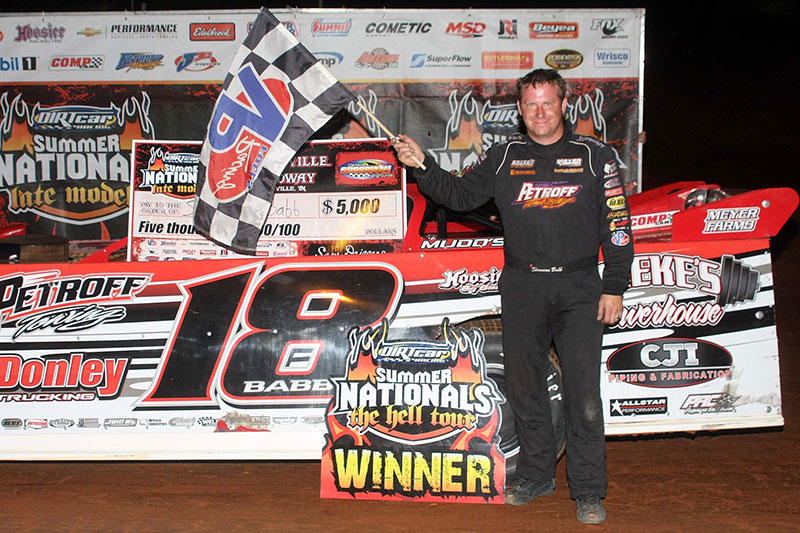 CLARKSVILLE, Tenn. — June 25, 2014 — Shannon Babb, starting from the outside of row one, powered around pole-sitter Ryan Unzicker on the opening lap and never looked back en route to grabbing his second victory of the 2014 DIRTcar Summer Nationals season on Wednesday night at Clarksville Speedway.

Unzicker, who lead the series points heading into the night, managed to finish second but never had a chance to lead a lap, as Babb would pull away from the field by half of a straightaway. The race was slowed by two cautions, one at lap 21 and the other at lap 25, but Unzicker could not get back around Babb. Babb lead all 40 laps in dominating fashion, scoring a well-earned $5,000 payday and defeating Unzicker by two seconds.

The victory on Wednesday night gave Babb his 85th career victory, returning his name to the top of the series all-time wins list, topping Billy Moyer in the season-long battle for the top spot.

“I’ve always enjoyed racing at this track,” said Babb in victory lane. “It’s been tough on me at times, but I started in a good spot, front-row outside was just perfect place to start and was able to get it done.”