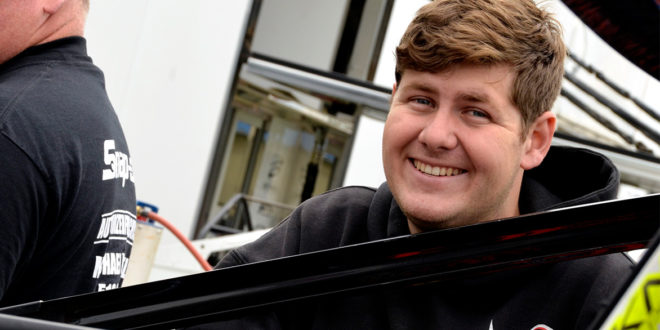 Drellos, the Big Block Modified star from Queensbury, NY, will step back behind the wheel of his 604 Late Model for the DIRTcar Sunshine Nationals at Volusia Speedway Park, Jan. 18-21.

It’ll be Drellos’ second appearance in his #111 Late Model after making his debut in the division during the Battle in Barberville at Volusia in December.

“It’s such a different experience,” he said. “Just the way you race is totally different with dirty air and where you need to position your car around people when you race and how you have to make runs. It’s a totally different style of racing. Some people have mastered it. Obviously, I haven’t come close to getting used to it. But it is a lot of fun, and I can’t wait to get back in it.”

Drellos was fastest in opening night practice during the Battle in Barberville, but a poor qualifying run but him behind when it came to race night. He managed a seventh-place finish in the 30-lap Feature.

With that experience under his belt, Drellos said he and his team should be able to come back with a more aggressive approach to race with the DIRTcar Pro Late Models.

“There will be a tone of cars down there,” he said about the Late Model Palooza-sized field Sunshine Nationals attracts. “A lot of heavy hitters in that 604 class, a lot of guys coming to run it. You know, I think we’re just going to go down there with the mindset that if we can make the shows, that’ll be good for us. We’re definitely going to race. We’re not driving 20 hours not to race. I’ll bend some sheet metal if we have to. We’re going to do what we need to do to race.” 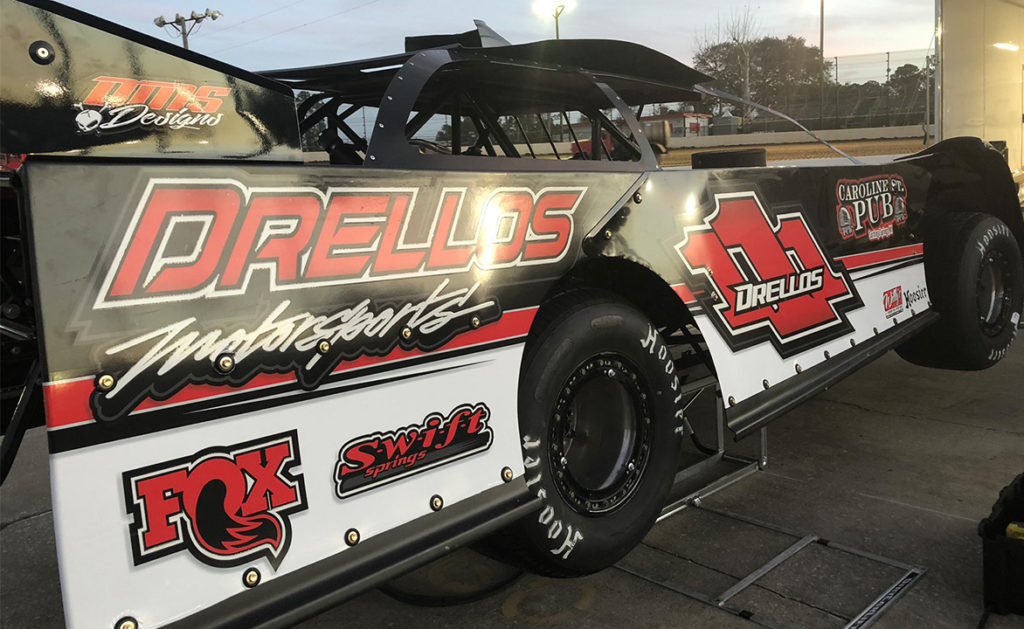 The New Yorker has been racing Modifieds for six years with a Super DIRTcar Series win under his belt. However, he’s yet to pick up a win at Volusia. With plans to run with the Super DIRTcar Series again during the 52nd DIRTcar Nationals, Feb. 15-18, Drellos said while his Big Block and Late Model are vastly different, running Sunshine Nationals will still help him prepare to chase a Big Gator championship.

“I think we’ll have a better idea of what the track is going to do,” he said. “We only run the Big Block at Volusia five times a year, so if I get to hit the track four more times than everyone else, I feel that will help me. I don’t care if it’s in a golf cart. It’s like home track experience a little bit.

“I’ll understand what the track is going to do throughout the night a little bit. That’s the big thing with Volusia. The more times you see it and what’s going to happen with that racetrack, if you can have better notes, I don’t care what it is, if you’re just watching the race, you’ll be better. I’m sure it’ll help me when I bring the Modified back.”

The biggest difference between the Big Block and the Late Model is how much dirty air comes into play with the Late Model. When he runs up on someone going into a turn with a Big Block, he said, he can stay on their bumper through the turn. In a Late Model, it feels like dropping a snowplow as the car pushes up a lane in the turn.

“I didn’t expect how much dirty air would come into play,” Drellos said. “But at Volusia, where the speeds are so fast, it does come into play. In the Big Block it doesn’t affect you that much, maybe 10 to 15 percent but with [the Late Model] it’s 80 percent.

Knowing that now, Drellos is eager to take what he learned into Sunshine Nationals for another round of Late Model racing at Volusia.

“We’ll come prepared a little bit better,” he said. “See where we were lacking when we came down in the early night track. We figured out, ‘OK, this is what we messed up on, we’ll make some adjustments to that.’ We’ll talk to a lot of people about getting the right tire stagger for there. Volusia is a different animal, compared to any track. The only people that go good at Volusia are people that live near there and go there on a consistent basis. It’s a totally different ball game for everyone.”

If you can’t make it to the track, you can watch all the action live on DIRTVision.