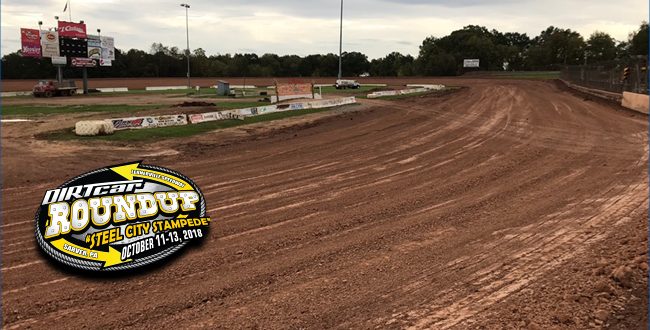 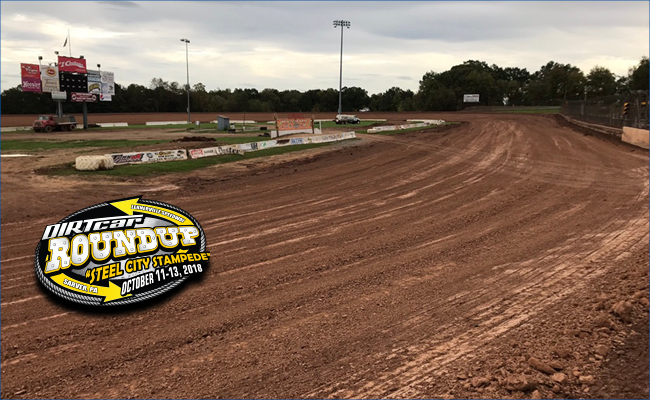 Over 250 cars are expected to show up for this year’s “Steel City Stampede,” and there will be no shortage of action with practice on Thursday, heat races on Friday and last-chance showdowns and features on Saturday, making it the only place in the county to see this many cars in this many divisions.

Fans can expect to see all of the Lernerville regulars on track, in addition to some stiff competition from the invaders. Every fan in the grandstands will have a favorite on the track, and each class has their individual standouts. Here are three on which to keep an eye on this weekend.

A.J. Flick – The 2015, 2017 and 2018 Sprint Car Track Champion is hungry for another Stampede win this year, as he took home the trophy in 2016 and said he would love nothing more than to do it again after such a successful 2018 campaign.

“We had one DNF, which kept the points battle close,” Flick said. “Other than that, we were extremely dominant to be honest. We won six races out of maybe only 12 times they raced, and we were in the podium for the rest of them.”

“As the year went on, we continued to find more speed,” Flick continued. “We progressed with the car and my driving. As we got closer to the end of the season, we continued to run up front and if wasn’t for bad heat race draws, we probably would have won by an even larger margin.”

Speaking about his Stampede win in 2016, Flick said that good fortune was on his side that night. After taking the last transfer spot in his heat race on Friday, Flick re-drew the pole for the Saturday portion. He lost the lead briefly in the early stages but was able to reclaim it in lapped traffic. Misfortune wouldn’t completely evade him, however.

“We actually had a spark plug get blown out,” Flick said. “So I was running the rest of the race on seven cylinders.”

Flick went on to explain that on that particular night, the track had not yet widened out, which kept the other leaders behind him.

One of the most interesting things for Flick about competing in big races like these is the physical prize for victory. It’s not about the money, the confetti shower in Victory Lane or even a cold drink afterwards. Flick is a hardware chaser; a trophy nut, eager to build a few more trophy cases before his time in a Sprint Car is done.

Speaking about the belt buckle trophy given out to the winner of each class every year, Flick commented, “It’s still a really cool memento. Some of the coolest things in racing are trophies and big checks. Sometimes, those mean more than the cash itself, so to win something like that again and just keep adding to my collection would be pretty cool.”

Corey McPherson – One of the most decorated drivers in any Stampede division, McPherson just bagged his sixth track championship in Pro Stock competition. This Saturday, he’ll go for his third Stampede win to put next to his back-to-back wins in 2015 and 2016. Though, last year, he struggled a bit come feature time.

“It started really good, top three car all night,” McPherson said. “Last few laps, we had a tire starting to go down and I fell back… we just had a little bit of bad luck, pretty much.”

“There’s so many divisions that run on that track and it gets so beat in,” McPherson continued. “Things fall off of cars when you have that many cars on the track for that many laps… it’s not uncommon to get a tire going down.”

He may have already clinched the points title this season, but that’s not enough. McPherson is coming into this weekend just as hungry for the win as any other.

“It would mean a lot, especially since the year we’ve been having,” McPherson said. “As far as the wins, we’ve just had some off nights and did some things that didn’t make sense to us. But we’ve always rebounded back.”

Rex King Jr. – Another 2015 Stampede winner, King will also be looking to defend his title from last year in the Big-Block Modified division, as well as his newly-earned track champion honors.

“We’ve been testing both lanes on the track,” King said. “We had a real heavy line on the top and we’ve had it real slick and slow in on the bottom. Our car’s been good in both of them. I’m really looking forward to this weekend.”

King said he really didn’t start his winning ways at Lernerville until 2012, when he decided to start racing there as a weekly competitor. The learning curve he encountered after that weekly start is what he believes to have given him the biggest advantage over his competition this weekend. Experience is the name of the game.

“It would be great for us,” King said. “We’ve been fast there. Winning the championship, it’s been great. I’ve learned so much racing there.”

And with all of his prior experience comes his love for the track.

“I love Lernerville because when it slicks, there’s still a lane and a half, so you can run up on a guy and get next to him,” King said. “I’m really looking forward to it. I think we have a good setup and a good car for Lernerville and I just can’t wait to get there.”

The drivers will be ready, hopefully Mother Nature will cooperate with the events this weekend to ensure the fans see a great show again this year.

Rotating hot laps for all divisions begins at 7 p.m. Competing divisions include:

The Friday portion of the show will consist of the pill draw (ending at 6:15), drivers meetings at 6:20, and group qualifying for the RUSH Crate Late Models at 7 p.m. Heat races for all divisions will follow at 7:30. After the races have concluded, don’t forget the post-race party with special musical guest Jackson Gardener, presented by Y108 FM, at the concert stage.

Saturday will start with tech inspections at noon, redraws at 2 p.m., grandstands open at 3, drivers meetings at 3:15 and last chance showdowns at 4. Features will follow. All times and events are subject to change.

For more information, including ticket pricing and track-specific facts, visit the event page.