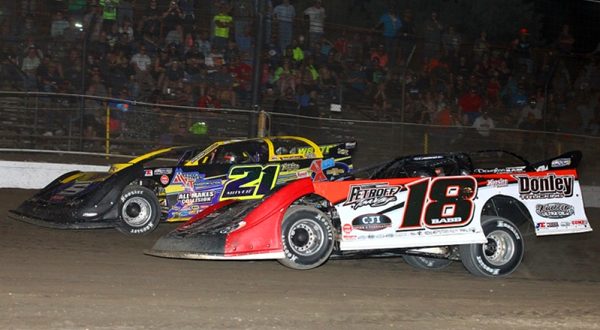 DIRTcar Summer Nationals after Week One 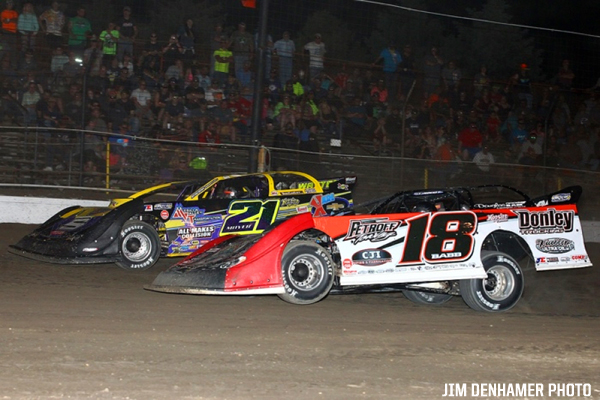 CONCORD, NC — June 18, 2018 — The 2018 DIRTcar Summer Nationals and Summit Racing Equipment Modified Nationals are in full swing after a stellar first week. The Northern Kickoff featured amazing runs by tour veterans and strong challenges by newcomers amid one of the strongest tour fields in recent history. As we look ahead to Legends Week here are the drivers to watch for this year.

Shannon Babb won three of the five events in the opening week of this year’s tour, snatching up $25,000 with his wins at Kankakee Speedway, Sycamore Speedway, and The Dirt Oval at Route 66. Babbs, a four-time DIRTcar Summer Nationals champion, holds the points lead going into Legends Week by a thin margin over Billy Moyer. Babb has scored tour victories at all but one of the Legends Week tracks — Belle-Clair Speedway on June 19.

Billy Moyer will continue to push towards the 100 Summer Nationals victory mark. Moyer found himself outdueled by a dominant Babb twice during Northern Kickoff week at Kankakee and Sycamore Speedway. Moyer found himself on an upswing at the conclusion of the week with a victory at Plymouth Speedway (IN). The Batesville, AR driver is five points behind Babb going into Legends Week.

The 2018 Summer Nationals has one of the strongest fields in recent memory. Along with Week One standouts Babb and Moyer, Brain Shirley, Jason Feger, Brandon Thirlby, Ryan Unzicker, Nick Hoffman, Billy Moyer Jr., Rusty Schlenk, Tony Jackson, and many more have voiced commitment to the 2018 tour. Drivers like Sunday’s second-place runner Timothy Culp have also taken to the road for 2018. Going ahead to Legends Week look for drivers like Jason Feger to make their marks at tracks where they’ve had a history of tour victories.

Surprise victories by regional stars and non tour regulars has long been a DIRTcar Summer Nationals tradition. 2018 has already proved to be no different with Bloomington, IL driver Billy Drake picking up the victory on night one. In recent years Drake, who recorded his last Summer Nationals victory in 2003 at Tri-State Speedway in Haubstadt, IN, has been racing a limited schedule. Keep a lookout for more drivers looking to pull off the upset over the tour travelers during Legends Week.

The return of Bobby Pierce to the DIRTcar Summer Nationals is sure to shake things up during Legends Week with the 2017 Champion set to run several races over the next two weeks. With tour wins at many of the Legends Week tracks over the past two seasons Pierce will be looking to play spoiler to the 2018 tour regulars.

Legends Week begins June 19th at Belle-Clair Speedway in Belleville, IL. Visit thehelltour.com/schedule to view the entire 2018 tour schedule. Follow @Summernationals on Twitter and Facebook for updates during and between race seasons.