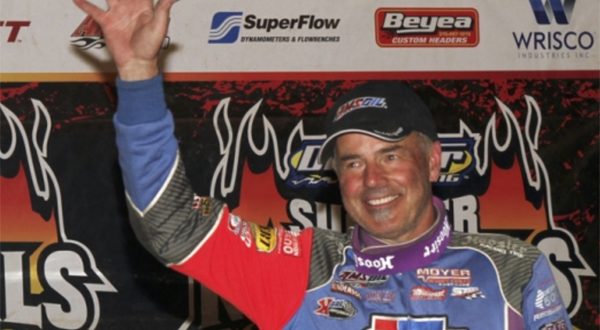 CONCORD, NC — May 25, 2018 — The DIRTcar Summer Nationals Hell Tour embarks on its 33rd straight year of competition in 2018. From June 13 to July 14, the premier drivers and teams within the DIRTcar Super Late Model ranks will race in 28 events in 32 days spread out over seven states, vying for almost $200,000 in first-place prize money over the marathon five weeks of competition. A minimum of $5,000-to-win is on the line each night with nine of those events paying $10,000 to win. Additionally, each of the week’s points champions (five total) will receive a bonus $2,000, while the 2018 Summer Nationals Champion will receive a whopping $25,000. 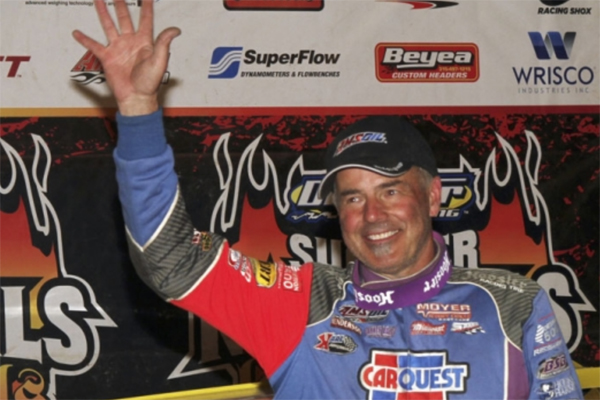 A total of 634 features comprise the 32-year history of the DIRTcar Summer Nationals. Six-time DIRTcar Summer Nationals Champion Billy Moyer leads all drivers with 96 career wins as the Batesville, AR legend and National Dirt Late Model Hall of Famer scored three triumphs in 2017. The “semi-retired” driver looks to begin the chase for 100 career wins at Peoria Speedway (IL) on Wednesday, June 13 during the tour’s 18th all-time appearance there. Moyer’s last victory overall was at Jacksonville Speedway (IL), but he does have a single triumph at Peoria, back in 2001.

The all-time leader in wins at Peoria is also sitting second all-time in career wins overall. Four-time DIRTcar Summer Nationals Champion Shannon Babb has grabbed four of his 92 checkered flags at the Prairie State oval, with the last one coming in 2015. The Moweaqua, IL standout won twice in 2017, the last one at Fairbury American Legion Speedway (IL). Together, Moyer and Babb have recorded 188 feature victories accounting for 30 percent of all wins in tour history.

Rounding out the top 10 in all-time career wins is 2013 DIRTcar Summer Nationals Champion Brandon Sheppard with 16 wins, five of them in 2017 and all in a row. The winning streak started for the 2017 World of Outlaws Craftsman Late Model Series Champion at Plymouth Speedway (IN) with the fifth win at Fayette County Speedway (IL).

The 2018 DIRTcar Summer Nationals opener at Peoria will also be the first of 17 races in the state of Illinois. Thursday, June 14, Kankakee County Speedway (IL) reaches a milestone hosting its 30th all-time Summer Nationals event. The first of nine $10,000-to-win specials takes place on Friday, June 15 with the second-ever appearance at Sycamore Speedway (IL). A new track on the schedule for 2018 is the Dirt Oval at Route 66 Raceway (IL) as the immaculate Joliet, IL oval hosts the second $10,000-to-win show in as many nights on Saturday, June 16. The first week concludes on Sunday, June 17 with the second-ever appearance at Plymouth Speedway (IN) and the first of four races in the Hoosier State.

To see the full schedule and find more information about the 2018 DIRTcar Summer Nationals Hell Tour, visit thehelltour.com. Follow the tour throughout the off-season and into race month by visiting the @SummerNationals on Twitter or Facebook. The DIRTcar Late Models will be joined by the DIRTcar UMP Modifieds as the Summit Racing Equipment Modified Nationals runs parallel to the DIRTcar Summer Nationals. Information on the Modifieds can be found modifiednationals.com.