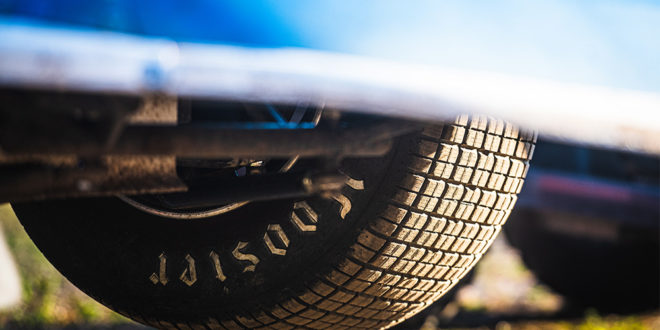 The formation of the new NLMT program began as a consolidation of the expansive dirt Super Late Model tire selections currently offered by Hoosier. Amending the existing complex tire program, new offerings will be reduced to just three 90-inch tires and three 92-inch tires for 2023. Subsequently, the former 4-digit numbered compounds will now be simplified, represented by 1, 2, 3, or 4.

With its inception, the NLMT tire is designed as a no-groove, no-sipe program and will be the only dirt Super Late Model tire offered by Hoosier.

Consolidation of Hoosier’s current offerings is expected to significantly reduce both the time and labor costs typically associated with tire preparation. Teams will now be able to carry a lower inventory, due to reduced variety, and will decrease their supply of wheels kept on hand. Another key benefit of the NLMT program focuses on the less aggressive compounds utilized, which should allow teams to consume fewer tires.

According to Hoosier, all of these factors will provide a winning experience for the teams, drivers and valued partners.

“Creation of the NLMT program and beginning a consolidation has been part of Hoosier’s vision and was accelerated with the help of our partners, including Lucas Oil and World Racing Group,” said Paul Menting, VP of Sales for Hoosier Racing Tire. “They saw the need for this type of program and really started the ball rolling for us.”