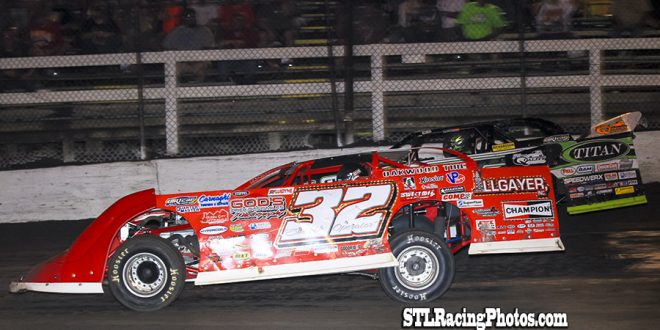 The series returns to action on Friday at Farmer City Raceway

Jason Feger led the feature early with Weaver hot on his tail. Weaver took over the top spot from Feger on lap 25 and led big until mechanical issues sidelined Weaver on lap 38.

Weaver’s bad luck was Pierce’s good luck as inherited the lead and through the remaining laps pulled away from the field.

“That’s what it takes to get this many wins. You’ve got to have luck,” Pierce said. “You can be running first and break like Weaver did. He was super fast tonight. I was just kind of waiting for the track to slick off a little bit. I was just kind of biding my time, but he was really fast. I was going to be pretty worried.”

Feger finished in second with Bob Gardner in third, Chuck Mitchell in fourth and Daryn Klein in fifth.