Macon Speedway is excited to kick off the “Midwest Big Ten Series” race event at the speedway this Saturday night. Morgan County Speedway, Jacksonville, IL, has teamed up with Macon Speedway to bring you, the “Midwest Big Ten Series”. The two tracks will host a series of races to be held in the 2008 racing season, the dates of the five races to be held at Macon Speedway are this Saturday, April 19, May 3, June 14, July 19 and August 16. Morgan County Speedway will host their first of five races this Friday, April 18 with the other races being held on May 2, June 13, July 18 and July 24. Each of the ten races will include larger winnings to the winner of the feature. At the end of the season the points each driver has accumulated in those 10 races will be totaled and there will be $10,000 distributed throughout the top ten Late Models with the top point fund winner taking home another $3,000!

Macon Speedway will also have our annual Driver-Sponsor Appreciation night this coming Saturday where the fans will have the opportunity to get autographs of their favorite local heroes. Also slated for Saturday night for the kids is our 2008 Kids Club kickoff party where the youngest race fans gather to have fun. The kickoff party will include games, face painting, snacks and drinks so make sure the little ones attend the event.

April 26 the POWRi midgets and micros will invade Macon Speedway and show their stuff as they try to conquer the 1/5 mile track. The month of May looks to wow the crowds again with a Cinco de Mayo Fiesta Party on May 3 where we will host the first Kenny’s Car Giveaway, and don’t forget the first Night of NASCAR Stars will be held on Memorial Day, May 26. Tickets are on sale now so call us at 217-764-3000 for tickets to all three Nights of NASCAR Stars. The Nights of NASCAR Stars are when NASCAR drivers are available for autographs and actually compete with local favorites.

Fans won’t want to miss any of the action at Macon Speedway with a full summer of hot weekly racing action every Saturday night combined with an exciting mix of special events – both new and traditional. 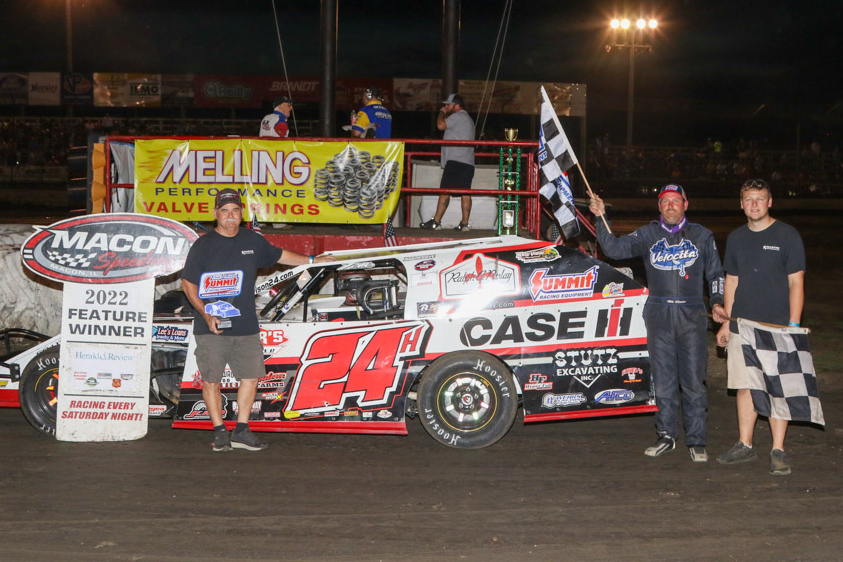