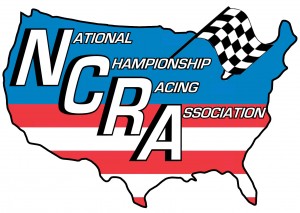 It will be a ground breaking year for the series late model division as they have teamed up with the Charlotte, North Carolina based DIRTcar series for the entire 2011 race season.

The cars and late model stars of the CLMA DIRTcar, MARS DIRTcar and Lucas Oil Late model series will also be in action for this huge one night event.

John Anderson of Omaha, Nebraska picked up last year’s inaugural running of this event, taking the lead over race leader Eric Turner of Hermitage, Missouri with three laps to go for the victory, the largest of his late model career.

While the night’s feature winner will earn a cool $10,000, just starting the twenty-seven car feature finale field will earn drivers $700 just to start out of the $40,000 total purse. All non-qualifiers will earn $150.

The top sixteen in heat race passing points will qualify for the nights feature finale with the remaining eleven positions to be determined by “B” feature finishes and provisional’s.

Five-time and defending series champion Kelly Boen of Henderson, Colorado will be back to defend his championship and add to his 56 career NCRA late model victories, second only to Hooks, Texas sprint car driver Gary Wright for the most career series feature victories.

Below are tidbits that you need to know for this huge one night of late model action:

WHEN AND WHERE: This Saturday night, April 30th, at the Great American Dirt Track in Jetmore, Kansas. There will be an open practice session at the track on Friday night.

SUNFLOWER STATE SHOWDOWN AGENDA: Pit gates will open at 5:00 PM on Friday for that nights practice session. Practice times are from 6:30 PM until 9:00 PM. On race day Saturday night, drivers meeting will be held at 6:30 PM with hot laps set to begin at 7:00 PM. Heat race action is slated for a 7:30 PM start time. The super late models will run heat races, “B” feature(s) and the 50 lap feature finale. The tracks IMCA modified division will also be competing.
GREAT AMERICAN DIRT TRACK LOCATION: Sits adjacent to the Jetmore Municipal Airport, six miles south of Jetmore on US 283. For more information check out their website www.greatamericandirttrack.com.

The National Championship Racing Association would like to thank the following contributors for their involvement with the late model division for the 2011 race season: