Over Half-Million Dollars To Be Distributed At 23rd Annual UMP Awards Banquet On Jan. 20

EVANSVILLE , IN – Nov. 29, 2006 – The top United Midwestern Promoters (UMP) drivers from the 2006 season will share over a half-million dollars in points fund awards during the DIRT MotorSports-owned circuit’s 23rd annual Awards Banquet on Sat., Jan. 20, inside the Hilton Springfield’s Grand Ballroom in Springfield, Ill.

The gala affair is open to all UMP racers, car owners and crew members and their families, friends and fans, but space constraints mean a limited number of tickets are available. Those planning to attend the banquet are urged to reserve seats as soon as possible.

“We’re expecting a great turnout that will fill the Hilton’s Grand Ballroom to capacity,” said UMP director Sam Driggers. “It promises to be a memorable night for all the UMP racers who will be honored for their performances in 2006.”

Banquet tickets are currently on sale for $55 per couple and $30 for single attendee. Dinners will include tossed salad; grilled chicken breast and sliced roast pork; mashed potatoes; green beans with onions; dinner rolls; and dessert.

Ticket order forms have been mailed to UMP members. They can also be printed off the UMP website (www.umpracing.com) or obtained by calling the UMP office at 812-426-1200.

The deadline to purchase tickets and for VIPs/track promoters to notify the UMP office of their intentions to attend is Jan. 6. No tickets will be sold at the door the night of the banquet.

The 23rd annual UMP Awards Banquet is scheduled to begin with cocktails at 5 p.m. CST. Dinner will be served at 6:30 p.m. CST, followed by the presentation of awards and entertainment.

Earning the lion’s share of the attention during the banquet will be UMP Late Model national champion Randy Korte of Highland , Ill. , and UMP Modified national titlist Dan Hamstra of Wheatland , Ind. Both drivers will receive $20,000 checks for their points crowns.

Prior to the evening’s banquet festivities, UMP officials will meet with promoters from many of the circuit’s nearly 100 racetracks to hear reviews of their 2006 seasons and plans for ’07.

Rooms at the Hilton Springfield have been blocked off for banquet attendees, with a discounted UMP rate available if reservations are made by Fri., Dec. 29. For more information call 1-800-445-8667 or visit www.springfield.hilton.com. 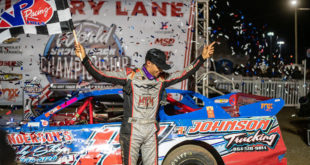 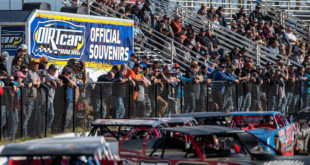