One night after the low groove did him in at the historic Sedalia (Mo.) State Fair Speedway, veteran Billy Moyer of Batesville, Ark., was determined to not bare witness to a repeat performance.

A six-time UMP DIRTcar Summer Nationals champion, Moyer didn’t let another race slip through his fingers. He emerged victorious for the first time on the 2008 tour with a win in Wednesday night’s 40-lap A-Main at Lake Ozark Speedway.

Moyer, 50, made a strong jump from the fourth starting spot and maneuvered around defending UMP Summer Nationals champion Dennis Erb Jr. of Carpentersville, Ill., for the lead on lap five. He never looked back as he powered his Victory Circle M1 Chassis into RacingJunk.com Victory Lane for his alltime series-leading 63rd time.

The dirt Late Model legend, who’s affectionately known to many as ‘Mr. Smooth,’ displayed the style he’s known for during his drive to the $6,000 checkered flag.

“It was a long time coming this year it seemed,” the driver of the familiar No. 21 said of his initial triumph on this season’s grueling trail. “We’ve had some good runs, but just been a little off. We keep learning on this car and I made some adjustments.

“More so than blaming it on the tires like I did last night, I think the car was just a little off.”

Moyer was followed across the finish line by Erb, who started from the pole position and set the pace until relinquishing the catbird’s seat to Moyer on the fifth circuit.

One of the night’s biggest movers was Darren Miller of Milledgeville, Ill., who started 11th and quietly made his was to a third-place finish. The tour’s only ’08 repeat winner attributed his advance to the factor that has produced his recent success.

“Patience,” said Miller. “The bottom was definitely better for me, but then towards the end of the race I moved towards the middle. It was pretty good on restarts because we could pack it down under caution.”

Miller uncertain of whether or not he could have outdueled Moyer if given the chance.

“I felt pretty good out there,” said Miller. “I could make up ground on entry, but they were better on exit. He would have definitely been hard to get by.”

The feature event was slowed by four cautions, the last of which came on lap 36 for former UMP Summer Nationals champion Don O’Neal of Martinsville, Ind. He used a thin cushion to climb from the 14th starting spot to second before making contact with the turn-four wall.

Thirty-one cars entered the event, with Erb’s lap of 14.995 seconds the fastest of the group qualifying session.

Heat winners were Mark Burgtorf of Quincy, Ill., Erb, Moyer and Wes Steidinger of Fairbury, Ill., and the B-Main was captured by Denny Woodworth of Mendon, Ill. 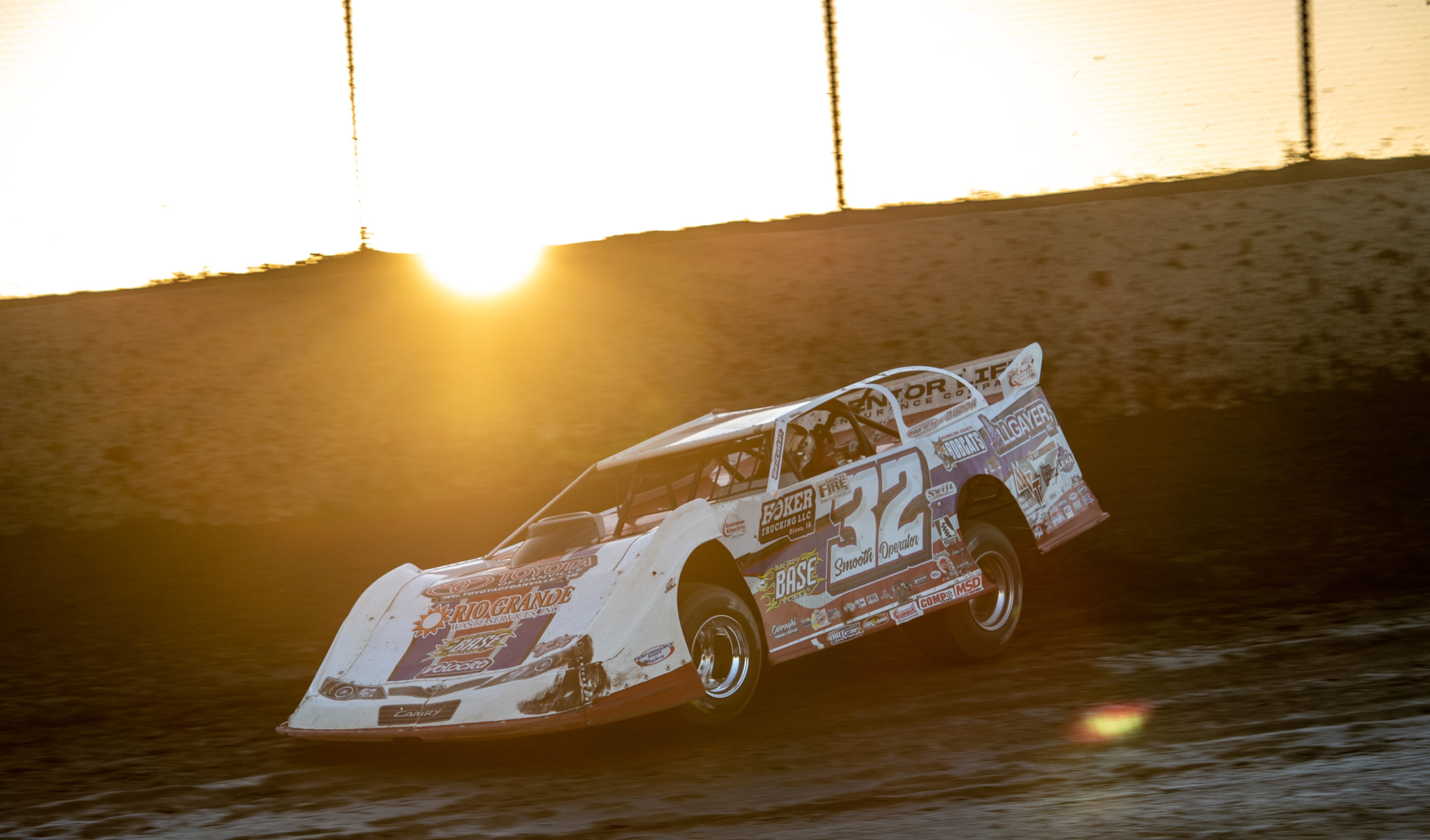 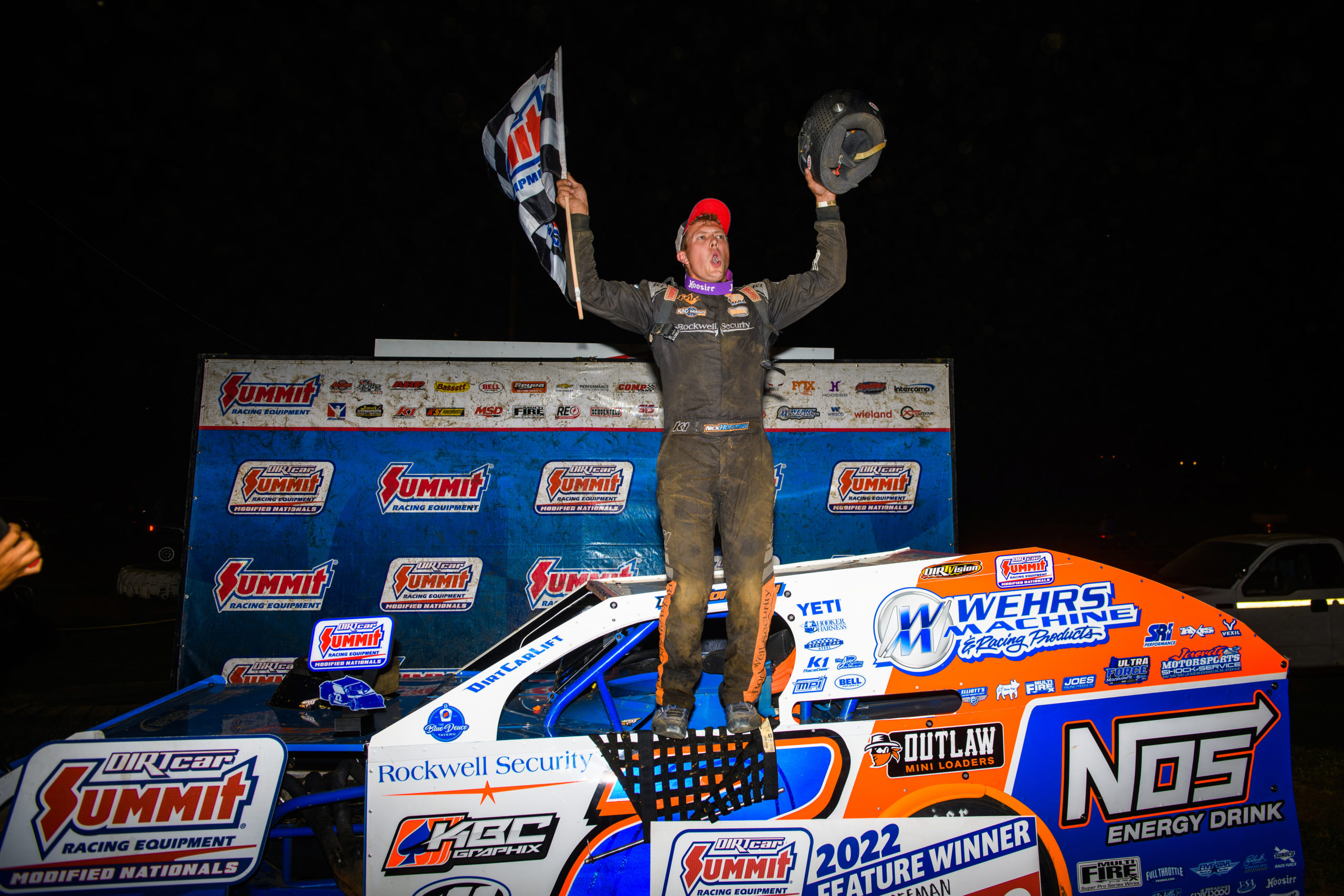 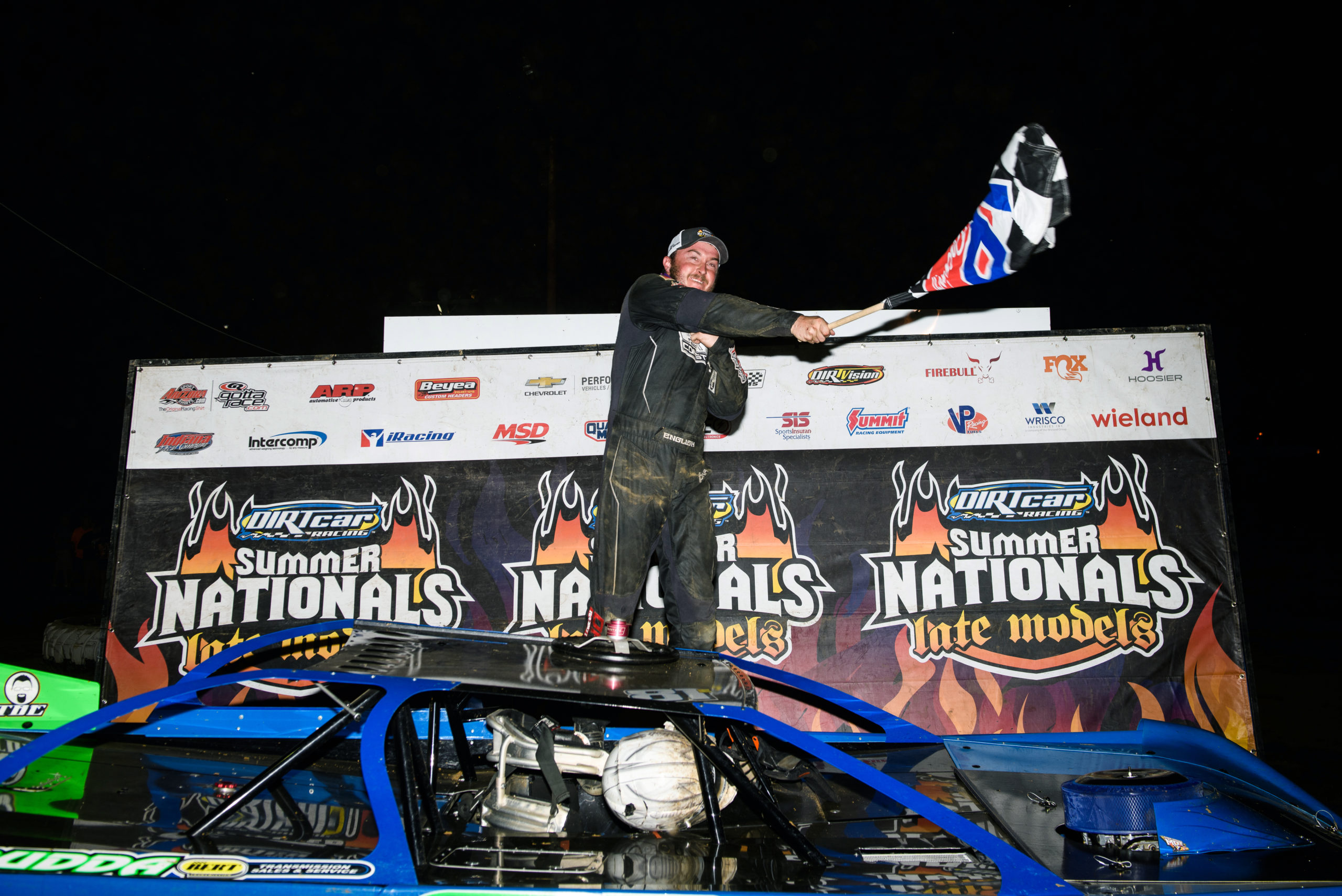