Belleville, IL — June 17, 2009 — If you were wondering how many races it would take defending UMP DIRTcar Summer Nationals Champion Dennis Erb to hit his stride on the 2009 version of the “Hell Tour” you can stop counting.

“Everything is working real well for us,” Erb said after his second victory in as many nights. “I was just trying to bide my time out there and wait for the racetrack to come to me.”

Things started to look good for Erb early on as he claimed a heat three win in what was the most highly contested heat race of the night. Erb once again displayed his patience on the racetrack, a virtue that’s been a central theme in his past two championships in the “Hell Tour” during the 40 lap main event.

“I didn’t really like running the bottom out there I was trying to find a line where my car would work well,” remarked Erb. “It finally started to come in when the track got black.”

Erb used a pass to the outside of race long leader Duane Chamberlain to claim the lead with under 10 laps to go and then held off a late charge by Rodney Melvin to capture his second straight victory.

Melvin, who was strong in heat races no matter where he put his car kept his momentum rolling in the Summer Nationals main event climbing from his 5th place starting spot to finish second behind Erb.

“We had a good car,” remarked Melvin. “It just took awhile for the car to get going.”

Melvin challenged Erb for second and looked to grab the lead from Chamberlain near the mid-point of the main event but slid back in his attempt to make the pass on the top of the small bullring.

“I just got impatient,” said Melvin. “We’ll just keep plugging away at it.”

“I thought I had a good car on the top,” analyzed Weaver. “I got shuffled back when we hit lapped traffic and then went back to the bottom.”

“The bottom was definitely the place to be late,” reasoned Weaver. “It was kind of wait and see if we got into lapped traffic which the way it played out we didn’t really get in any until the end.”

Forty seven UMP DIRTcar Late Models took qualifying time trials on a hot muggy night at the Belleville, IL fifth mile bullring. Group one qualifying saw Mark Voigt of Marine,IL come the closest to setting a new track record with a lap of 11.467 which was .207 seconds off the single lap record. Highland, IL driver Randy Korte topped the second session with a lap of 11.628, Jeep Van Wormer of Pinnconning, MI was fastest in group three with a lap of 11.977, Terry Casey was quickest in group four with a 12.080, and Steve Sheppard Jr. rounded out quick timers with a 12.235 in group five.

Mike Hammerle and Matt Wiedner claimed C-Main wins on the evening earning them a starting spot in the night’s B-Main along with Kevin Cole and Clay Baumann. 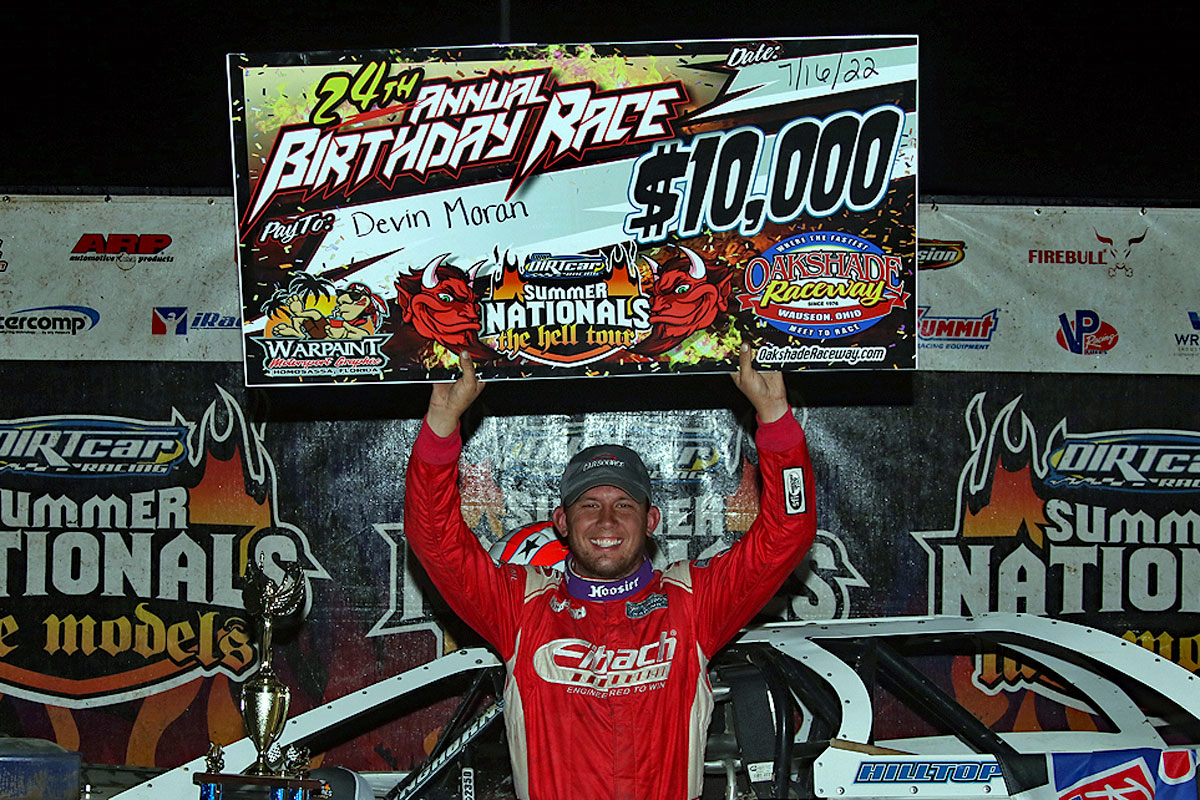 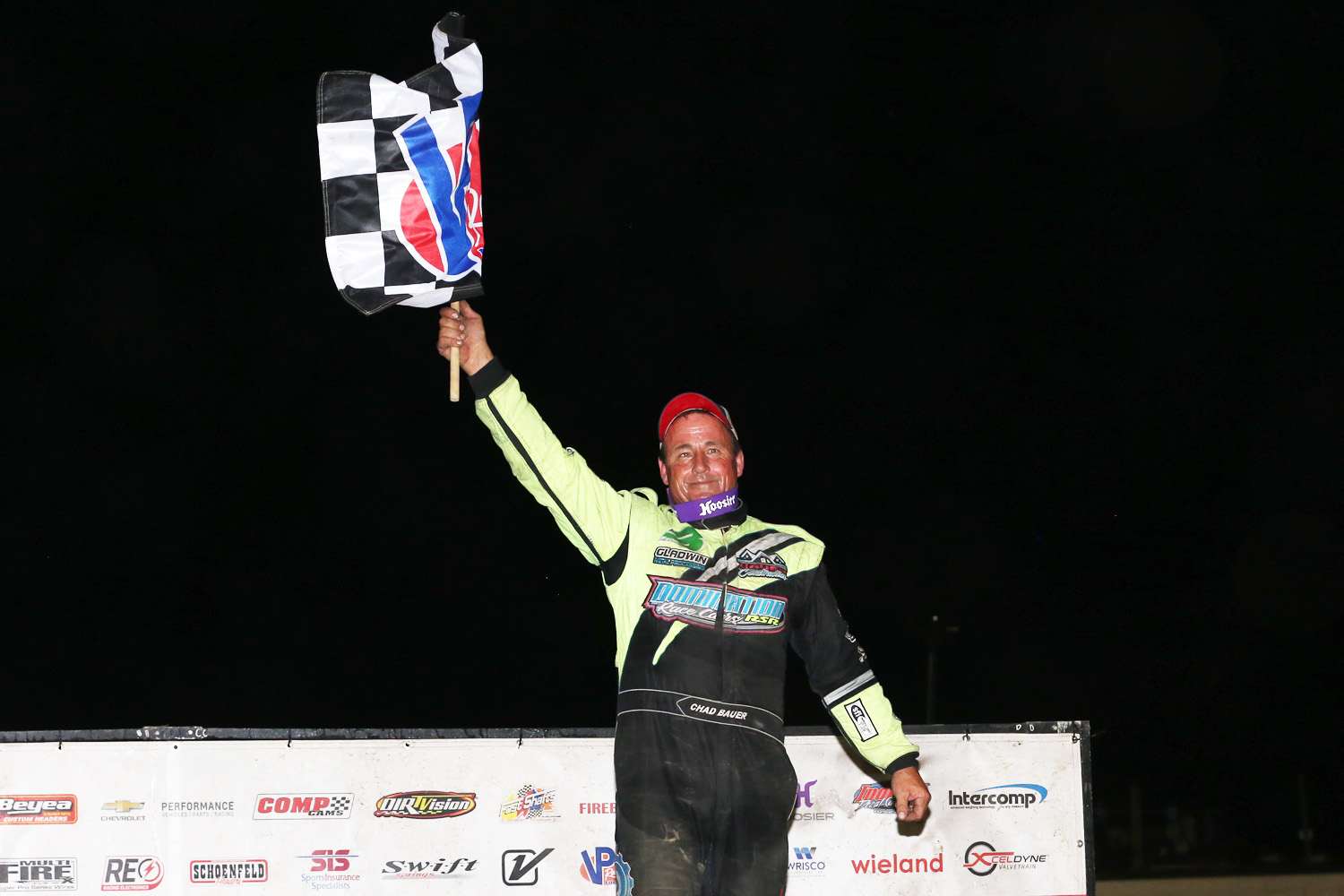 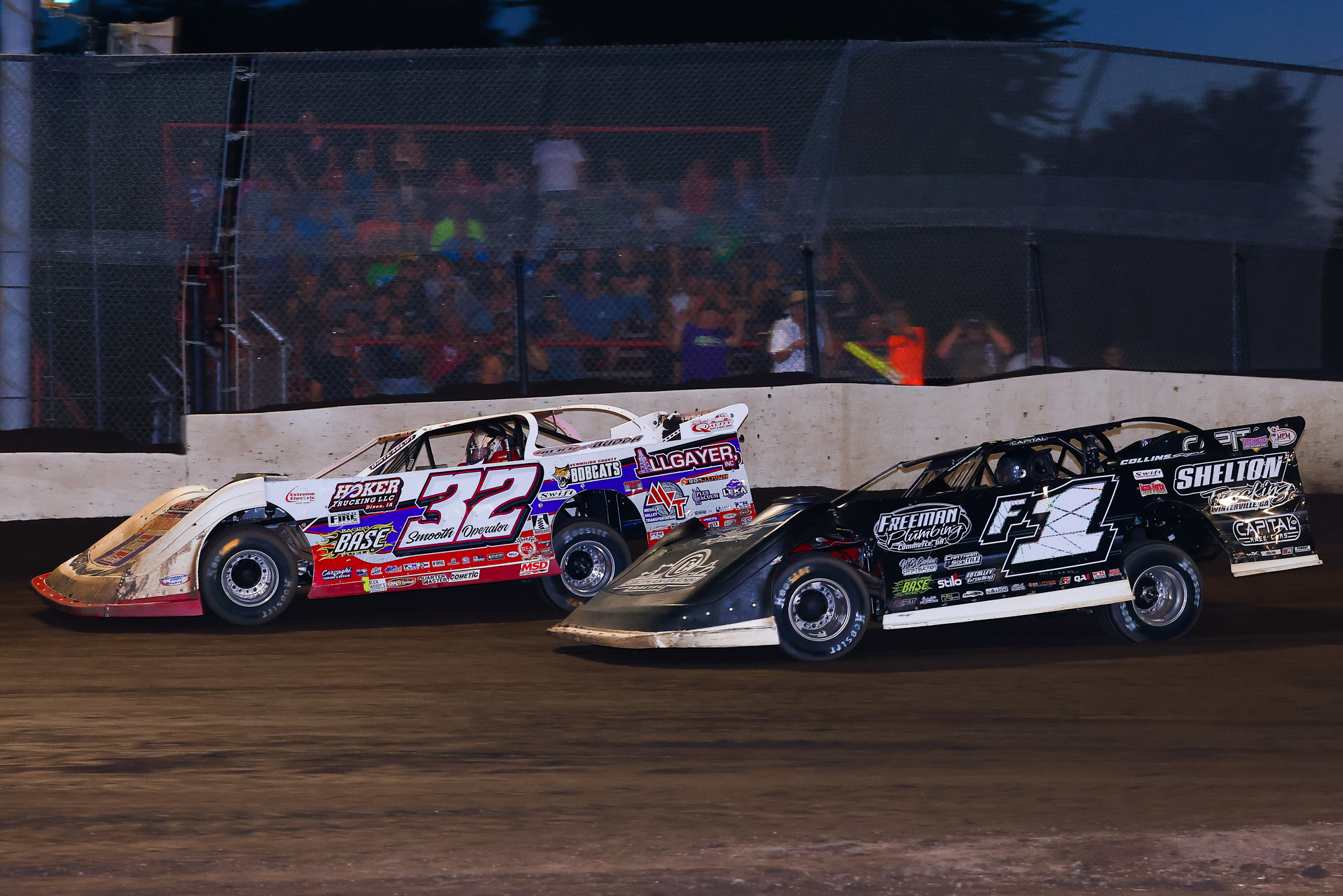