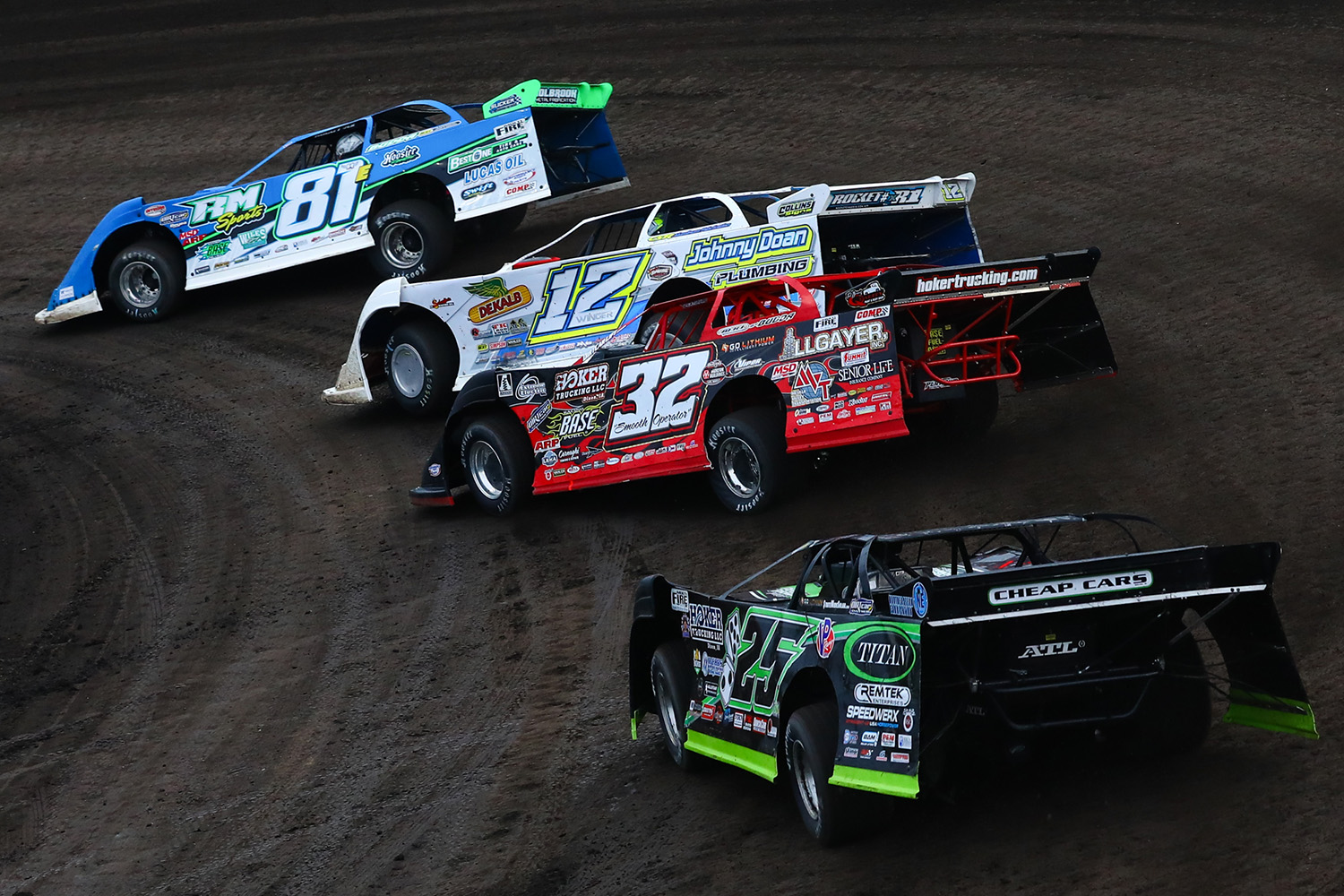 WHAT TO WATCH FOR: Babb Goes for Win 100, Hoffman Goes for Sixth Straight in Week Two

LaSalle, Spoon River, Sycamore, I-55 and Jacksonville up next

With last Sunday’s event at Plymouth Speedway lost to rain, Bobby Pierce, of Oakwood, IL, has clinched the Week #1 championship and the first $2,000 weekly points fund check of the season. The three-time Hell Tour champion is scheduled to race most of Week #2 and will carry a 15-point lead into Wednesday night.

Nick Hoffman carries a 125-point lead into Week #2 of DIRTcar Summit Racing Equipment Modified Nationals action on the back of five consecutive wins in five starts. The rest of the UMP Modified world will attempt to stop his run, going up against the three-time champion Wednesday night at LaSalle – a place where he won last year.

If you can’t get in on the action at the racetrack, watch every lap of competition live from wherever you are on DIRTVision presented by Drydene. Monthly or yearly FAST PASS subscriptions are available.

TIRE RULE AMENDMENT – With the current shortage of Hoosier Racing Tires, a temporary tire rule has been implemented.

All Late Model teams competing in this week’s races will be required to run Hoosier LM20 tires on the left-front, right-front and left-rear corners with an LM40 on the right-rear. Each driver will be given a receipt at the registration table, which can be redeemed at the tire truck for a set number of tires each day.

The number of tires that a team is allowed to purchase may fluctuate daily, depending on the inventory of the dealer at each track.

It was only his second appearance with the tour this season, but he’s got more going on his plate this week. Babb, of Moweaqua, IL, has the first four races of Week #2 on his schedule and has won a Summer Nationals race at all of them.

He’s now shooting for career Hell Tour victory #100, which, if achieved, would tie him with six-time champion Billy Moyer for #1 on the all-time wins list. Armed with his Team Zero Race Car and a ton of experience on each of the tracks he faces this week, Babb and his crew have a great shot ahead of them this week to make history.

SUMMIT MOD STREAK – Five tracks. Five wins. All 130 Feature laps led. Nick Hoffman is on one of the most dominant winning streaks the Dirt Modified world has seen in the past several seasons.

This Wednesday, he looks to make it six-in-a-row at LaSalle – the site of one of his 12 DIRTcar Summit Racing Equipment Modified Nationals Feature wins last year. He escaped the clutches of his biggest competition this past week in the six-time champion Mike Harrison, who chased him down both Friday and Saturday night but was unable to catch the Elite Chassis #2.

Hoffman, of Mooresville, NC, is now only nine wins away from tying Harrison for most Summit Modified wins all-time at 52. He’s also chasing his own single-season wins record of 13, which he set in 2019, and is well on his way to breaking it with only nine more wins required over the next 30 races.

POINTS BATTLE – Through the first five races, it’s been a close points battle between Bobby Pierce and Tanner English.

Pierce has led since the start, winning the first two races at Brownstown Speedway and Peoria Speedway. But English has kept pace with five-straight top-five finishes and a win Friday night at Tri-City Speedway – the second of his Summer Nationals career.

Fifteen points is now all that separates the two young guns. Pierce, a three-time champion, has 39 Summer Nationals wins in his career, while English, of Benton, KY, looks for #3 this week.

After being disqualified on Thursday night at Kankakee County Speedway for failing to report to the scales after the checkered, Shirley, of Chatham, IL, and the Bob Cullen Racing team regrouped the next day at Tri-City Speedway and earned one of their best finishes of the week – a third-place to Tanner English and Bobby Pierce.

Squirrel comes into Week #2 sitting 81 points back of leader Bobby Pierce in the championship standings. He’s the defending winner at LaSalle and also had some success there earlier this year – leading over half of the Thaw Brawl DIRTcar Late Model special in May.