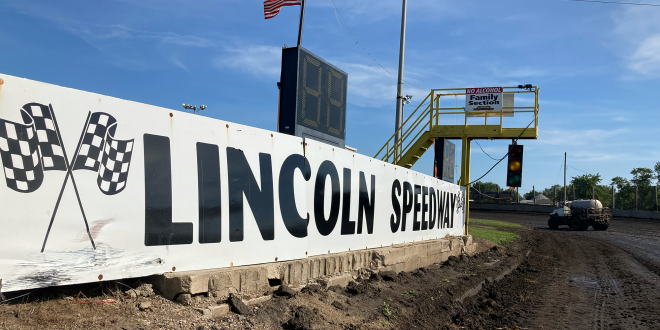 Twenty-six weeks of regular season racing, and it all comes down to this. The 27th annual DIRTcar Fall Nationals at Lincoln (IL) Speedway caps off the 39th season of weekly DIRTcar Racing this Thu-Sat, Sept. 29-Oct. 1, and will officially determine the national champions.

Six DIRTcar divisions will take to the 1/4-mile bullring over three days, starting with a group of practice sessions for all divisions on Thursday night. Friday night features a full racing program for the DIRTcar Pro Late Models, Stock Cars, UMP Modifieds and Pro Modifieds.

The DIRTcar Late Models and Sport Compacts will join the Pro Late Models, UMP Modifieds and Pro Modifieds on the docket for Saturday night in the second full night of racing.

Tickets are available at the gate on race day, and plenty of camping space is available.

Here are the drivers to watch and storylines to follow this weekend:

LOCAL CROWD – Newly crowned track champion Brandon Roberts, of Ashland, IL, leads the charge for the UMP Modifieds into the doubleheader weekend against a group of tough expected entries. He was the only driver in the division to win twice there this season.

END OF THE ROAD – Kenny Wallace will finish up the final full-time UMP Modified racing season of his career this weekend, entering both nights of competition in pursuit of his first DIRTcar Fall Nationals trophy.

It’s been a record season for the 59-year-old Missourian, collecting 11 Feature wins in a division-high 66 starts and the Federated Auto Parts Raceway at I-55 track championship. This ties his best single-season wins total from 2012 – the year of his DIRTcar Summit Racing Equipment Modified Nationals championship.

Wallace, who led national points for much of the season and now currently sits seventh, has already had success at Lincoln this season, scoring a win in a weekly event on May 20.

PRO MOD MANIA – For the second-straight season, the Pro Modifieds feature the closest points battle in any of DIRTcar’s eight divisions and will be settled Saturday at Lincoln.

Points leader Deece Schwartz, of Ashmore, IL, held a six-point advantage over Guy Taylor coming into last weekend. Their points gap will stay close coming into this weekend, and one Feature win for either driver could decide the champion, depending on the car count and where the other driver finishes.

Taylor, of Springfield, IL, bagged the track championship and an incredible 13 Feature wins at Macon Speedway this year, while Schwartz clinched the Kankakee County Speedway and Charleston Speedway track titles with 17 Feature wins between the two tracks.

GUESS WHO’S BACK – Two weeks ago, Steve Sheppard Jr. returned to the seat of a Super Late Model for his first competitive start in five years. This weekend, he’s back in the saddle for a shot at his first DIRTcar Fall Nationals title.

Steve, the father to multi-time national touring champion Brandon Sheppard, of New Berlin, IL, placed 21st in a field of 42 cars at Fairbury Speedway on Sept. 13, making the Feature through a final transfer spot in a Last Chance Showdown event. The veteran racer will pilot his blue/white No. 5s this weekend at Lincoln, adding to the colorful roster of expected Late Model entries.

Parga, the 2021 DIRTcar national champion, has already sealed the division title again this year but will have to contend with Heck this weekend if he wants a Fall Nationals trophy. He’s got the best shot of anyone, winning two Features at the 1/4-mile already this year in addition to the track championship.