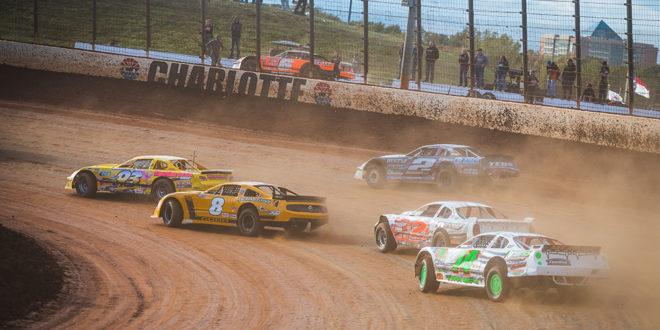 The seventh annual World Short Track Championship at The Dirt Track at Charlotte, Oct. 27-29, is set to be one of the biggest yet.

With a record 10 divisions this year, more than 400 drivers from the across the country are expected to compete in the three-day event – more than half from North Carolina and South Carolina.

It’s a chance for short track stars to win on the biggest stage of their career and for some to compete against superstars of the sport like NASCAR Cup Series winner Justin Haley and World of Outlaws CASE Construction Equipment Series winner Chris Madden.

If you can’t make it to the track, you can watch every lap of the World Short Track Championship live on DIRTVision – either at DIRTVision.com or by downloading the DIRTVision App.

Here are the top storylines to follow this weekend:

DOUBLE DUTY DRIVERS: Several pre-entered drivers are doubling-up and increasing their chances of taking home World Short Track Championship gold this year by entering in two divisions. More will likely follow suit as registration continues at the track this weekend.

Ryan Ayers (Newton, NC) – Ayers will pilot both a Summit Racing Equipment UMP Modified and a Hoosier Racing Tire Pro Modified in this year’s event, one year after his fifth-place finish with the UMP Modifieds in 2021.

Austin Holcombe (Elm City, NC) – The reigning Pro Modified World Short Track Champion returns to The Dirt Track this weekend, piloting both a Pro Modified and his more regularly raced UMP Modified. It’s been a career year for Holcombe, one in which he finished 15th in national DIRTcar points with 11 Feature wins in 46 starts.

Brian Carter (Concord, NC) – A World Short Track and Super DIRT Week regular for the past several seasons with his MSD Pro Stock, the World of Outlaws and DIRTcar Racing CEO has his new Chevy Performance 602 crate engine Late Model suited up and ready to go for this year’s event – his first time pulling double duty at the World Short Track Championship.

Preston Blalock (Clemmons, NC) – It’s an all-crate assault for Blalock this year, who takes on two divisions for the first time in this event (Pro Modified, 602 Late Model). He’s appeared in every Pro Modified championship Feature in event history, dating back to 2016, with a best finish of fourth in 2019. 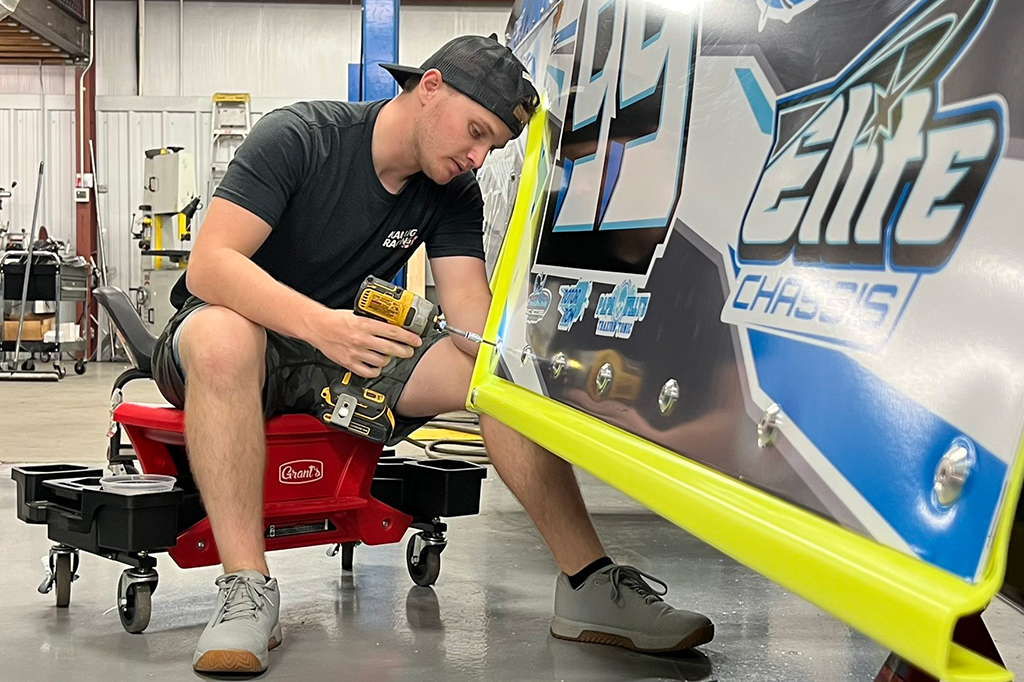 While this will be his first time racing at the 4/10-mile Dirt Track at Charlotte, Haley is no stranger to UMP Modified racing. He won a gator trophy during DIRTcar Nationals in 2019 at Volusia Speedway Park in his own DIRTcar UMP Modified.

MADDEN IN A MOD: For the second time in two years, national dirt Late Model star Chris Madden will get behind the wheel of a UMP Modified and compete for the $4,000 grand prize.

The Gray Court, SC-racer will once again pilot Pennsylvanian Dan Davies’ Lethal Chassis No. 71 this weekend, following a head-turning debut in the event last year where Madden wheeled it to a runner-up finish to three-time national champion Nick Hoffman in the championship Feature and third in the All-Star Feature.

NEW ADDITION: A new storm of V8 engine power is brewing over The Dirt Track at Charlotte this weekend as the SRI Performance Mid-East Racing Thunder Bomber division makes its event debut.

These Street Stock/Stock Car-type machines, commonly found racing around the weekly venues of the Southeast, offer a competitive roster of drivers that will be just as eager to get to Victory Lane as any other.

Leading the way with five Feature victories in local competition this year is former World Short Track Champion from Greenville, SC – Rod Tucker. Tucker proved his worth around the 4/10-mile of Charlotte in 2018, winning the COMP Cams Mini Stock Championship Feature for his first event title. He now has a shot to become the first driver in event history to win a Feature in multiple divisions but will have to defend against fellow heavy hitters Benji Knight (3 wins), Mark Towell (2 wins) and Hunter Funderburke (3 wins).

NORTHEAST COMES SOUTH: A couple weeks after the Northeast’s biggest race, Super DIRT Week, the stars of the DIRTcar Sportsman and DIRTcar Pro Stock series will make their way south for a final shot at winning on a national stage this year.

The Pro Stock division will also see the return of its reigning champion, along with the return of several Canadian competitors. With the border between the United States and Canada, several drivers from Ontario and Quebec will make their return to North Carolina.

Last year’s Pro Stock winner Sheldon Martin, of Mooresville, NC, will try to claim the $3,000 top prize again. His victory in 2021 was his first ever win on dirt.

HORNET SWARM: Consistently one of the most entertaining classes of the World Short Track Championship, the Hornet division (also known as FWD/Sport Compacts) has currently has more than 50 entries – the highest car count of all divisions.

With the field split into multiple 15-lap Features throughout the week, multiple Hornet drivers will a chance to win the biggest race of their careers – one many of them call their Daytona 500. 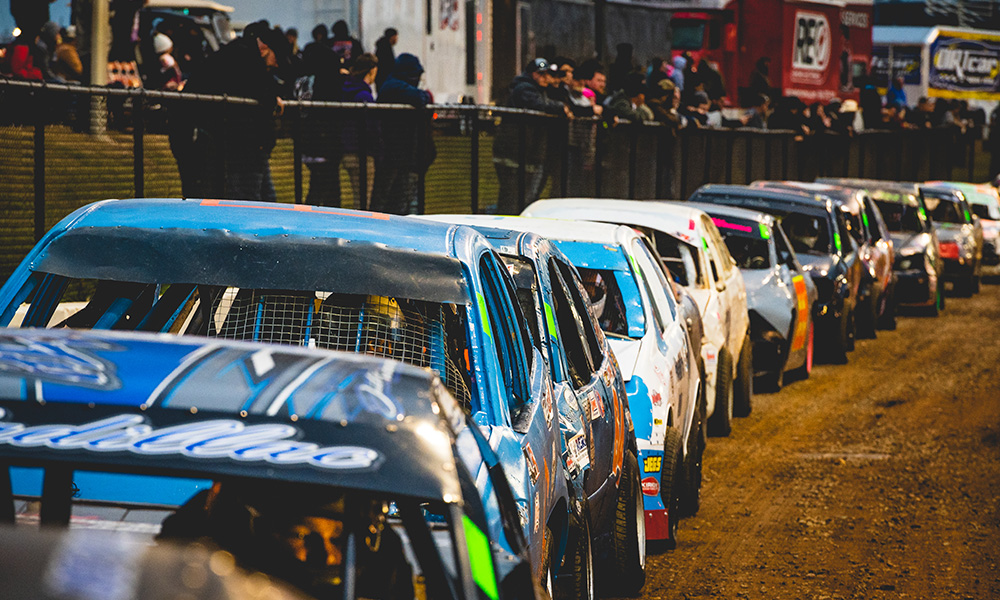