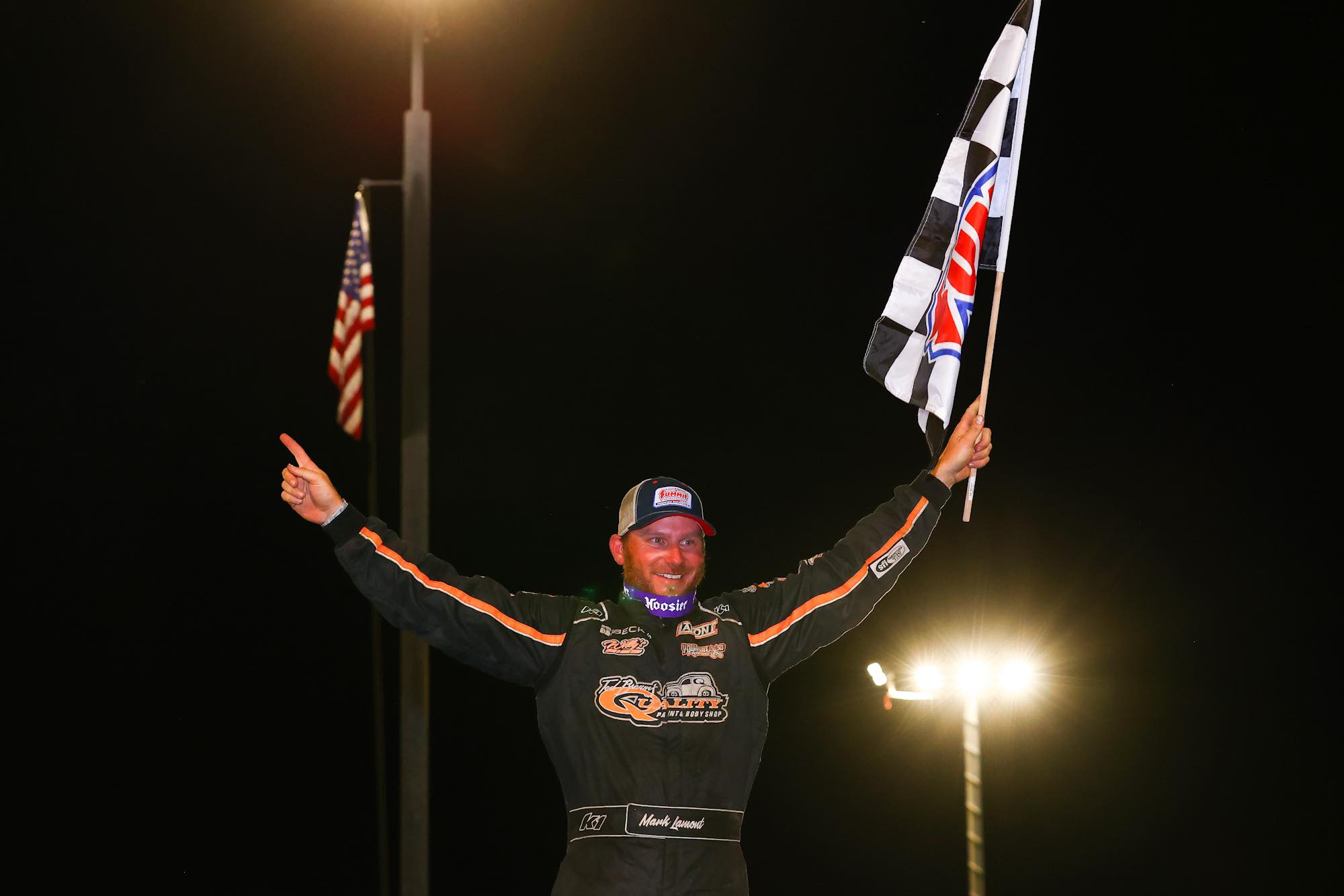 It’s been a long time coming for one UMP Modified team from Crossville, IL.

Mark Lamont beat some of the best regional racers in the Midwest Sunday night, right at his home track Tri-State Speedway. It meant the world to win his first DIRTcar Summit Racing Equipment Modified Nationals Feature in front of fans, friends, family and sponsors.

“I wouldn’t say a couple hours, I’d say about ten years,” Lamont said about how long he’d been trying for a Summit Modified win in Haubstadt. “We’ve been trying to win this race forever, it seems like.”

Lamont grabbed the lead on Lap 3 of the 25-lap main event and looked as though he was going to be on point for the distance, until Tyler Nicely entered the frame. Nicely, the multi-time regional champion from Owensboro, KY, was hot on Lamont’s trail, running the bottom lane, and caught and passed Lamont on Lap 16. But the battle was only getting started.

Lamont battled back on the inside and retook the lead on Lap 19 after a side-by-side battle with Nicely.

“I saw [Nicely], which made me push it a little harder,” Lamont said. “He raced me clean, and it was a blast.”

Getting around some lapped traffic with three laps left, Lamont was opening a gap back up between he and Nicely when the caution flag flew. This restacked the field and gave Nicely one more shot.

Lamont fired great on the restart and was able to keep Nicely at bay for his first career Summit Modified victory, finally achieving a mark he’d had set several years ago.

“It’s amazing,” Lamont said. “I’m not sure what my next goal would be, because this has been my goal for so long. Hopefully, my wife doesn’t make me sell it.”

The DIRTcar Summit Modifieds take Monday and Tuesday off before returning to action Wednesday, July 13, in the tour’s debut at Montpelier Motor Speedway. If you can’t be at the track, watch all the action live on DIRTVision.