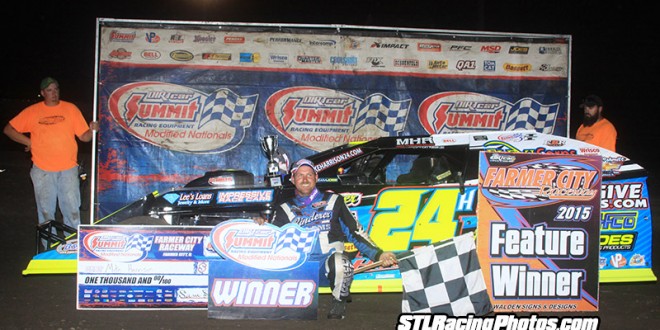 It wasn’t easy on Saturday night. Bollinger raced hard, trying to get under Harrison several times, but Harrison had the high side dialed in at the quarter-mile dirt oval.

“I knew about five laps in my steering wheel was way off so I’ve got something bent in the front end,” Harrison said. “I think my pull bar bushings actually busted out of the car because it’s clanking and clattering. I was a little worried. I was just glad to hang on.”