TAMPA, FL……2/3/l4….Finally, the 38th Annual Winternationals at East Bay Raceway Park got underway Monday with the 15th Annual Open Wheel Modified feature that fans had been waiting for since last Thursday. However, it wasn’t because of rain this time that caused the program to be cut short after 17 laps – it was dense fog!

Kyle Bronson from nearby Brandon, Florida, was declared the winner after 17 laps of the scheduled 25 lap event paying $1,500 to win over a stellar field of open- wheel modified cars. It marked the first Winternational win for him in the Wayne and Shirlene Hammond owned number 40B car that he started in third spot in a field of 27 cars that showed up here from 12 states to compete for the Open Wheel title.

Bronson explained the early going like this. “I knew the inside was the fastest way around the track, but everyone was running down there. With Kyle Strickler starting on pole and Dale Mathison taking the lead for the next six laps, I decided to try the outside and it worked for me.” Bronson took the lead coming out of turn four in heavy traffic on lap seven as fog began to appear above the track. The win marked the third win in as many tries for the new GRT chassis powered by a Mullins engine.

Mathison stayed close in second with Devin Gilpin in third until making his bid for the runner-up spot by lap 9. A second yellow on lap 13 had the fog setting in closer to the running field and by lap 17, the cars on the back stretch hard to see from the flag stand and the scoring tower. At this point in the interest of driver’s safety, officials were forced to stop the race.

Behind Bronson and Strickle, Billy Workman, Jr. got third on the last lap followed by Gilpin and Jason Gross in the top five. Rounding out the top ten it was Roger Crouse, Kenny Wallace, Austin Sanders, Mike Potosky and Devin Dixon.

Bronson set fast time of 17.393 and drew a zero pill for the four heat inversions which were won by Strickler, Mathison, Bronson and Gilpin. Plans for Tuesday include a double show starting with hot laps at 5:00PM.

Grandstands open at 5:00 pm with Hot Laps to begin at 5:00 pm. Admission prices are as follows: If you purchased a Grandstand ticket for Monday’s second show, you must have that ticket plus $10 to see 2 shows on Tuesday. If you don’t have that ticket your Admission price is $20 to see the 2 shows on Tuesday. Pit prices are $30. If you have any questions, please feel free to call the office after 1:00 pm on Tuesday afternoon. 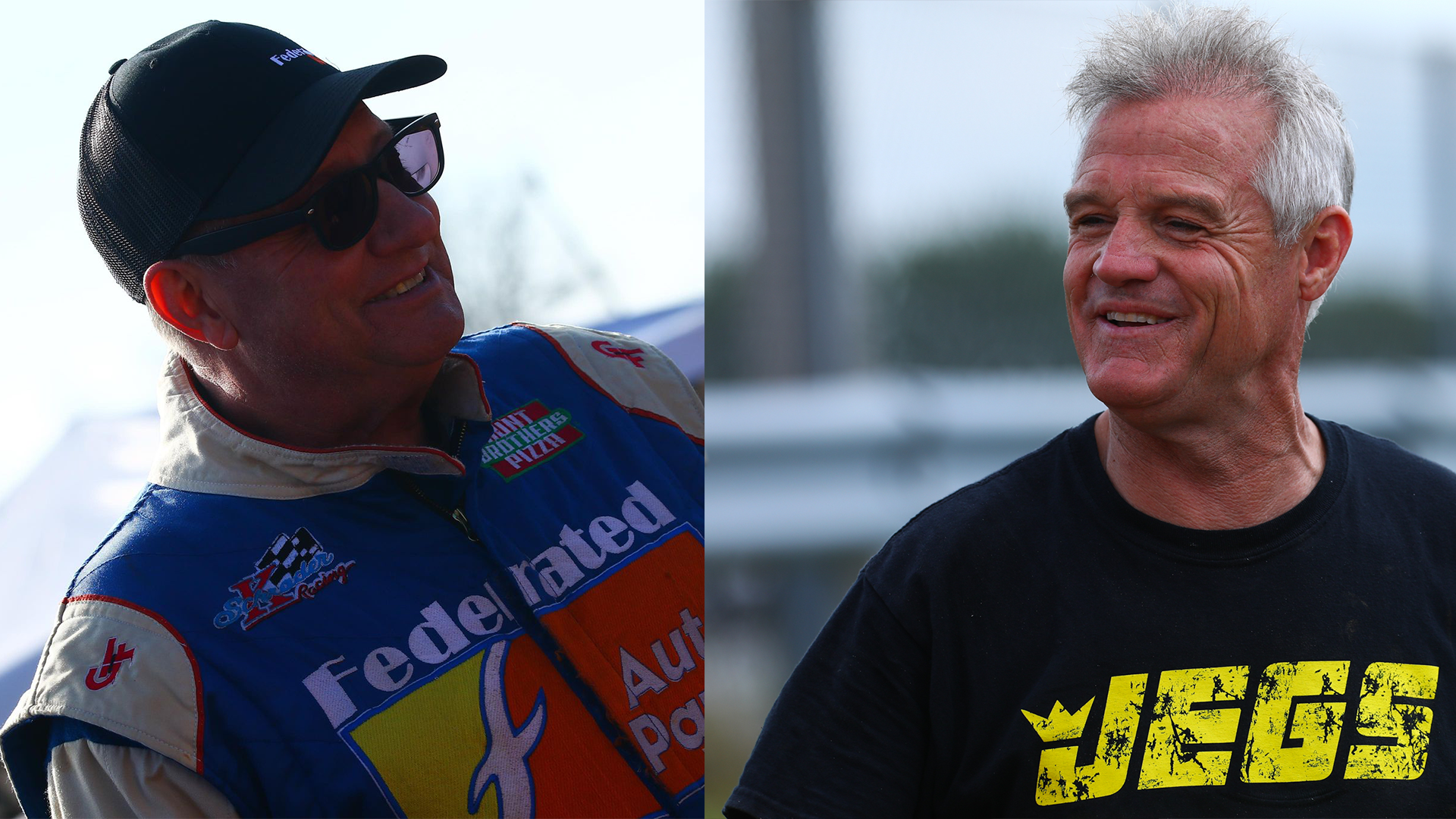 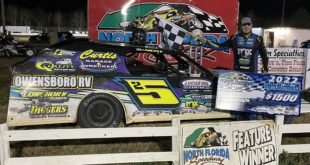 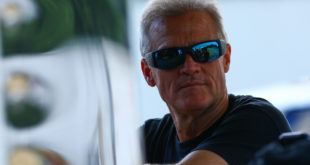