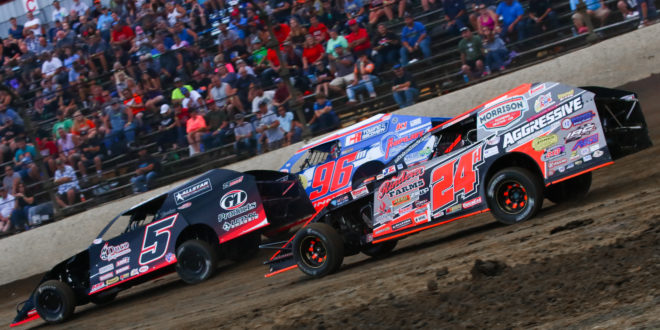 DIRTcar UMP Modified competition is receiving a big upgrade in 2021 with the formation of an 11th region.

Several new tracks will be holding weekly and special event competition under the DIRTcar banner this year, forcing a reorganization of some existing Modified regions as well as the spawning of the all-new Appalachia Region.

The Appalachia Region consists of several tracks found in the 2020 East Region and the addition of the recently revived West Virginia Motor Speedway in Mineral Wells, WV, which is scheduled to host two Renegades of Dirt/Dirt Cup Challenge races in August. Winchester Speedway and Wythe Raceway also join the region as special event hosts.

The Michigan Region stays at a strong 11 tracks this year with the addition of special event action at Tri City Motor Speedway in Auburn.

UMP Modified racing in Indiana has been split into two main regions again this year, but with some changes from 2020. The new Indiana Region is comprised of each track found in the former Southern Indiana/Kentucky Region (except Tri-State) with the addition of the brand-new Circle City Raceway in Indianapolis and Thunder Valley Speedway in Salem.

The new Ohio/Indiana Region will house the second main group of Indiana circuits that made up the former Northern Indiana Region last year. They will combine with Daugherty Speedway, Eldora Speedway, Limaland Motorsports Park, Millstream Speedway and Oakshade Raceway to make up the 10-track group.

The Missouri/Illinois Region stays largely the same with the addition of Quincy Raceways and St. Francois County Raceway in Farmington, MO.

The Northern Illinois Region stands as the only region on the list not undergoing any changes for 2021. All eight tracks are returning for weekly/special Modified competition.

The Deep South Region has expanded to 11 tracks and now includes special events at All-Tech Raceway in Florida and Friendship Motor Speedway and Halifax County Motor Speedway in North Carolina.

The Ohio Region sees a significant restructuring for 2021 with the addition of Hilltop Speedway, Muskingum County Raceway and Wayne County Speedway.

Last but not least, the Illinois Region comes in as the smallest group on the list, with four returning tracks from 2020 and the addition of special events at Champaign County Speedway.

The top-10 in each Modified region’s points standings at season’s end will receive a points fund check according to the scale below. The national champion will collect the traditional $20,000 check.

Several updates have also been made to each of the other five regional divisions under the DIRTcar banner. Follow the links below to view the current regions for each division.