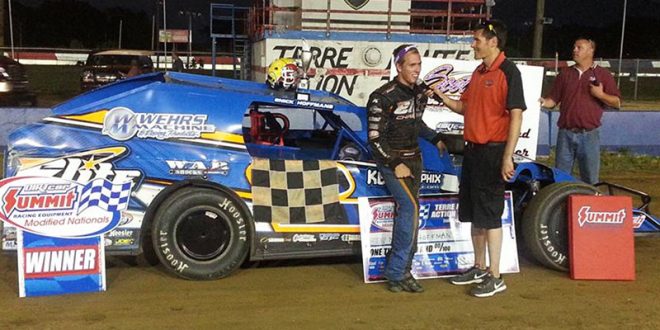 Hoffman, who picked up the win the first night at Kankakee County Speedway on Thursday, returned to action on Sunday in top form. Hoffman was fast throughout the night. He battled to the lead at the mid-point of the feature and ran away with the win. Hoffman scored his second victory over Brian Shaw and Richie Lex.