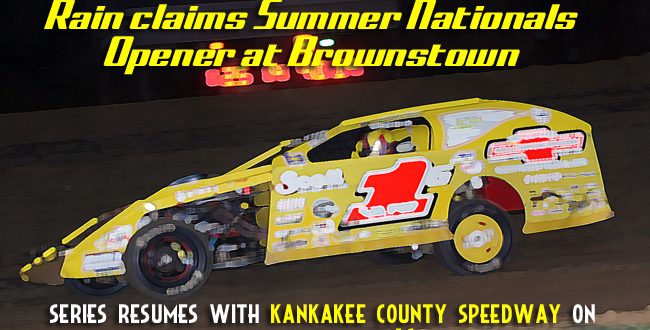 A forecast filled with potential showers ultimately forced track owner Jim Price and Series Director Sam Driggers to pull the plug on the inauguration race of the 2016 season. There will be no make-up date for the race.

The 32nd “Hoosier Dirt Classic” and UMP Summer Nationals show was to feature the UMP Late Models, with UMP Modifieds and Super Stocks on the 1/4-mile oval. Driggers expected a large field to kick-off the season of more than 40 cars.

“We’re disappointed but for all the rain we got and the 50 percent forecast throughout the day, it was beyond our control,” Driggers said. “Being the first show, it’s always the travelling guys against the local guys, and it makes for a great show.”