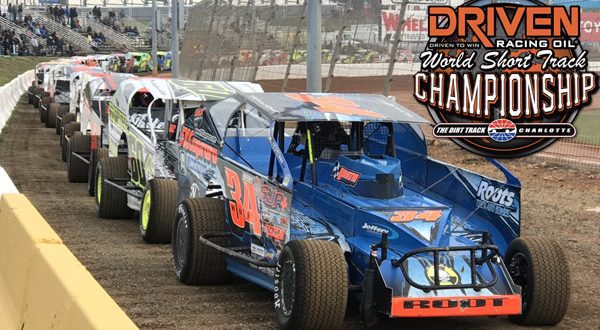 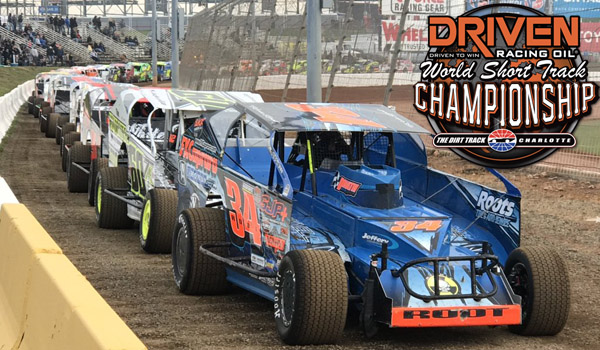 CONCORD, NC — Oct. 26, 2018 — After a successful day of timed Hot Laps on Thursday, October 25, 347 teams — plus more due to arrive on Friday — were ready for a big weekend of racing at the Dirt Track at Charlotte for the third annual Driven Racing Oil World Short Track Championship. Mother Nature had other ideas, though, as persistent showers and thunderstorms forced DIRTcar Racing and Charlotte Motor Speedway Officials to postpone Friday’s program to Saturday morning.

With the postponement, a revised scheduled has been put into place with Friday’s schedule of events added to Saturday’s Schedule, creating a very busy morning, afternoon and evening — and a spectacular one-day show for all to enjoy.

As a result, however, Friday’s originally scheduled timed Hot Laps have been cancelled, and Saturday morning’s Heat Races have now been lined up according to Thursday’s best Hot Lap times (lineups below). Additional drivers who show up before Saturday morning’s racing will be added to the back of their Heats.

Thursday, October 25, was a practice day with timed Hot Laps for the nine divisions on the property, led by the 56 Fox Racing Shox DIRTcar/SECA Pro Late Models. Matt Long — originally from Cambridge, OH, who now calls Concord, NC home — was the fastest car on the grounds with a lap of 16.038 seconds around the 4/10-mile high-banked dirt oval. Brothers Jacob and Dillon Brown were second and third quick, while Bryan Mullis and Banjo Duke finished off the top five. 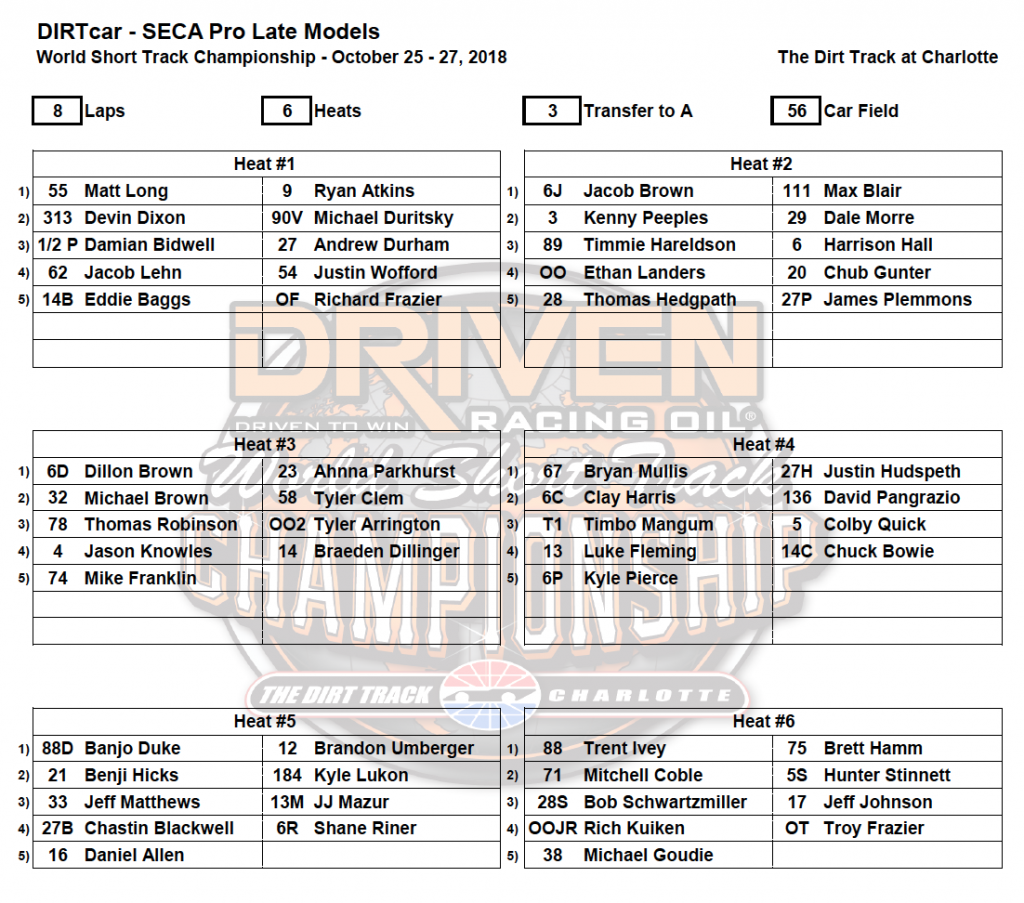 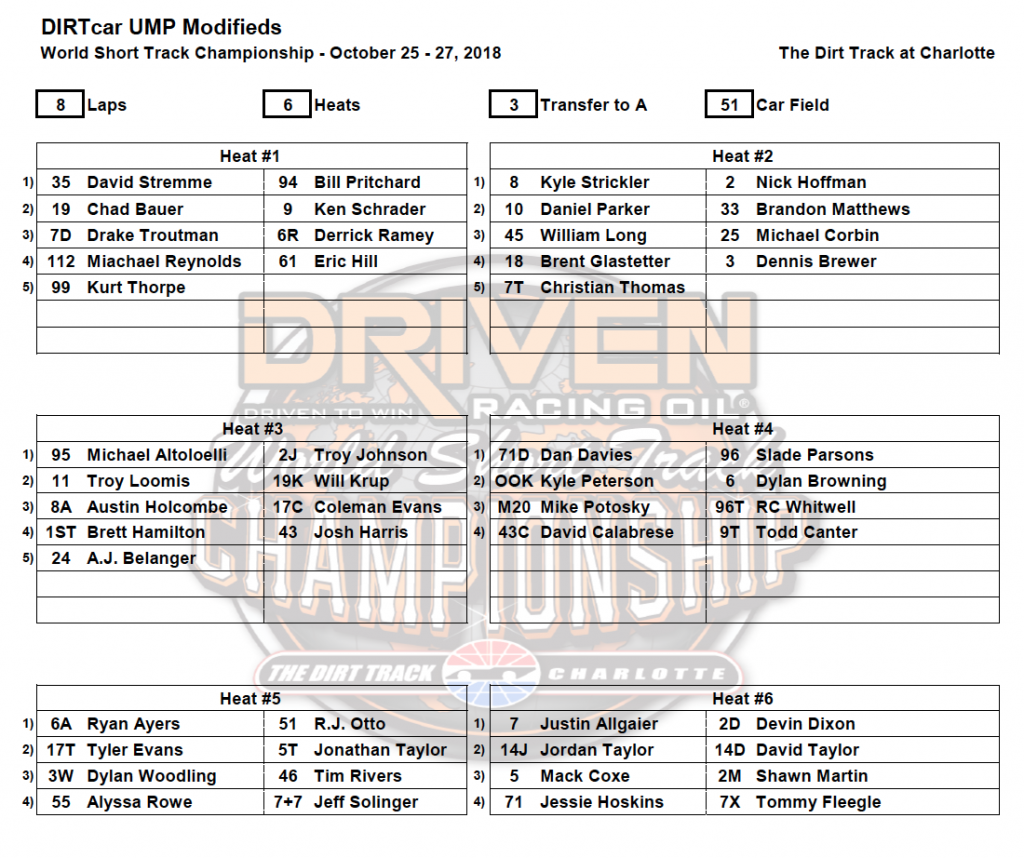 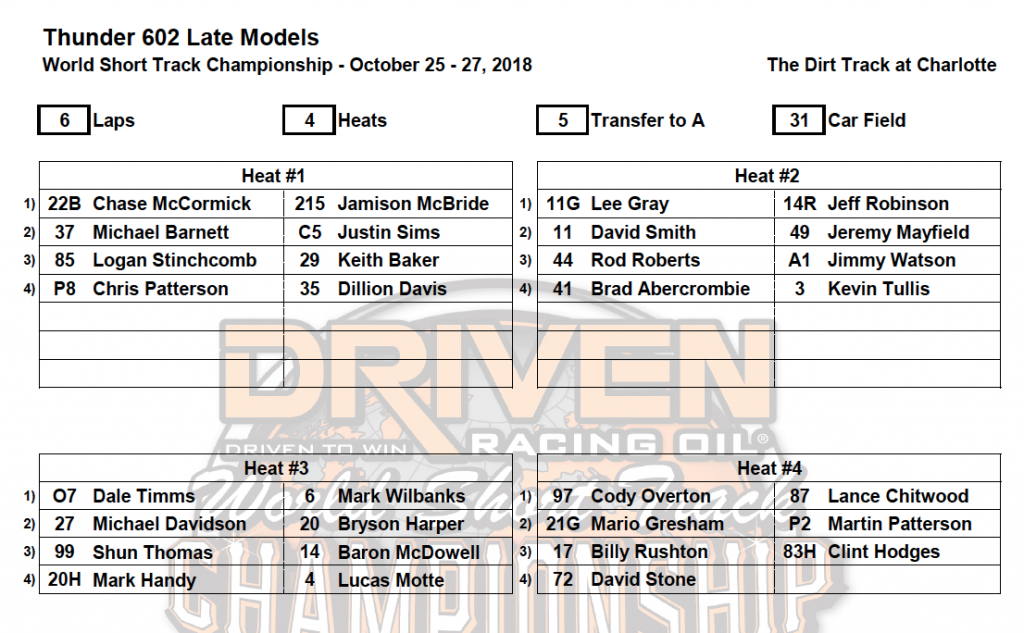 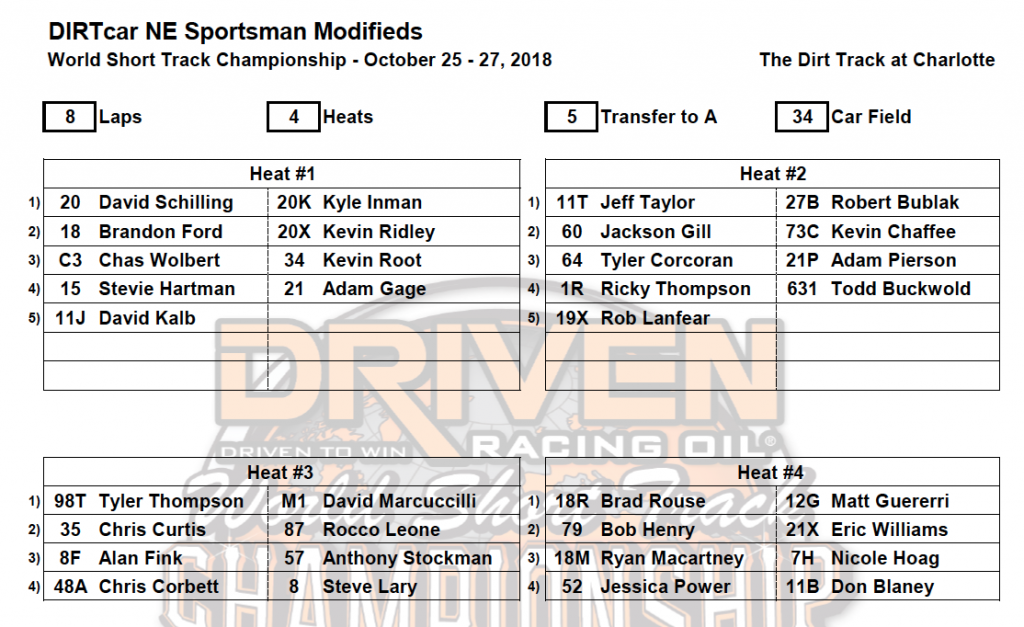 In the Hoosier Racing Tire DIRTcar/SECA Pro Modifieds, defending race winner Jeff Parsons, from Union Grove, NC, continued his mastery of the Concord oval with an 18.191-second lap. Jake Gibbons was only 0.003 seconds behind Parson with the second fastest time of the 33-car field, as Hank Taylor, Jesse Rockett and Kevin Pangrazio rounded out the top five. 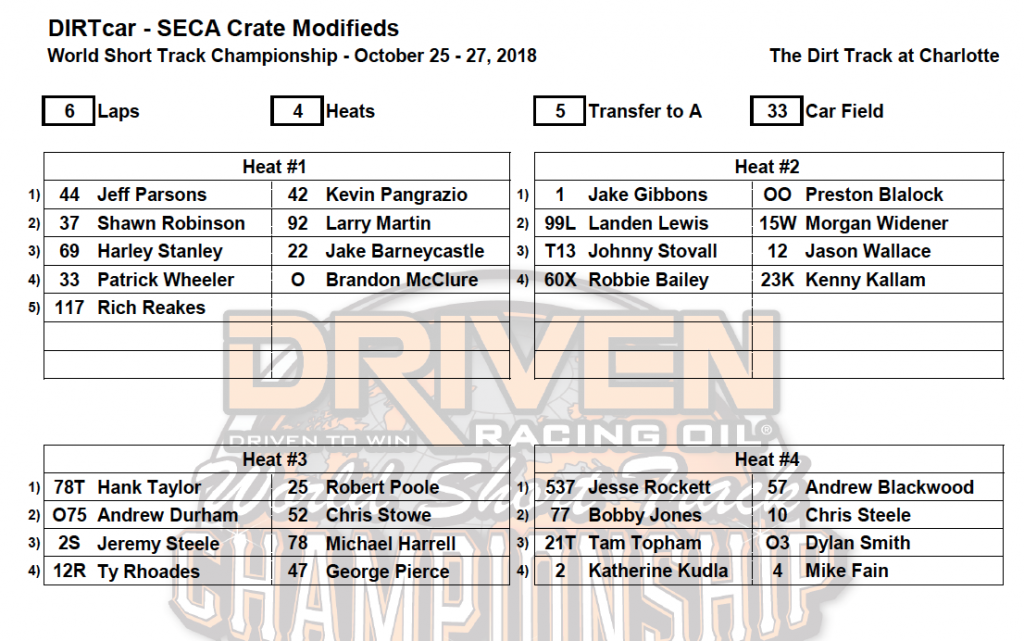 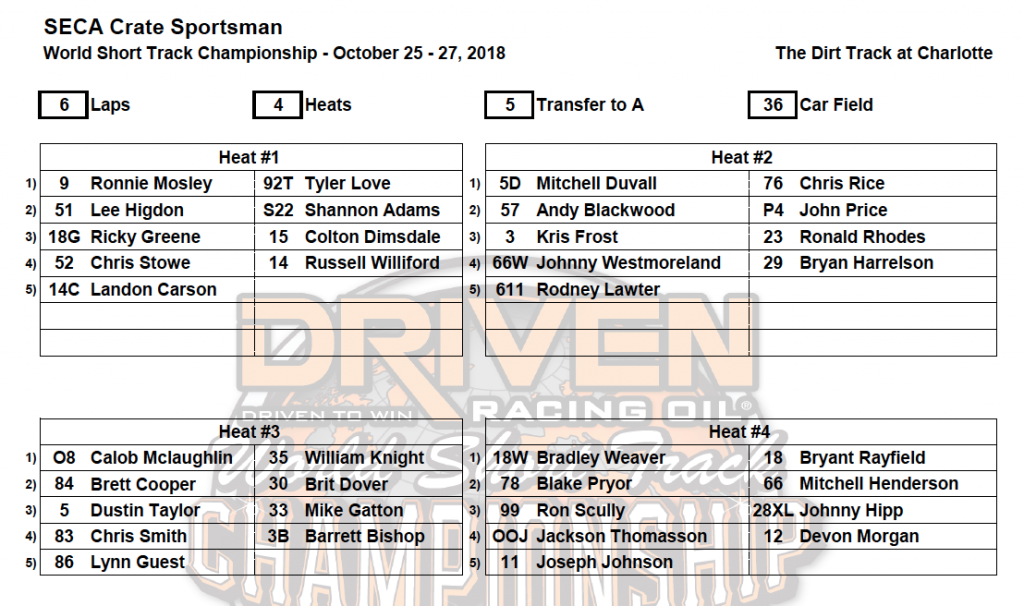 Monster Mini Stock and and Hornet lineups will be available tomorrow as they will draw for position. Saturday morning’s Hornet feature drivers who were not on track Thursday will draw upon arrival (draw closes at 9:00 a.m.) and be added to the field based on the draw. The field will be split into two main events with full purses. There will be no practice or Hot Laps. After Friday’s features, all drivers will re-draw for two more features on Saturday evening.

See the revised schedule for the third annual Driven Racing Oil World Short Track Championship. You can also find DIRTcar Racing on Facebook and Twitter. Don’t forget, if you can’t make it to The Dirt Track at Charlotte, DIRTVision.com has you covered with the LIVE broadcast.