PCRA will award UMP National Points for all events in 2011!

Mark Voigt and Sam Driggers sat down over lunch this past week to talk about the future of crate late model racing in the Midwest.  Candidly, they decide to have both organizations work together in order to help the crate late model class flourish well into the future. For every PCRA event, UMP Pro Crate Late Model points will be awarded. Mark and Deane Voigt would like to thank Sam Driggers for taking the time out of his busy schedule to discuss the future of crate racing in the Midwest as they look forward to a prosperous 2011.

The PCRA will be amending the tire rule to include the LM-40, DCM- 55 to go along with the WRS 55. After many conversation with local racers, the PCRA felt that expanding the specs on the tire rule would benefit the racers following the series and help the PCRA grow.

We also would like to take the time and wish all racers and the racing community a Merry Christmas and a Happy New Year.  Again if anyone would like to talk about the future of the series, please contact Mark at 618-881-4706 or visit us at pcralatemodelseries.com! 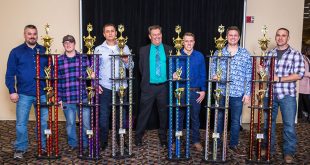 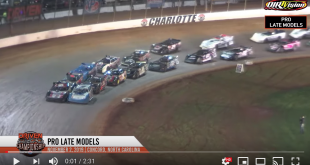