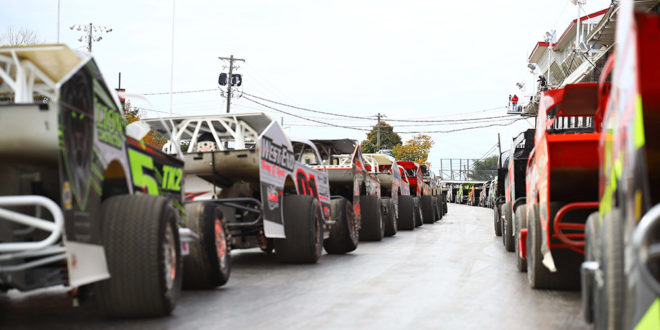 The DIRTcar 358 Modified Series, DIRTcar Sportsman Series and DIRTcar Pro Stock Series will showcase the best drivers in the Northeast from April to October

The Northeast’s DIRTcar 358 Modified Series, DIRTcar Sportsman Series and DIRTcar Pro Stock Series are set to thrill fans throughout New York and beyond in 2023, including Super DIRT Week 51.

From April to October, the best drivers in the region will showcase their talents across 15 different tracks spanning from Ontario to North Carolina with New York and Vermont in between.

All three Series, along with the Super DIRTcar Series, will come together again for Racing’s Biggest Party at Oswego Speedway, Oct. 2-8, to celebrate the 51st Running of Super DIRT Week. Soon after, the DIRTcar Sportsman and DIRTcar Pro Stocks will get to shine on another big stage at The Dirt Track at Charlotte for the World Short Track Championship, Oct. 26-28 – a non-points event.

“Between the level of competition in the DIRTcar Northeast divisions and the exceptional tracks we go to, I’m excited for fans to see what we have in store for 2023,” DIRTcar Northeast Series Director Dean Reynolds said. “We had several thrilling events last year and the championship conclusions came down to the wire. I believe we’re poised to carry that momentum into 2023 for another great season.”

358 Modifieds
Every event on the 2023 calendar for the DIRTcar 358 Modifieds is one marquee race after another.

The Series will commence its 2023 tour at Can-Am Speedway, April 14, during the first night of the new two-day Thunder on the 1000 Islands. It’ll round out spring at Fulton Speedway during the High Bank Holdup Weekend, April 29, and run one race in the summer at Glen Ridge Motorsports Park for the Mohawk Valley Showdown, June 4.

In the fall, the Series will build toward its championship conclusion with stops at Can-Am Speedway again for the Showdown in September, Weedsport Speedway for the Cavalcade Weekend, Albany-Saratoga during the Malta Massive Weekend and then Super DIRT Week.

Before competing in the $20,000-to-win Salute to the Troops 150 at Oswego Speedway, Oct. 7, the 358 Modifieds will return to Brewerton Speedway for the popular Super DIRT Week satellite show – the Hurricane Harvey 75.

The Series will wrap up its season in Canada at Brockville Ontario Speedway for the $10,000-to-win Fall Nationals and crown a new champion.

Starting as early as April for the North and East Regions, the season will run through October before coming to a close at The Dirt Track at Charlotte during the World Short Track Championship – a non-points event.

Like the DIRTcar 358 Modifieds, the championship chase will end at Brockville Ontario Speedway, Oct. 14, during the Fall Nationals.

More dates will be announced at a later time.

DIRTcar Pro Stocks
The DIRTcar Pro Stock Series will kick off its 2023 tour in April at Can-Am Speedway during the second night of the Thunder on the 1000 Islands with the Super DIRTcar Series. Then, the main portion of the season will run through fall, concluding at The Dirt Track at Charlotte during the World Short Track Championship – a non-points race.

When the tour picks up again in August, the Series will run with the Super DIRTcar Series at Brewerton Speedway during SummerFAST.

A doubleheader weekend will be on tap at the end of August with the Series visiting Lebanon Valley Speedway, Aug. 26, and then venturing to Glen Ridge Motorsports Park, Aug. 27.

The theme of running alongside the Big Blocks will continue two more times when the Series competes at Albany-Saratoga Speedway during the Malta Massive Weekend and at Super DIRT Week 51 for the DIRTcar Pro Stock 50 – where the 2023 champion will also be crowned.

Make sure to check DIRTVision’s schedule of broadcasts as several events will be broadcast live on the premier dirt racing streaming service – including every race during Super DIRT Week 51 and the World Short Track Championship.