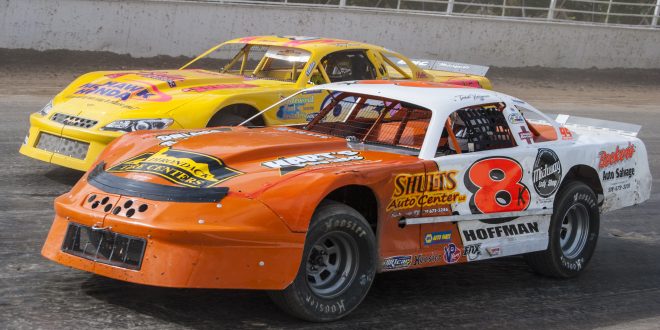 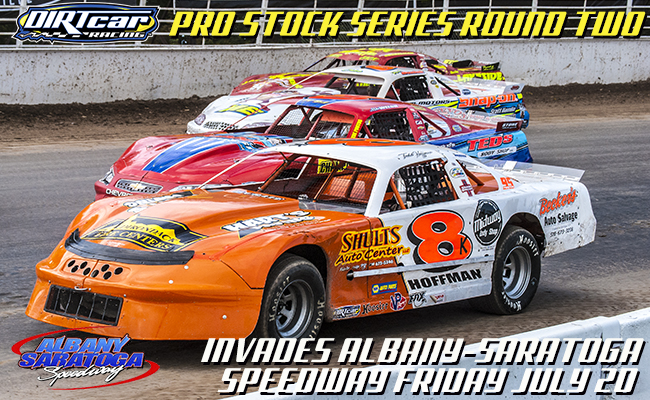 Bruno Cyr captured the checkered flag at the first DIRTcar Pro Stock Series event at Autodrome Granby. It was an emotional Victory Lane for Cyr as he crossed the finish line ahead of Jocelyn Roy, CD Beauchamp, Dany Voghel, and Stephane Lebrun. With only the Granby race behind them, that finishing order is also the current top-five in points.

The DIRTcar Pro Stock Series is the only full-fender touring DIRTcar Northeast division. Races are between 30 and 75 laps at tracks all over southeast Canada and the northeast United States. Fans love watching their hard-racing style as they beat and bang through the corners. Teams pride themselves on showing up at the track in some of the most beautifully designed race cars in the world. The DIRTcar Pro Stocks will go for 75 laps at Super DIRT Week XLVII at Oswego Speedway on Sunday, October 7. However, the Pro Stocks will make their debut at the World Short Track Championship at the Dirt Track at Charolotte Motor Speedway for their 2018 season finale. Both races are can’t miss events.