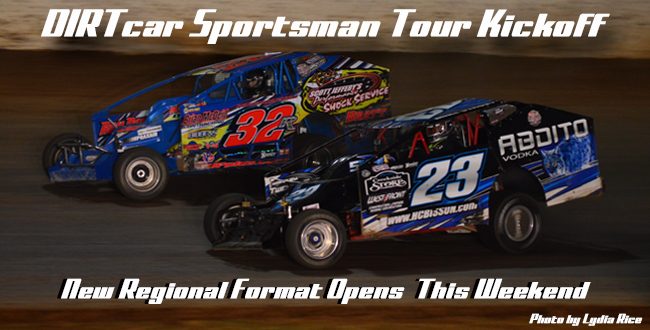 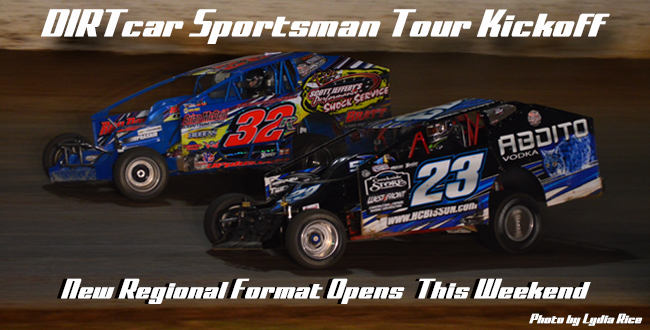 CONCORD, N.C. – April 26, 2017 – The DIRTcar Sportsman Series will see the green flag for the first time in 2017 with a pair of regional tour races in Central New York this weekend. The upcoming campaign marks the first year for the series’ new regional format, which features four distinct geographic regions. Drivers from all four regions will combine for a culminating six-race stretch in September and October to declare an overall series champion.

The DIRTcar Sportsman Series Central Region begins on Friday, April 28 with the Highbank Hold-Up 40 at Fulton Speedway in Fulton, NY before finishing the weekend with the Gates-Cole Insurance 30 at Utica-Rome Speedway in Vernon, NY on Sunday, April 30.

Early-season races, combined with a regional format created to ease travelling, has engaged a number of drivers to run the series for the upcoming season, said DIRTcar Sportsman Series director Cory Reed.

“This year, it seems like a lot of drivers within each region have said ‘this is doable for me’ and that’s exactly what we tried to create,” Reed said. “It’s optimism we’re hearing from teams that they think the tour is something they can do now.”

The new format will also create a number of interesting point battles sure to encompass more drivers throughout the season.

“I think the cream will certainly rise,” said Reed. “You have to perform at your home track, in a region and when everybody is combined. Once we sort out the points from all the regions, I think it’s going to be wild. There will probably be 20 or 25 championship contenders at that point. That’s what we wanted. We wanted it to be the best of the best.”

The DIRTcar Sportsman division is the largest dirt track racing division in the northeast, with hundreds of drivers competing weekly at 17 sanctioned tracks in the United States and Canada. It is also one of the most competitive divisions with drivers utilizing a GM Performance 602 Crate Engine to power their northeast center-steer Modifieds. The end result is thrilling, competitive racing that both drivers and fans look forward to seeing.

“It’s a high level of competition on the tour and we should see a lot of different winners within the different regions,” Reed said. “To have it all culminate at Oswego, Brockville and then Charlotte, I think you’ll see all of those events well attended, even more than usual.”

Following this weekend’s Central Region series openers at Fulton and Utica-Rome, the Northern Region will hit the track on Saturday, May 6 for the Racing Stock 50 at Autodrome Drummond in Drummondville, QC. The Eastern Region will tackle also Utica-Rome on May 14 before visiting Devil’s Bowl Speedway in West Haven, VT on May 28. The Western Region will take flight during the Six Nations Showdown at Ohsweken Speedway in Ohsweken, ON on July 25.

To view the complete DIRTcar Sportsman Series 2017 schedule, visit www.dirtcarump.com/schedules. Drivers and teams with any questions regarding the series can email series director Cory Reed by clicking here. 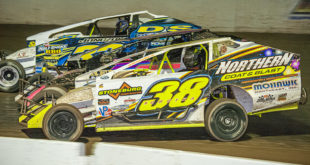