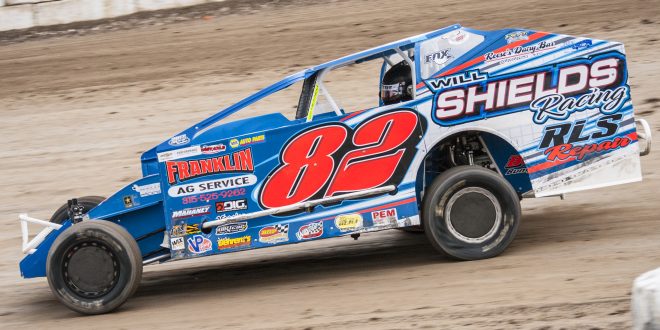 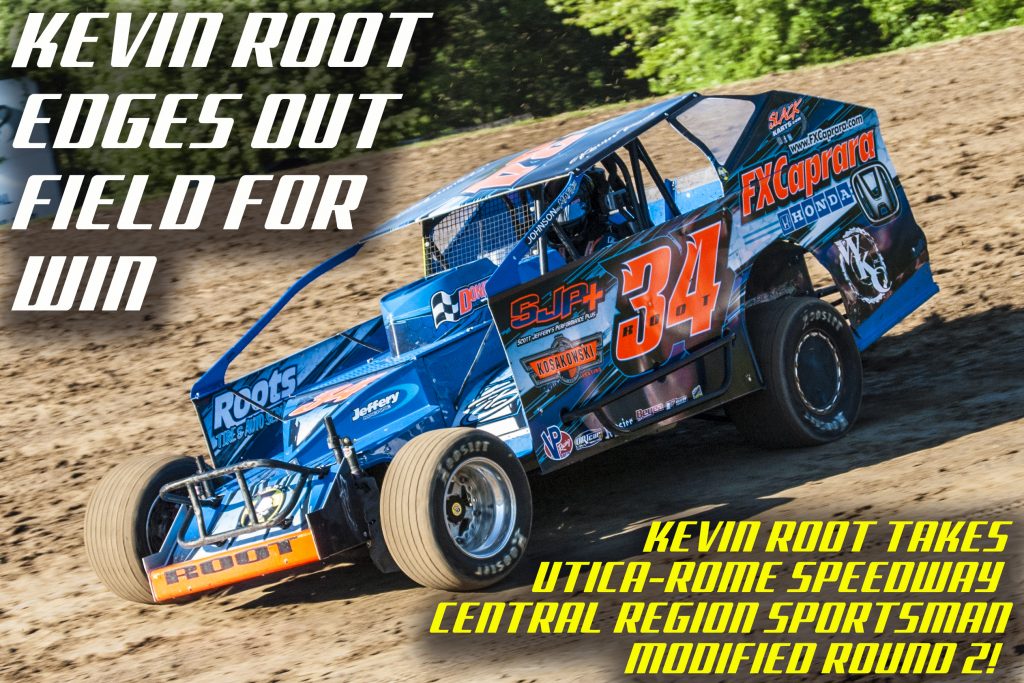 VERNON, NY – June 18, 2018 – Sunday night at Utica-Rome Speedway saw 36 DIRTcar Sportsman Modifieds fill the pit area for Round 2 of the Central Region series schedule. After four Heat Races and a Last Chance Showdown, the 32-car field took the green for the 30-lap battle. In the end Kevin Root outwitted the competition for a trip to Victory Lane. With the win, Root now has positioned himself at the top of the DIRTcar Sportsman Central Region points along with runner up Matt Janczuk. Utica-Rome Speedway’s John Tiff has the recap:

Multi-time Sportsman Utica-Rome Speedway champion Matt Janczuk and Will Shields led the 32-car DIRTcar Sportsman Series field to the green flag with Janczuk gaining the early advantage. As the race continued under green, Janczuk opened a huge advantage as the rest of the field battled for position, with fifth place starter Kevin Root making an early move to grab second by the second lap. With the race going non-stop, Janczuk continued to run away and hide from the field. At the halfway point it was Janczuk over Root, Kyle Inman, Dave Marcuccilli, and Will Shields.

Heavy lapped traffic started to come into play as Janczuk struggled to negotiate through the slower cars, allowing Root to close in. With 10 to go, Root was on his bumper and a lap later, Root swept around the outside on Janczuk to lead lap 21. After completing the pass, Root steadily pulled away to take his first career Utica-Rome Speedway win in the non-stop feature event with Janczuk, Marcuccilli, Kyle Inman and Alan Fink filling out the top five positions. Rounding out the top 10 was Will Shields, Zach Sobotka, Jackson Gill, Robert Bublak, and Andrew Buff.

The DIRTcar Sportsman Modified Central Region’s next stop is at the rejuvenated Land of Legends Raceway in Canandaigua, NY on Saturday, June 23.