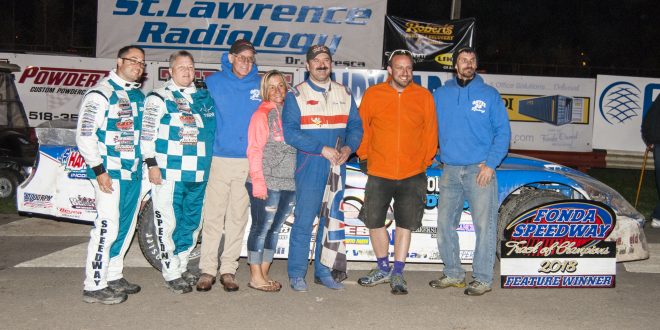 FONDA, NY – September 22, 2018 – Kenny Gates took his first DIRTcar Pro Stock tour victory in 2018 on Saturday, September 22 after fifty laps of hard-fought green flag racing. Fellow Heat Race winners Pascal Payeur and Ivan Joslin finished second and third, respectively. However, the race was never a lock for Gates who went on to win by only .4 of a second.

Shane Henderson took the lead on lap 1 and built fairly large margin over second place runner Chuck Dumblewski. Henderson lead appeared insurmountable without a caution flag but by lap 12 Dumblewski found a racing line that suited him and drove right up to Henderson’s bumper. Dumblewski then worked him over and took the lead.

The race remained green until lap forty when disaster struck for the leader. Dumblewski had a massive lead when CD Beauchamp looped it in turn four, shockingly right in front of the leader. The no. 7D entered turn 4 but never saw the front stretch as he plowed into the prone Beauchamp bringing out the Red Flag. Fortunately, none of the drivers were injured, but the accident ended Dumblewski’s winning drive. Kenny Gates took over the top spot and drove on to victory.

“I thought Shane Henderon was leading,” race-winner Kenny Gates said. “I didn’t realize Chucky was so far in front. I just kept digging hoping we could get a second out of it and maybe a chance for the win. When the big crash happened, it was like geez, Chucky was out there but he was in the wreck. The car was great, we were just digging for all its worth, trying for everything we could get. Geez we just got lucky. Unfortunately, bad luck for Chucky was good luck for us.” 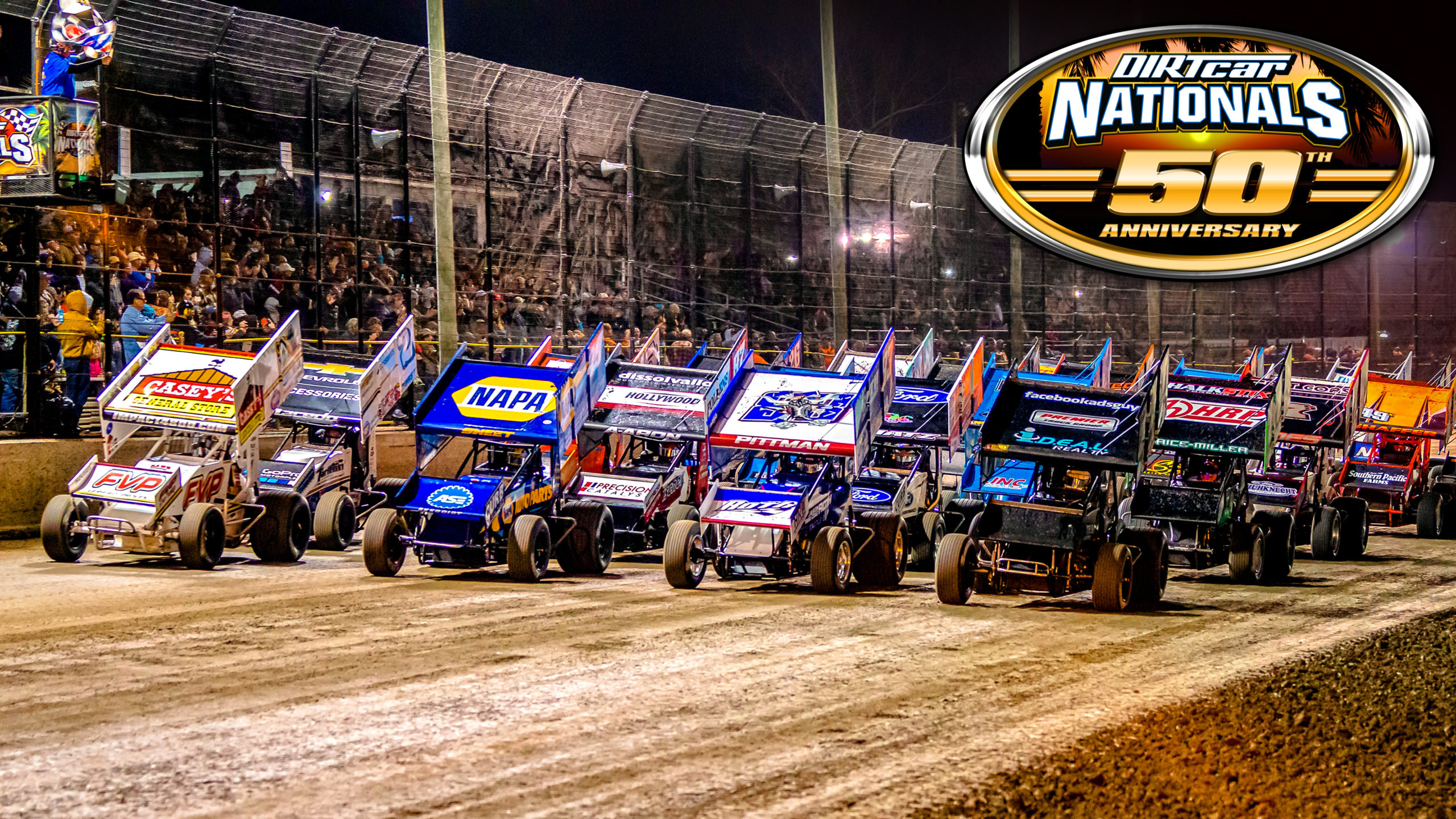