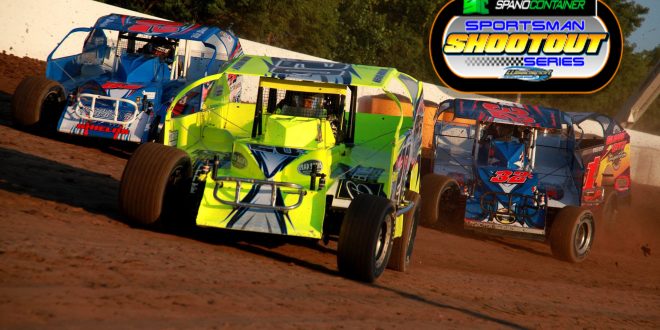 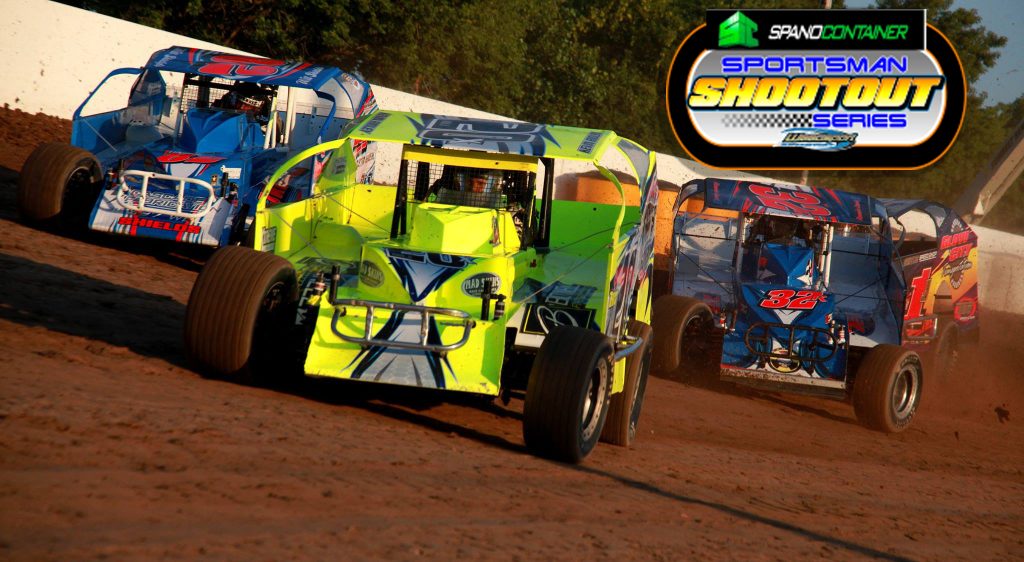 WEEDSPORT, NY — March 6, 2018 — Weedsport Speedway officials announced on Tuesday that Spano Container will be the new title sponsor of The Port’s Sportsman Shootout Series which will open on Sunday, May 20 as a part of the Ice Breaker 50 program alongside the DIRTcar Big Block Modifieds and the NY6A 600cc Micro Sprints.

Weedsport’s Spano Container Sportsman Shootout Series will cover seven races at The Port with a minimum of $1,000 going to the winner of each series tilt. An overall series champion will once again be presented with a hefty $2,000 prize following the final series event during the Super DIRT Week Kickoff Party at Weedsport on Wednesday, October 3.  The top ten drivers in the standings will receive a point payout.

Included within the Spano Container Sportsman Shootout Series will once again be the $2,500 to win Sportsman Classic presented by Industrial Tire of CNY on Tuesday, July 3. This marquee event draws Sportsman competitors from around the state for the right to be called a Classic champion.

All seven events on the Spano Container Sportsman Shootout Series schedule will be DIRTcar sanctioned providing bonus opportunities for DIRTcar home track points. As a result, a DIRTcar license will be required at all events in order to compete.

“The Sportsman Shootout Series at Weedsport Speedway has evolved into one of the top series in all of Sportsman racing and we are pleased to have Spano Container on board as its title sponsor,” said Weedsport Speedway promoter, Jimmy Phelps.  “We look forward to a great year of Sportsman action this season, and they race alongside one of the most diverse racing schedules in all of the country with the Super DIRTcar Series Big-Block Modifieds, the World of Outlaws Craftsman Sprint Car Series, as well as the USAC and ESS Sprints.”

Spano Container has been serving the Syracuse area construction industry and other industries for over 60 years with contractors throughout Cortland, Onondaga, Oneida, Oswego, Cayuga and Madison Counties.

Spano Containers are made of all steel with a high security design including a patented locking system.

Spano Containers can be delivered to your business or jobsite with a variety of options including new, used, or custom builds.

About Weedsport Speedway: Purchased in 2013 by Al Heinke, Weedsport Speedway has returned to a real racers track, providing a complete venue for racers, their families and friends, and for the fans looking for motorsports entertainment.  Officially opened for the first time on July 24, 1955 – the Weedsport Speedway 3/8 mile dirt oval has produced a legendary list of drivers and champions including Will Cagle, Danny Johnson, Bob McCreadie, Alan Johnson, Jack Johnson, and Dave Lape to name a few.  Today the facility welcomes the best of the best in dirt short track racing from the Craftsman World of Outlaws Craftsman Sprint Car Series and the USAC National Sprint Cars, to the Super DIRTcar Series Big-Block Modifieds along with the DIRTcar 358 Modifieds, Sportsman, Pro Stocks, and more.  While racing entertainment is the focal point, Weedsport Speedway has gone the extra mile in welcoming Weedsport Productions, which brings the facility full circle with a dedicated digital entertainment team for web, television, and on site screen usage.