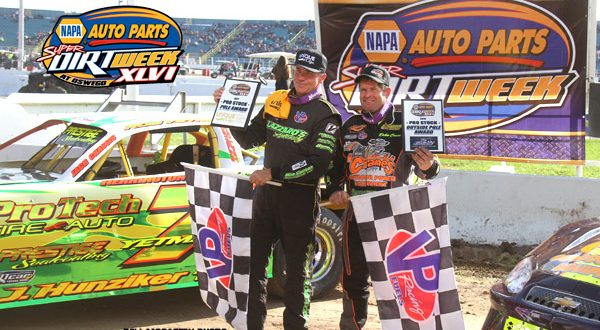 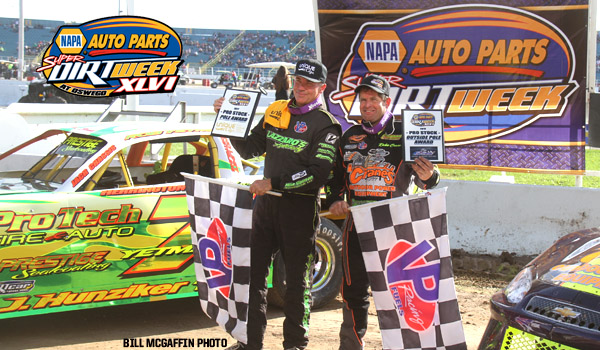 OSWEGO, NY — Oct. 7, 2017 — After a rain storm hit the Oswego area Saturday morning, delaying the start of the NAPA Super DIRT Week race program, the DIRTcar Pro Stocks got the call to hit the 5/8th-mile Oswego Speedway for a quick hot lap session, their second one of the week and second time on the track. Kenny Martin Jr. was fastest in practice on both counts, but this didn’t carry through in Time Trials, in which he qualified sixteenth.

Qualifying Time Trials set most of the field for Sunday’s Championship. Two guaranteed starters and three provisionals left only one spot remaining for the 12-lap Last Chance Qualifier.

Ontario, Canada’s Marc Lalonde got an early jump and led the race green-to-checker. As he was already one of thee three provisional starters, all in the top four, Ivan Joslin lock himself into Sunday’s Pro Stock Finale from the number three spot.

Here is the starting lineup for tomorrow afternoon’s NAPA Super DIRT Week Pro Stock 75, which will include a mandatory pit stop for refueling only: