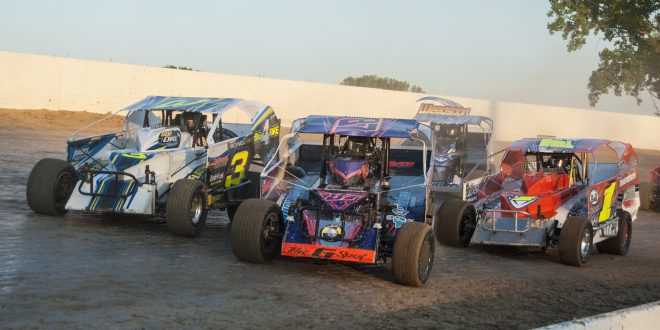 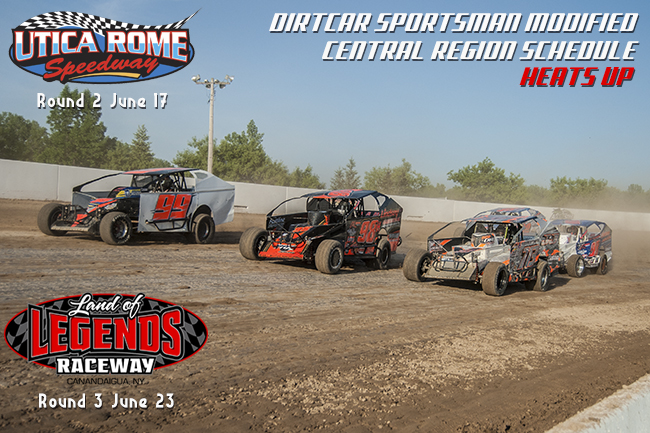 CONCORD, NC – June 11, 2018 – The DIRTcar Sportsman Modified Series schedule comes alive on Sunday, June 17 at Utica-Rome Speedway. Six days later on Saturday, June 23, more Championship points are up for grabs at the rejuvenated Land of Legends Raceway. After the season opener at Fulton Speedway, Shane Picore carries a lead over Utica-Rome’s 2017 DIRTcar Sportsman Track Champion Matt Janczuk, and the hard-charging Kevin Root. The stage is set for the fight over vital June points.

Shane Picore has a head of steam going into Utica-Rome. He recently became the only multi-Feature winner at Brockville Speedway thus far in 2018. Although powerhouse Dave Marcuccilli sits fifth in points, he’s a serious threat to win both Utica-Rome Speedway and Land of Legends Raceway Series races. Marcuccilli has a reputation for speed and the ability to take care of race equipment have made him a top runner at all DIRTcar races. With strong contingents of DIRTcar Sportsman Modifieds running weekly at both tracks, the Series will have plenty hometown challengers looking to steal points.

The schedule of events for the DIRTcar Sportsman Modifieds at Utica-Rome Speedway starts with timed hot laps at 5:00 PM and Heat Races at 6:00 PM to set the thirty-car field. Race day scheduling for Land of Legends Raceway will be released when it becomes available. Be sure to follow DIRTcar Racing on Facebook and DIRTcar Northeast on Twitter for updates, photos, and more.