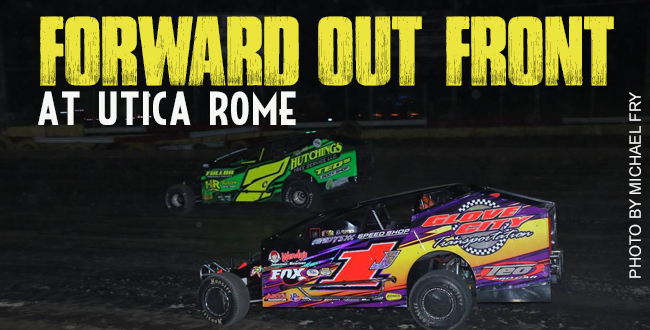 Forward Out Front of DIRTcar Sportsman at Utica Rome Speedway 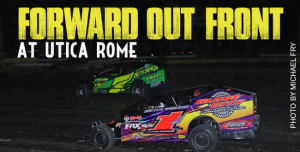 Glenn Forward led all 25 laps on his way to his first victory of the season at Utica-Rome Speedway Tuesday night. As easy it that sounds, it was far from it for Forward, who was making just his third start of the season at Utica-Rome. Forward actually relinquished the lead to Rocky Warner on the backstretch during lap 17 but a caution for Cedric Gauvreau reverted competition back a lap, giving Forward the lead once again.

Warner pounded the back bumper of Forward looking desperately for a way by on the restart, to no avail. Forward was able to extend his lead after Warner hiccupped on the cushion off of turn two. Forward took the white flag with a sizeable advantage only to see a caution flag set up a one-lap dash to the finish, giving second and third place running Warner and Matt Janczuk one last chance to steal the victory.

“You never want to see a caution while leading. Especially with the 1J and 33x behind you,” Forward said.

On the restart, Warner slowed significantly and appeared to have a problem on the right side of his 1J machine. The slowing Warner also held up Janczuk as the duo both limped to the finish in a lackluster fashion. Warner was officially scored 12th, while Janczuk managed to hang on for sixth.

Subsequently, Brent Joy and Kyle Inman moved forward on the final lap and completed the podium.

When asked about the last lap restart Forward said, “I figured if it was meant to be, it’s meant to be. I love racing with Rocky.”

Forward, who also won his Heat Race from 7th, was quick to applaud the Utica-Rome track crew, “The track was awesome. It held the moisture all night and the surface was extremely racey all night.” 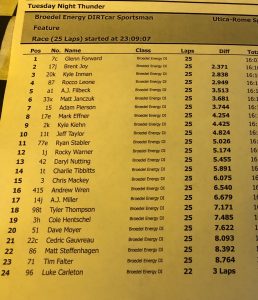 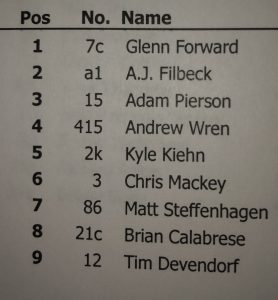 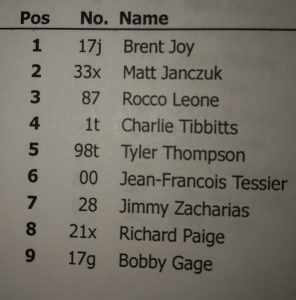 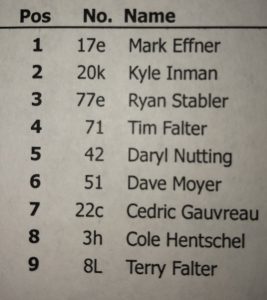 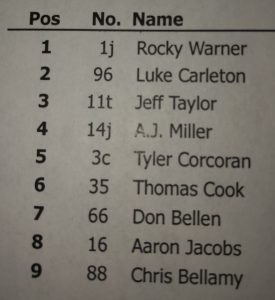