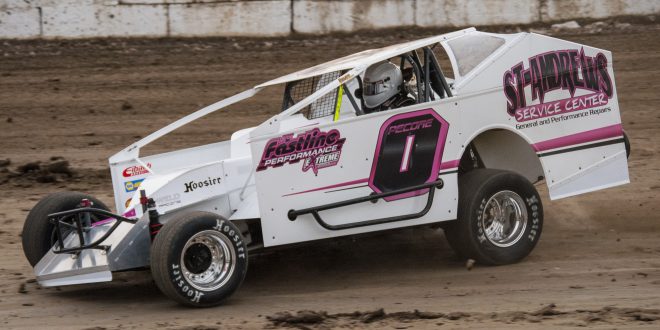 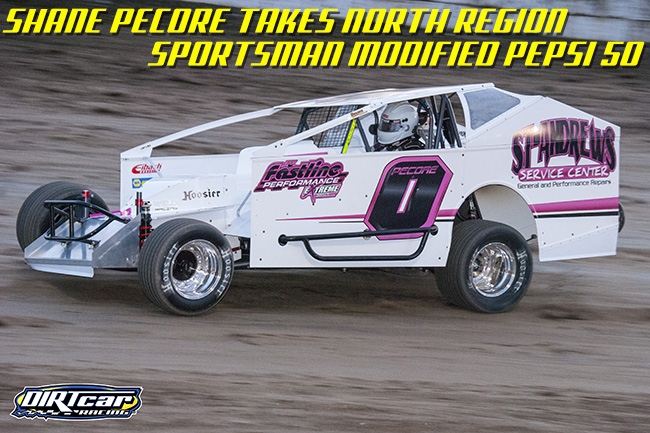 Pecore took the lead for keeps on lap-40, when he and leader at the time, Devin Willis ran upon lap traffic. Pecore made a veteran move to slide past coming out of turn four.

After a yellow flag on lap-41, Pecore elected to restart from the outside lane and drove away to a comfortable margin of victory.

“You have to be on top of your game with the Sportsman Series events,” Pecore said. “I think this group put on a great race tonight.”

Willis held on for a second-place finish, while Nick Heywood made a last lap pace to capture a third-place finish. Martin Pelletier and Jamy Begor rounded out the unofficial top five.

Tylor Terry scored his fourth win of the season in the Ernie’s Discount Tools Super Stock division. Terry took the lead with five laps remaining, as he worked around Jim McKiernan.

Josh LaPorte won for the second time in the Mini-Mod division and Kyle Botala collected the Strictly Stock victory, while substitute driving for Lynn Denton.

For more information, visit airborneparkspeedway.com or on Facebook at Airborne Park Speedway.