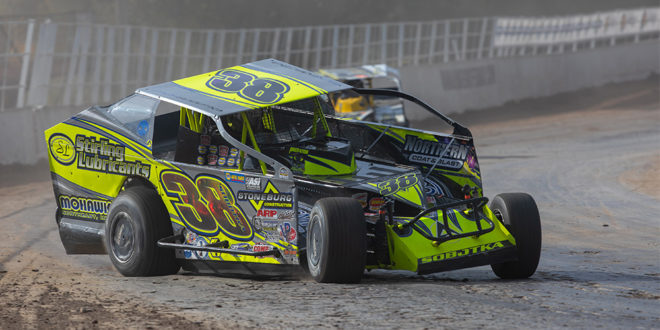 The Parish, NY driver hopes to build off a strong 2021 season, starting with the DIRTcar Sportsman South of the Border Showdown at Lake View Motor Speedway

The cliché, “what a difference a year can make,” is more of an understatement for Zach Sobotka as he enters 2022 with the biggest wave of momentum in his career.

This time last year, the Parish, NY driver took his small Sportsman operation south to Lake View Motor Speedway with no knowledge of the track and a handful of accomplishments under his belt. This year, Sobotka will enter the DIRTcar Sportsman South of the Border Showdown (Feb. 3-5) as a prime contender, having won the most prestigious Sportsman race in 2021 – the Chevrolet Performance 75 during NAPA Super DIRT Week.

“It’s obviously one of the biggest races that you can win in a Sportsman,” Sobotka said. “That boosted my confidence going into this season. Especially for going out of town to new tracks because we only race at Oswego (Speedway) once a year. That definitely boosted my confidence and opened me up to different things to try with the car.”

Along with his Super DIRT Week victory last year, Sobotka earned nine DIRTcar Sportsman trophies, the Brewerton Speedway track championship and finished second overall in the DIRTcar Sportsman points. All accomplished with the three-band team of himself, his father and grandfather.

“It’s definitely awesome we get to have races like this,” Sobotka said. “Most classes up here (in New York) don’t get the chance to go out of town and go to all these different tracks. Definitely allows the Sportsman and Modified guys to do that. Definitely pretty cool.”

Last year, the event was only two days and Sobotka earned a top-10 the first night and then finished outside the top-20 the second. This year, with some notes in his back pocket, he said he has the confidence they can come in and run with the best. And along with going to have fun, the event is a chance for Sobotka to learn, as well.

“I personally like going to out-of-town races,” he said. “I like going to new tracks and trying to learn from different style race tracks to bring back to my local tracks. I believe it helps me out more. The more we travel the more it helps out, I think locally.

“[Lake View Motor Speedway] is a fun track. Definitely different from what we race on around here. It’s a different racing surface with the red clay. You don’t really know what tires to use. But it’s definitely a fun track.”

While there’s a new Bicknell chassis sitting at home, he’s bringing his 2021 car down south, knowing its winning potential. He plans on using the older car throughout the year, mixing it in with his new car as he runs weekly at Brewerton Speedway and Land of Legends Raceway, and on the DIRTcar Sportsman tour.

Circled on that list is a return to Oswego Speedway for the 50th NAPA Super DIRT Week (Oct. 3-9). While he joked, he’d rather say he won the 50th addition than the 49th, he added “back-to-back” winner sounds even better.

“We’re excited to go back and try to make it two in a row,” Sobotka said. “It would mean a lot to our racing program because [our program] is not anything big. We don’t have a lot, so it would definitely mean a lot to be able to do that.”

A win, or good showing, at Lake View Motor Speedway would go a long way to helping build momentum to that again. You never know “what a difference a year can make.” 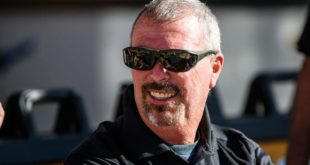