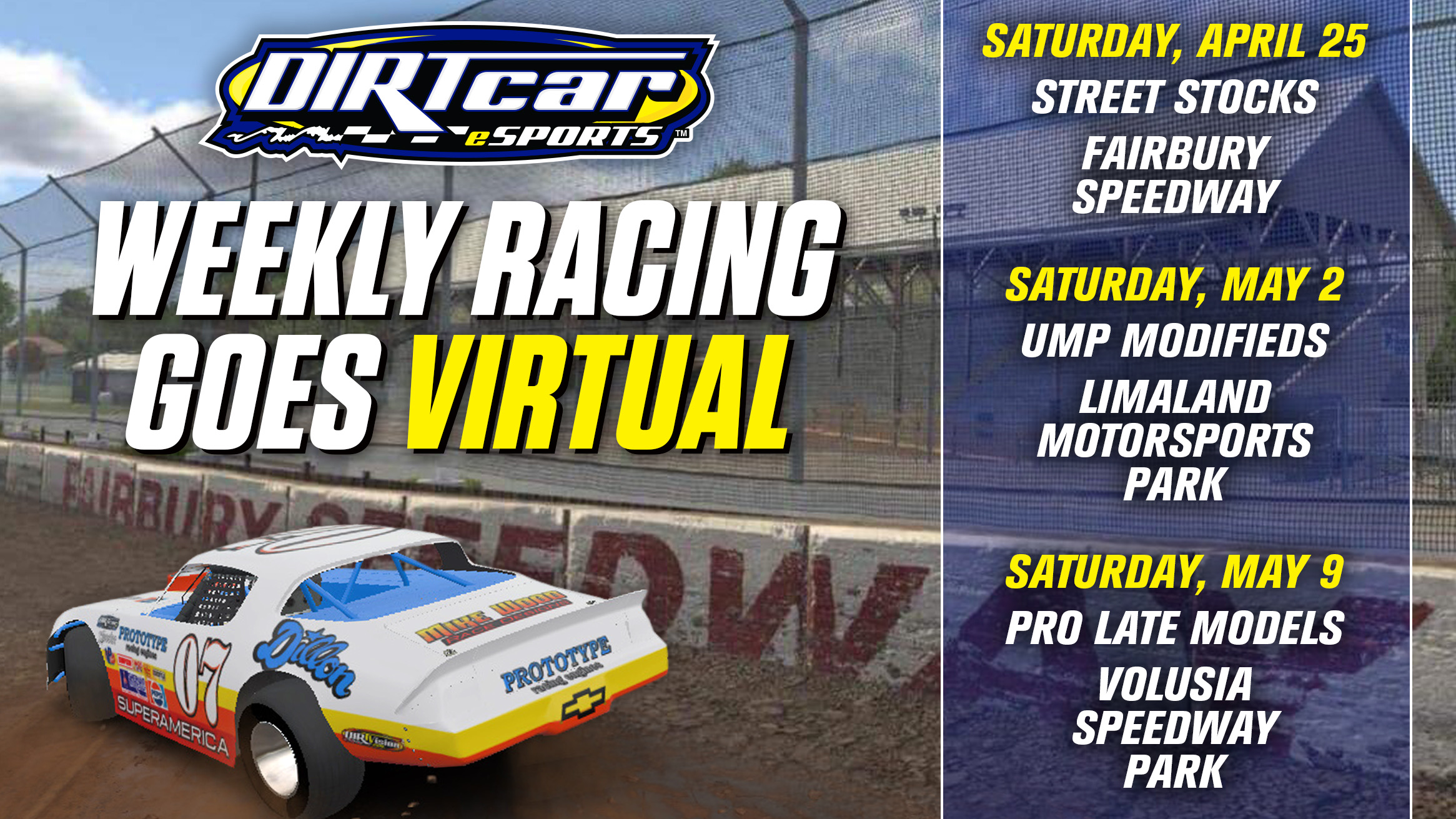 DIRTcar Racing is excited to announce the addition of weekly eSports competition to its schedule, debuting this Saturday, April 25 with DIRTcar Stock Cars (Dirt Street Stocks on iRacing) at the virtual Fairbury Speedway.

True to its founding spirit of inclusivity, consistency and breadth, DIRTcar has built a framework for its weekly eSports division that is open to anyone, accommodates huge fields, pays back through the field, and engages fans via DIRTVision broadcasts. Events will rotate between three DIRTcar divisions offered on iRacing: Street Stocks, Pro Late Models, and UMP Modifieds.

“iRacing has helped us fill the void during these difficult times,” said DIRTcar CEO Brian Carter, “but the attempt to make a simulation as true to life as possible, has led to an air of exclusivity in many of the events we’re seeing. We’re determined to create the same inclusive environment in our DIRTcar eSports events that we have in all DIRTcar events, and lay the foundation for a platform that will endure far beyond a pandemic reaction.”

Weekly eSports competition kicks off this Saturday, April 25, with an epic DIRTcar Stock Car Showdown at Fairbury Speedway. Unlike upcoming events, which will cut across multiple nights, the inaugural event will pack in a full day of racing, with Qualifying sessions from noon to 4PM ET, Preliminary Shows at 6PM ET, and the Final Event at 9:30PM ET.

Entries are now open for the inaugural DIRTcar eSports Showdown, with a purse totaling over $1,000. All Final Feature finishing positions will be paid out according to the posted purse/payouts. To register, competitors need only fill out the digital entry form and pay a $20 entry fee before noon, 12PM ET, on Friday, April 24.

Non-sim-racing fans and drivers can enjoy the Preliminary Shows and Final Feature LIVE on DIRTVision, starting at 6PM ET on April 25, free to all FAST PASS subscribers and available to others via PPV.

For the latest news, follow DIRTcar Racing on Twitter and Facebook. And be sure to stay tuned for more information on next week’s event, featuring DIRTcar UMP Modifieds at Limaland Motorsports Park.