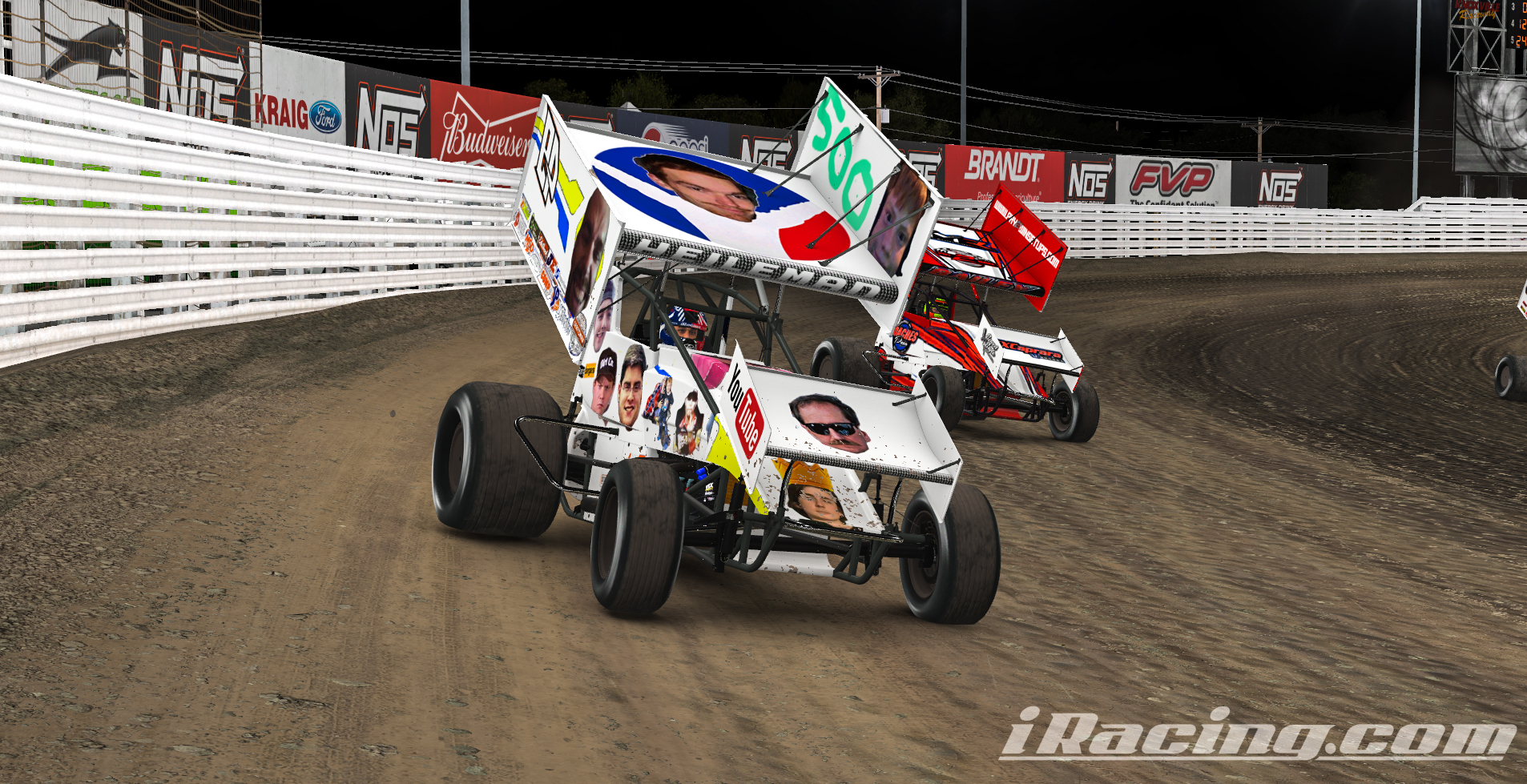 White flag. Bryce Bailey was five turns away from capturing his second-straight DIRTcar eSports Tour victory as he rounded the high side of Turn 4.

Slide job. David Heileman had stolen the lead and began to drive away as the field dashed into Turn 1.

Bailey, of Waverly, NY, gave it all he had in the final corners, but just couldn’t make the bottom work well enough to close the gap Heileman had opened up with the big slider in Turn 4.

“I can’t roll the bottom here very well. I knew I had to stick to the top or I was just gonna drop and anchor and go backwards,” Bailey told announcer Rick Eshelman in the DIRTVision post-race interview.

But Heileman, of Milwaukee, WI, used up every inch of the bottom lane throughout Wednesday night’s 30-lap Feature event to pick up the $250 paycheck, making the shortest way around the virtual half-mile the best way around right from the drop of the green.

Starting from the outside pole, Bailey got the early jump and led the race through the halfway point, surviving a few restarts while the major players made their way to the front. Specifically, iRacing’s two-time and defending World of Outlaws NOS Energy Drink Sprint Car World Champion, Alex Bergeron, who was forced to come from 16th after an incident in his Heat Race put him in a Last Chance race to get him in the show.

Bergeron, of Drummondville, QC, had made his way up to fourth and, after a restart on Lap 16, gave race leader Bailey a big challenge for the top spot as they sped down the backstretch. Heileman was right on his heels heading into Turn 3 and looked low to retake second, but got a nose full of rear bumper.

Bergeron slipped up after the contact while Heileman moved down even lower, but a wheel hop onto the inside berm sent Heileman back up into Bergeron out of Turn 4, sending him into the outside wall and tangling with other cars on the front stretch. The caution was thrown, and for the second time in one night, Bergeron was headed for pit road.

“We came down from the top, had a little more momentum and knocked [Bergeron] off the line a little bit,” Heileman said of the incident. “I thought about back when he jumped the start in the Heat Race, so I saw an open door and took it. That’s just short track racing.”

With Bergeron again forced to come from the back, this opened the door for Heileman to put his focus back on Bailey. Which, he did, pulling even with him as they raced side-by-side under five laps to go. He out-muscled Bailey on the low side to grab the lead with just three-to-go before Bailey returned the pass with a little shove out of the groove down low next lap as they entered Turn 1.

Then, the big slider from Heileman to force the third lead change of the night. He carried the top spot all the way back around to the checkers for his first career victory with the Tour.

“When you’re racing like that, with three to go, especially on the DIRTVision broadcast… it’s kinda like all bets are off. You don’t care about finishing top-three or anything, it’s like we’re either gonna win-it-or-ding it at that point,” Heileman said.

As for Bailey’s second-straight podium finish in as many starts, he was obviously not as pleased this time as he was in Victory Lane the week prior. However, he’s a great sport and realizes a silver medal is just a result of the stiff competition.

“I just made a couple mistakes there at the end,” Bailey said. “When you’re racing people with this high-caliber field, you can’t really make that big of a mistake. 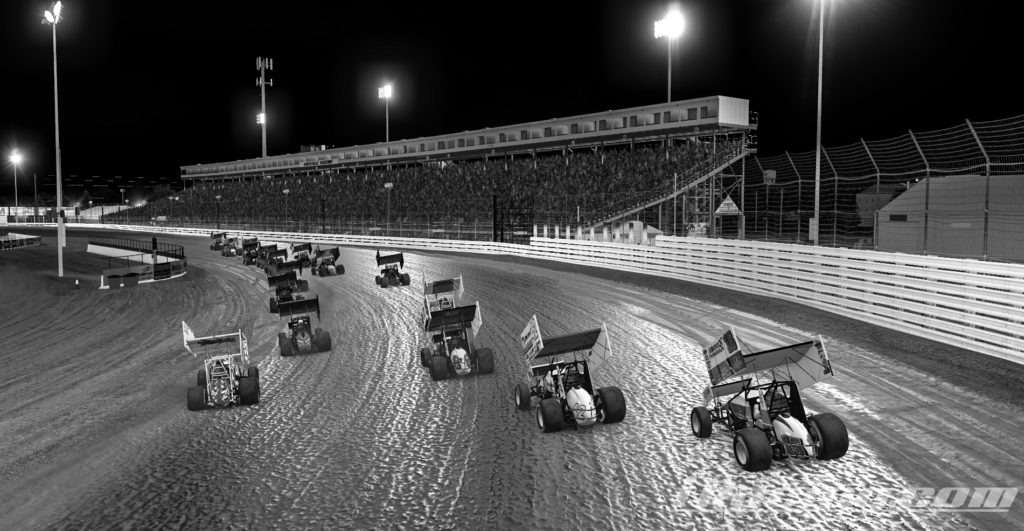 An unsung hero of the race was Mt. Airy, NC’s Kendal Tucker, who had a mostly quiet night aboard his Swindell SpeedLab eSports #00. He’s now amassed four-straight podium finishes in as many starts and will retain his points lead heading into Week 5 of Tour competition next Wednesday night, Dec. 30, with the UMP Modifieds presented by Summit Racing Equipment.

“We were right there at the end. We finally figured out how to run some fast laps there towards the end. I know the two leaders had a little contact that helped us get a little closer there. Who knows, maybe if it was 35 or 40 laps, we would’ve had something for them,” Tucker said.

After all he’d been through, Bergeron still was able to make it back up to fourth when the checkered was thrown, which serves as another solid points night for Team ABR.