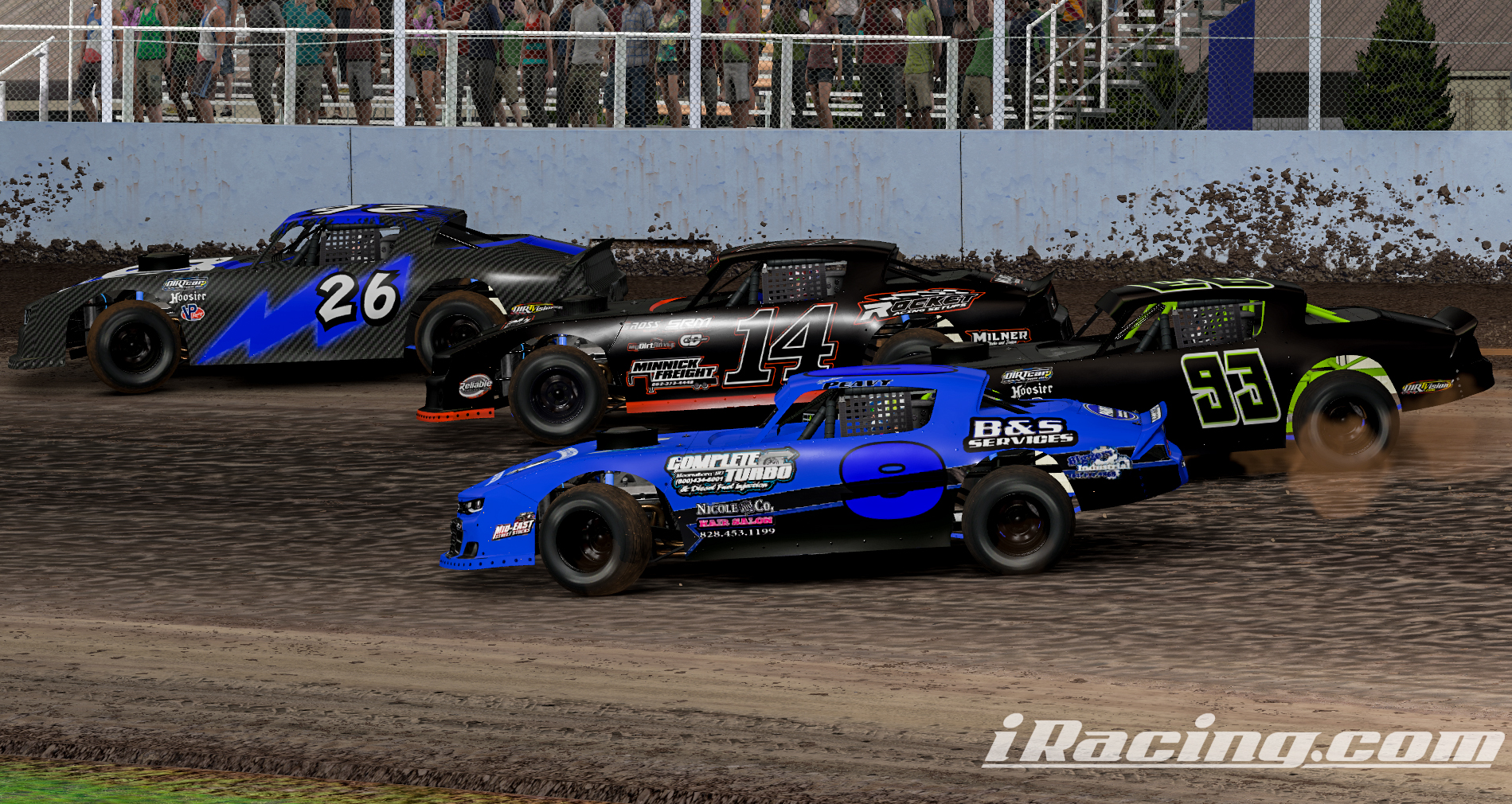 Pedal to the metal out of Turn 4 as the green flag dropped, down the front-stretch with the rest of the top-five right on him. Dalton Peavy was just three laps away from winning in his debut with the DIRTcar eSports Chevy Performance Street Stock League.

He played the final restart perfectly, getting a solid jump on runner-up Sage Luther as the field raced into Turn 1. That turned out to be the winning move, as Peavy went unchallenged back to the finish line to collect the $100 top prize in his first appearance on DIRTVision.

“We had a good race, me and [Luther]. I tried my best to get under him and tried to race him clean. Overall, we had a good night,” Peavy told announcer Rick Eshelman after the big win.

Luther had led the entire race until just after halfway, when Peavy got a great run to his inside and swiped the spot away as Luther hesitated behind lapped traffic.

“[Peavy] wasn’t making any mistakes and I was getting a little loose through the turns, and I think that was when I let him by,” Luther said.

Previous League winners Richie Yost and Lewis Clark felt the full effects of the bump-n-bang-heavy Feature that left several cars crumpled and battered by the end of 30 laps. Each took a DNF as they parked it early after getting into mid-race incidents with accidents happening in front of them.

The Chevy Performance Street Stock League action continues next Wednesday night, Jan. 6, with the second of two visits in Season 2 to the Limaland Motorsports Park. Catch all the action live on DIRTVision!