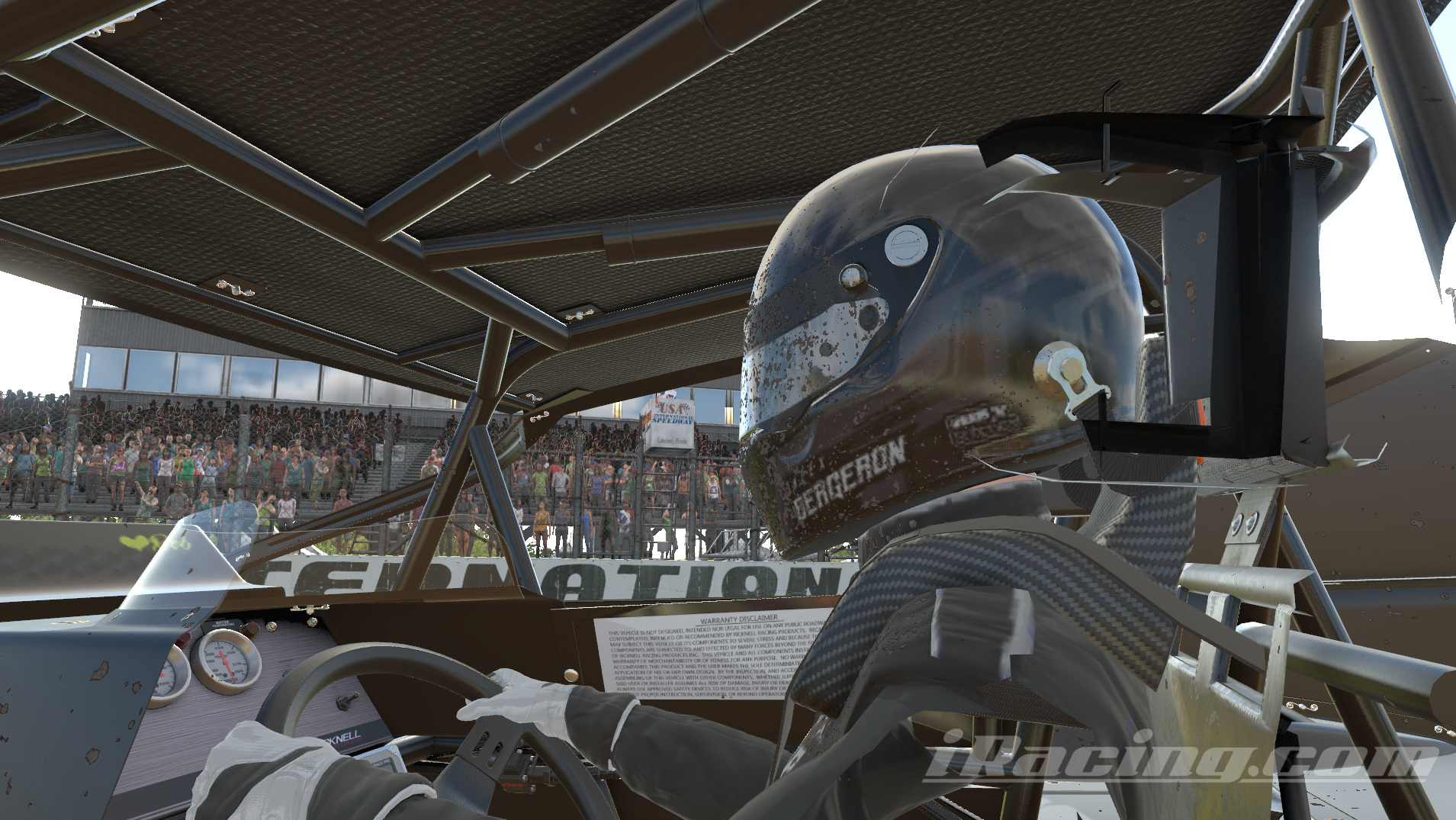 Points difference now at 75, Tucker will clinch championship next week at Charlotte

Alex Bergeron showed an impressive display of resiliency Wednesday night at USA International Speedway, holding off defending Tour champion Kendal Tucker for over half the race to pick up his first Tour victory of the season with the VP Racing Fuels 358 Modifieds.

“We did what we had to do – protect the line there in [Turns] 3-4 and got the win. Pretty happy about this,” Bergeron said.

This win comes as a bit of redemption for the Team ABR leader after a costly penalty nixed his win in the 360 Sprint Car race last week, handing the victory over to Tucker. But this week was a different story – both drivers battled hard, but clean, and put on a show for the DIRTVision presented by Drydene audience.

While Richard Murtaugh Jr. led the field around the big 3/4-mile for the first 18 circuits, Bergeron was forced to wrestle the lead away from him in a big slide job-fest that lasted several laps and involved most of the top-five.

Once Bergeron grabbed the lead, his competition was in trouble. Tucker was his biggest thorn-in-the-side through the rest of the race, clinging right to his rear bumper, just waiting for a mistake to be made by the leader.

But a mistake never showed from the ABR #12. Bergeron led the final 22 laps to pick up his first $250 check of the season and first since January 6 of Season 2.

“I always had great restarts, and made the most out of it,” Bergeron said. “We just had to stay really patient and try not to make any mistakes out front – it’s always easy to make mistakes when you’re leading.”

Tucker crossed the stripe in second, extending his streak of top-two finishes to a whopping eight in his eight starts this season. Now sitting an even 75 points ahead of Bergeron in the standings, Tucker will hoist his second consecutive DIRTcar eSports Tour trophy next week after the Big Block Modifieds wrap up the season in the 10th and final race of Season 3 at The Dirt Track at Charlotte.