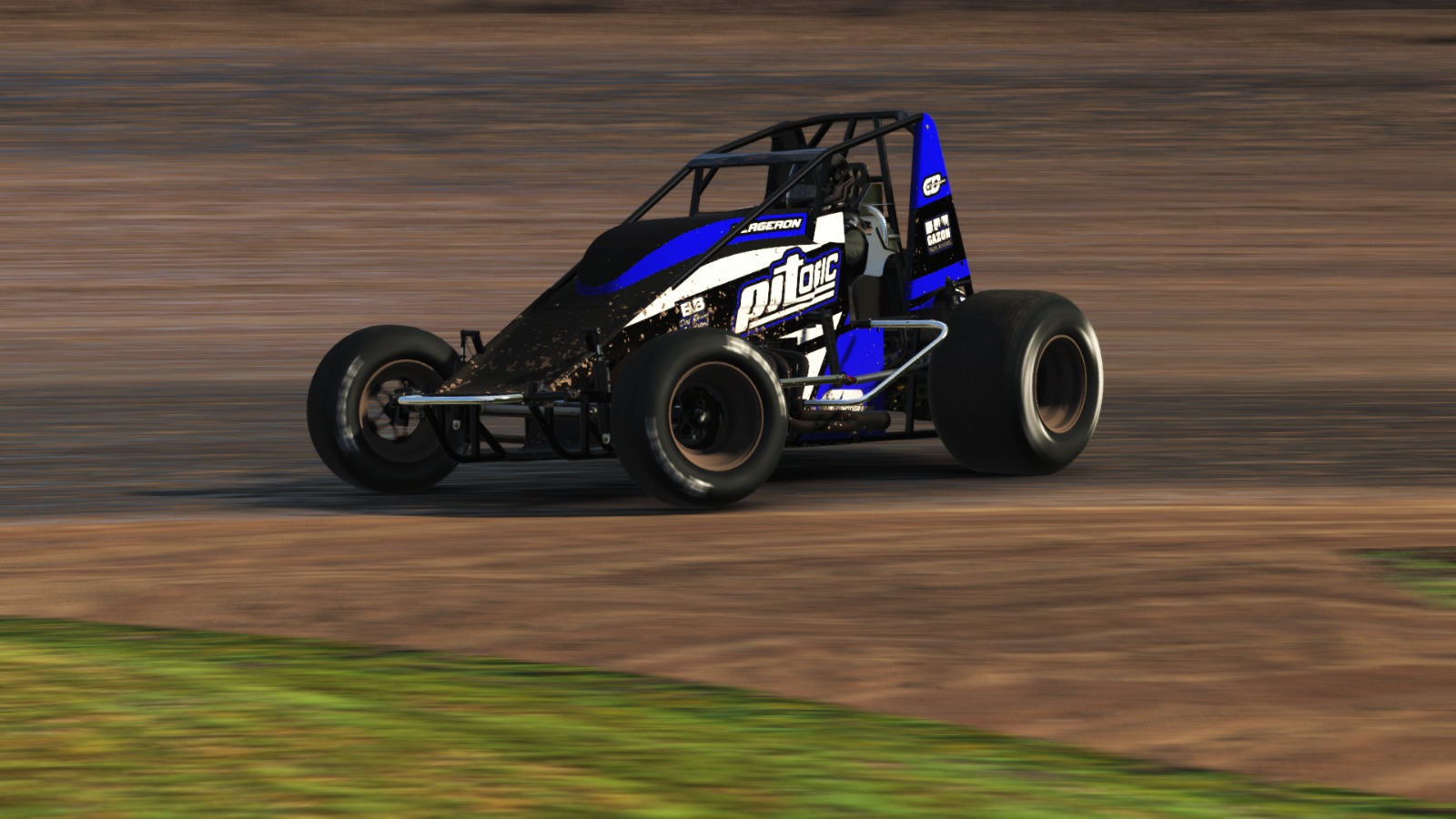 Reigning iRacing Sprint Car World Champion Alex Bergeron climbed all the way from 11th on the starting grid to the lead in the first 14 laps of the first-ever 360 Non-Wing Sprint Car race in DIRTcar eSports and held on for his second career victory in the Epperson Painting Night Before the 500 pres. by Wheeler Motorsports Consulting.

“These are things you can add to your stats,” Bergeron said of the special event’s prestige. “The event being as big as it is, the Fake 500 at Indianapolis [Motor Speedway]… we’re not a part of that but will definitely be watching.”

The race, which drew a total of 49 entries in the preliminary event held before Elbows Up Sim Sport’s marquee Fake 500 event on asphalt, endured several caution flags in the 40-lap affair. Bergeron used those to his advantage, getting great restarts and using the very bottom lane around the Kokomo Speedway to dig for the lead in the early going.

On lap 13, he finally got his chance. Leader Dylan Yeager overshot the bottom lane into Turns 3-4 and Bergeron was there to pounce. He crossed the line in second by less than a hundredth of a second but was able to take the lead away for good the next time around.

“I just had to wait for the right chance,” Bergeron said. “We took it when [Yeager] made a mistake.”

From there on out, it was all Bergeron. Yeager gave it a valiant effort in the closing laps to catch the three-time iRacing world champion, nearly getting underneath him with six laps left, but clipped an infield tire, dashing his chances for victory.

The wings go back on the 360 Sprint Cars for this Wednesday night’s (Dec. 15) event at Williams Grove Speedway. Catch all the action live on DIRTVision.