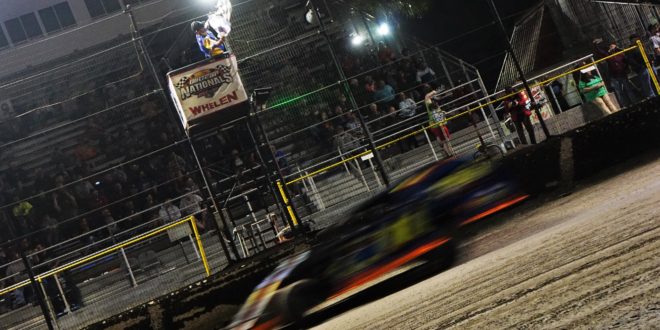 This February, the “Ironmen” of the DIRTcar Nationals will take on an all-new format and a purse increase for the 52nd edition of the historic Florida Speedweeks tradition.

Since the turn of the century, the DIRTcar UMP Modifieds have consistently brought the highest car count in any division competing to Volusia Speedway Park. With over 100 entrants in each of the past two years, and as many or more expected for 2023, a new event format is in order – one that gives even more drivers a chance to win throughout the week, start the Gator Championship on Saturday and put more money in their pockets.

The DIRTcar UMP Modifieds kick off the first week of DIRTcar Nationals, Feb. 6-11, alongside the All Star Circuit of Champions Sprint Cars and the World of Outlaws NOS Energy Drink Sprint Car Series.

PURSE INCREASE
Over $148,000 in prize money will be distributed to competitors over the six days of competition this February – a 118% increase from the 2022 purse – not counting the $100 check given to any driver that does not qualify for the Gator Championship Feature on Saturday night. The new format will showcase six Features a night Monday through Friday and the $5,000-to-win Gator Championship race on Saturday.

Tickets are on sale now at DIRTcarNationals.com. If you can’t be there in person, watch every lap live on DIRTVision.