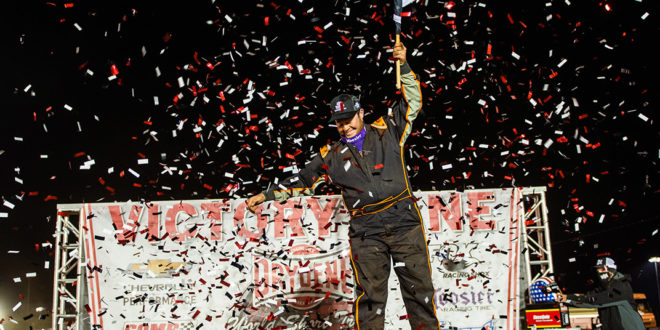 Tucked away at the foot of a narrow dead-end street, encompassed by a city of trees, in rural North Carolina is the home and the garage of a world champion. A Drydene World Short Track Champion.

Standing in his cozy two-bay garage, adjacent to a black Honda that would be at home in a Mad Max flick, Chase Hopper continued to exude the pride he achieved a year ago. With the Victory Lane hat he earned after his first career Drydene World Short Track Championship triumph in 2020 with the Hornet division worn like a crown, Hopper spoke of the day the same way a quarterback talks of just winning the Super Bowl.

“Everybody out here talks about the best of the best is here (at the Drydene World Short Track Championship),” said Hopper, 26, of Stokesdale, NC. “And it really is. There’s some tough competitors there. For us, we went down there just to have fun last year and see where we were at. If we could’ve got a top-five we would’ve been happy with that. We finished third Friday night and we were thrilled. We won Saturday and, man, we had a ball. The best time of my life.

“Everyone came up to me and congratulated me. No one around here has won a big race like that. All the congrats I got, phone calls, texts, emails, I just couldn’t… if it wasn’t for all them people motivating me, you know, it wouldn’t even be worth it.”

To the right of Hopper’s wood-framed garage, is the brick house he initially grew up in and now owns with his girlfriend Chelsea, having purchased it from his grandparents. To the left of the garage, raised by a small hill, is the house he spent most of his life in, still owned by his parents. Between the two is the story of his hopes and dreams.

Like the original tale of most racers, Hopper’s father, Paul – a lifelong dirt racing fan – opened the door to a world his son had never known. Upon his first time seeing it, all he wanted to do was be a part of it.

Giving Chase the chance of realizing a dream, Paul put him in a dirt go-kart. The opportunity wasn’t wasted. In Chase’s second race, he won. Then, he won a lot more. In 15 years of running go-karts, sometimes three or four classes a night up and down the east coast, Chase collected more than 250 wins.

“He’s just got that knack for it,” Paul Hopper said. “Ever since he was young, he just knew how to drive.”

At the end of his career in go-karts, life took over. He took a break from racing for about three years before he got stung by the buzz of Hornet racing.

For those that don’t know what a “Hornet” is – or simply known as a 4-Cylinder in other regions – it’s a stock appearing, four-cylinder-powered, race car with the windshield and windows removed, a roll cage installed and some other bits changed to the drivers’ liking. While they’re one of the most affordable divisions in racing, with the cars potentially costing as low as $500, but with a $4,500 motor, producing more than 200hp, they still put on one of the most memorable shows of the week during the Drydene World Short Track Championship. It’s the Talladega of Hornet events, with cars racing three and four-wide into the turns around the 4/10-mile Dirt Track at Charlotte.

“It’s always some good racing, man,” Hopper said. “People talk junk about this class but there’s always two or three that put on a good show. Racing back and forth, beating, and banging and stuff like that. You get out there with a bunch of people who have raced these cars, it’s like a Late Model class. You’ve got to give respect to earn respect. Once you do, they don’t push you around and they don’t beat and bang on you.” 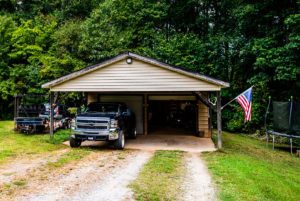 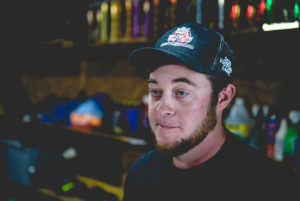 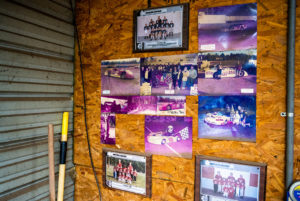 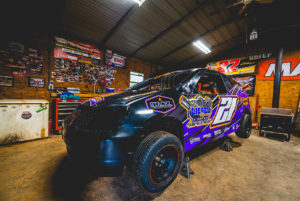 Hopper cut his teeth with the Hornet class behind the wheel of his #21 2003 Honda Civic at tracks all within an hour distance from him like 311 Speedway and Friendship Speedway, picking up several wins along the way. All while working a full-time job as a heavy equipment operator, as a boyfriend and as a father to his four-year-old son Layne.

Hornets have the same characteristics as every other race car, being high maintenance and needy. Most of Hopper’s weeknights are spent working on his Honda alone. Although, his brother-in-law and dad will lend a hand when they can. His dad has been helpful with the suspension setup and providing other tips along the way. Hopper said he’s purposely been trying to work on it alone so he can learn and pass along the knowledge to his son if he ever decides to race.

Those long nights and hours of grind paved the path for Hopper’s “best time of his life.”

He entered the Drydene World Short Track Championship at the Dirt Track at Charlotte for the first time in 2020 with the intention of just running for fun. The track and the event were like nothing he’d ever experienced before. The competition was bigger. The track was bigger. And the entire three days put him on the biggest stage of his racing career.

The racing produced by the 4/10-mile track was a new world, as well.

“Charlotte, man, it’s got a lot of speed in that place,” Hopper said. “A lot of people don’t realize, up there, you’re tucked up next to the outside wall. It’s a whole different experience. Everywhere we run, they run middle of the track or bottom at the short tracks. But there, man, a car could blow around you on the outside and you’re like, ‘Wow, is that the other cars?’

“These motors, we can go off into the corner, burp the throttle and hammer back down. A lot of these tracks you have to roll in and kind of ease back into the throttle. There, it is more of a wide-open pace. If you’re not wide open, you’re not going to be up front, that’s for sure.”

In his first laps around the Charlotte Dirt Track, Hopper qualified sixth and put himself in contention for a win during the Friday night race before having to settle for third. Then, on Saturday, the seas parted, providing a path to exceptional glory.

Alan Carter was the early leader of the race with Eddie McGraw in second and Hopper in third. In the late stages of the race, Carter broke and had to retire from the race, leaving the battle for the win to McGraw and Hopper. With a lap to go, Hopper was prepared to finish second. Content and happy with the result. Then, the chance at glory was placed in his hands. McGraw broke and Hopper inherited the lead.

“I don’t think I took my eyes off the gauges the entire last lap,” Hopper said. “It always seems like something happens in those situations. I was just hoping nothing broke.”

The hours in his garage of attending to the car’s every need, making sure no bolt was left unturned, helped guide him to his first Drydene World Short Track Championship win.

“Oh man, I was jumpin’,” Hopper said with a prideful grin. “I wish I could see my in-car. I was going wild inside the car. I couldn’t believe it at first, but when I pulled into Victory Lane, I was like, ‘Wow, this really happened.’”

Hopper aspires to drive a Late Model one day, and see his name presented on another big stage. But for the three days at the Drydene World Short Track Championship, there’s nothing bigger. While others see him pulling up to the track with a Hornet on an open trailer, the prestige of the event given to every division makes him feel no different than a World of Outlaws team pulling up with a full-size rig at the NGK NTK World Finals.

“When you go and run [World Short Track], they treat us like the super Late Model guys,” Hopper said. “There’s no difference in how they treat us. Some places, it’s, ‘Oh, that’s just the front-wheel-drive class.’ We’re what we’re called as “money fillers.” Just there to cover the purse. There, they don’t treat you like that. If you’ve got a question or got a concern, you can go ask an official and they are more than glad to help you. Just a whole different aspect. Different than anything I’m used to local racing.”

Tucked away at the foot of a narrow dead-end street, encompassed by a city of trees, in rural North Carolina is the home and the garage of a local hero, eager to stand on the stage as a world champion, again. A Drydene World Short Track champion. 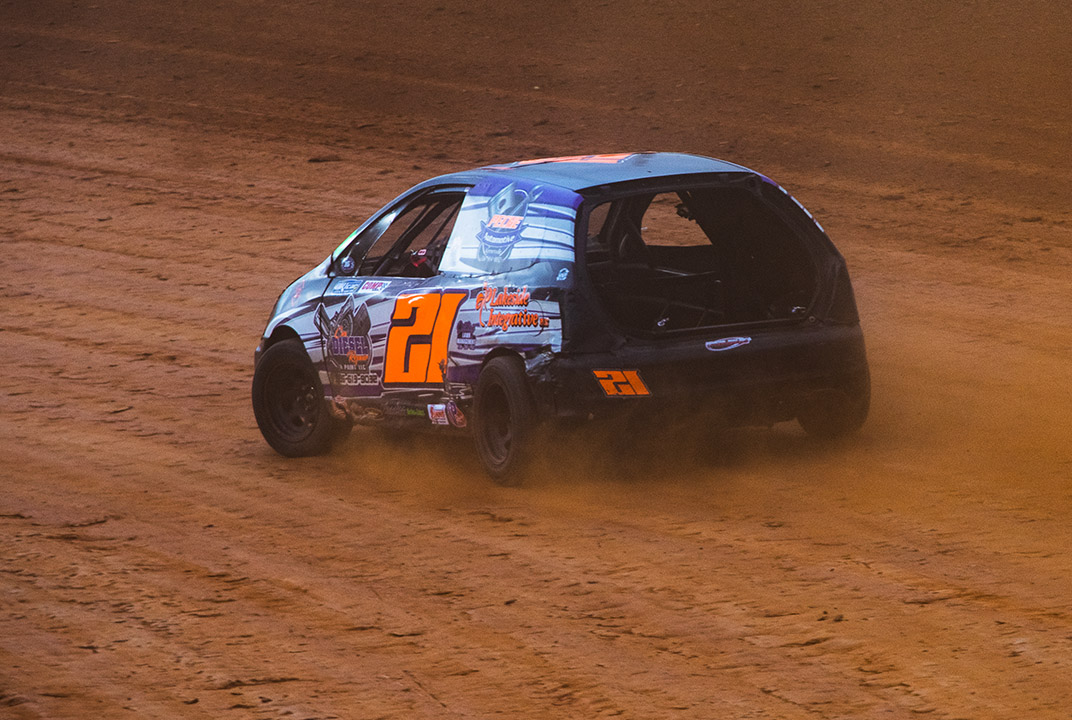