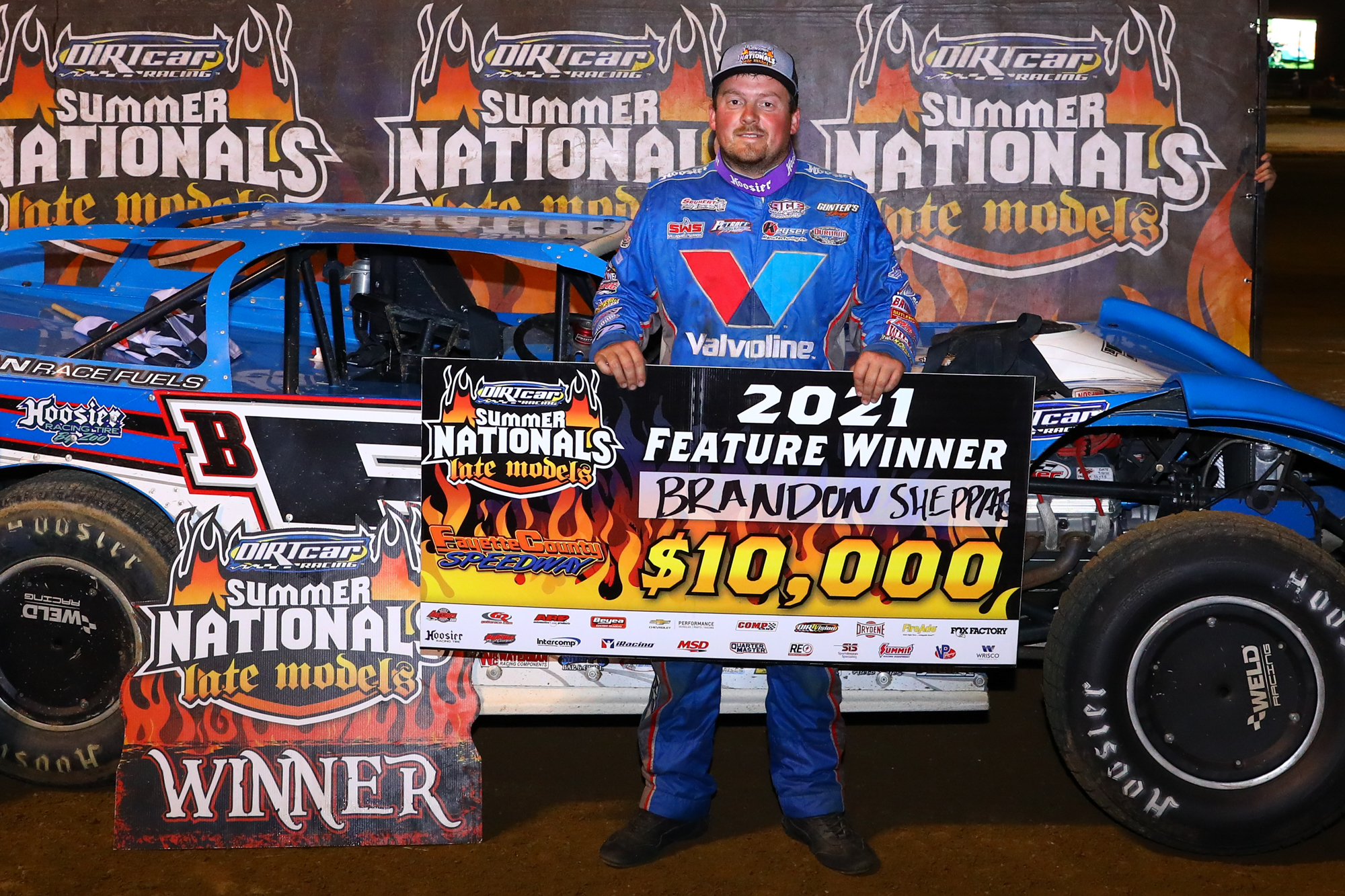 B5 IS BACK: Sheppard Leads All at Fayette County for 25th Career Hell Tour Win

Ten years ago to-the-date, an 18-year-old Brandon Sheppard became the youngest driver ever to win a DIRTcar Summer Nationals Feature with a breakout win over his Illinois racing idols.

Friday night at Fayette County Speedway, the now 28-year-old Dirt Late Model superstar collected his 25th career Hell Tour victory over some of those very same drivers, leading all 50 laps to collect the $10,000 check and his first win of the week.

“I’ve been racing for a long time, it seems,” Sheppard, of New Berlin, IL, said. “I’m only 28, and to say that I won my first Summer Nationals race 10 years ago now, it’s pretty crazy.”

Sheppard won his Heat Race and redrew the pole for the Feature, setting him up for a clean-sweep of the green-to-checkered Feature. He blasted off at the drop of the green and took his Rocket Chassis #B5 to the high side, holding off the opposition and sailing around lapped traffic with ease as he led all 50 laps around the quarter mile.

Back Behind Sheppard, a three-way battle for the runner-up spot raged on between Shannon Babb, Tanner English and Ashton Winger. They went outside-middle-inside for a few corners before lapped traffic split them up.

Winger batted with Babb for several laps before fading back to fourth. Babb and English soon broke away and engaged in a side-by-side battle of their own – Babb got the upper hand on the low side after losing the spot multiple times to English. He did his best to reel-in Sheppard in the final laps, and actually closed the gap to under two-and-a-half seconds but was no match for Sheppard’s speed out front.

After the sour ending to his bid for the lead in last year’s Summer Nationals visit to Fayette County, Sheppard sang a song of redemption Saturday night in front of his family and Illinois fans.

“I’ve been really fast here the past couple of years, and I felt like I gave it away here two years ago. Last year, we had a really great race and a really fast car and got into it with Brian [Shirley] and Frankie [Heckenast]. It cost us a chance at it that time,” Sheppard said.

Sheppard had been battling internal mechanical malfunctions since his season debut on Wednesday night, but was glad to have them solved in time to win $10,000.

“Definitely a big weight off my shoulders to get this thing back in Victory Lane,” Sheppard said. “We’ve been struggling, I don’t know if it’s the motor problems or me not having the car right – it’s probably a little bit of both.”

Riggs Motorsports pilot Tanner English crossed in second and made up some points in the standings on leader Bobby Pierce, who was not in attendance Saturday. Shannon Babb, still in the search for Summer Nationals win #100, came home third after the battle with English. Jason Feger and Mitch McGrath, who bagged his second top-five of the season, completed the top-five.

The Hell Tour next stops at Lincoln Speedway Sunday night, July 4, for an Independence Day special. Catch all the action live on DIRTVision presented by Drydene. 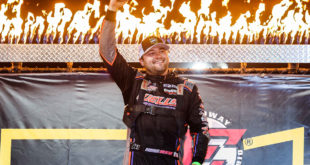